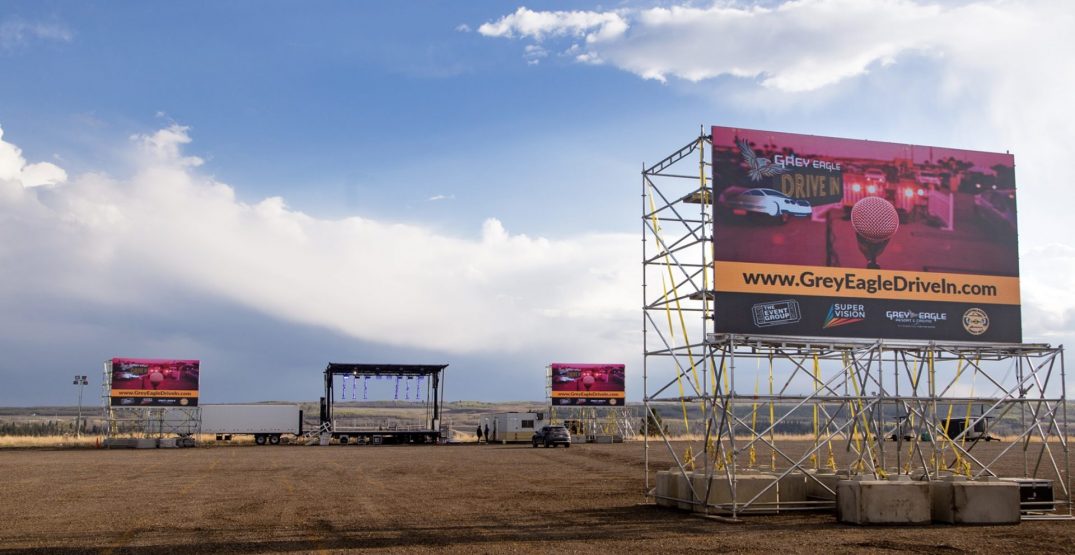 The Grey Eagle Drive-In has released its summer concert lineup, and audience members will soon be allowed to sit outside of their vehicles during shows.

The venue has been running weekly drive-in movies for the past month, and the Grey Eagle announced on Thursday that a concert series is coming to the Tsuut’ina Nation spot as well.

These events are in addition to the movie lineup that the venue has been running on a weekly basis.

The Grey Eagle Drive-In boasts a 206-car capacity for drive-in concerts, and a 1,000-person capacity for festival events. The site offers an open parking space in between each vehicle and, starting June 16, this space will become a spot where audience members can set up their own “lounge party.”

A post shared by Grey Eagle Drive In (@greyeagledrivein)

According to a press release from the Grey Eagle, beginning August 13, attendees will also be able to come to an open spot with no vehicle, and set up their own lawn chair in a general admission format.

“Guests can take in the shows under the sun and stars in their own lawn chair beside their vehicles,” says Smith, “but if it rains, the show goes on under our covered stage and our guests can retreat to their cars until the rain passes.”

It’s important to note that the new setup will continue to follow the current COVID-19 protocols that are in place by Alberta Health Services and the Tsuut’ina Nation. This means guests will be required to wear face masks and are not allowed to wander the site, other than to visit the washroom.

The venue, which is Southern Alberta’s largest drive-in, has been open since May 7 and features a state-of-the-art stage for bands to perform and industry-leading sound, lighting, and video.