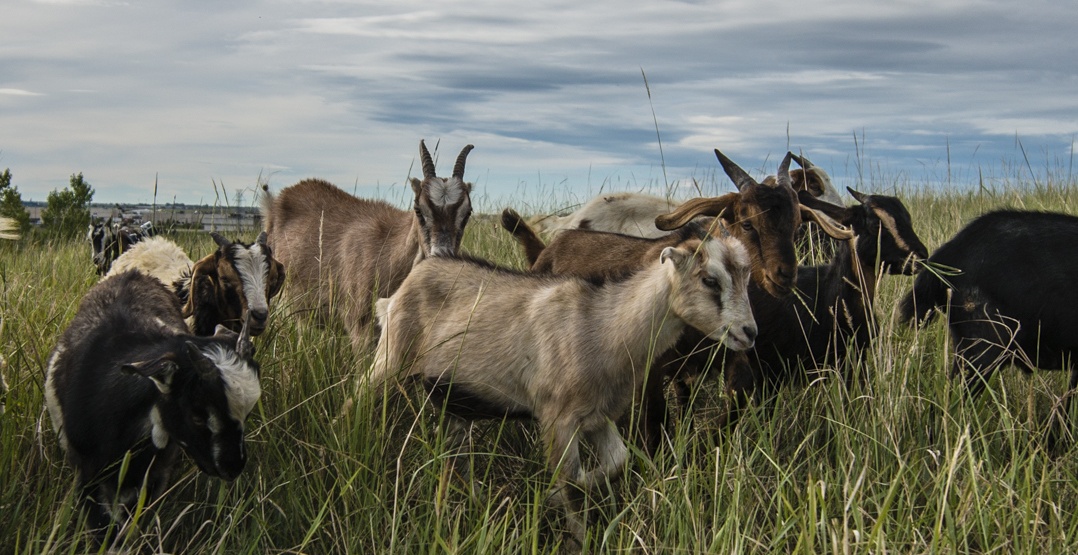 For the second year in a row, goats will be roaming around Calgary’s McHugh Bluff, doing what they do best: Eating and pooping.

It’s all for a good cause, though, as around 200 goats will be eating all types of invasive weeds, called targeted grazing, which is an environmentally-friendly alternative to using herbicides to deal with the issue.

“Their droppings act as fertilizer and their hooves help till and aerate the soil,” Chris Manderson, urban conservation lead for Calgary Parks, said in a release for the city. He also noted that the acidity in the goats’ stomachs will destroy invasive species’ seeds so that they don’t redistribute them through their feces — as would happen with some other animals.

Goats are also an ideal choice for weed control and habit restoration all the way out on the bluffs as they are able to climb slopes that might otherwise be too difficult or dangerous for crew members to venture, according to the release.

The naturalization process is part of the council-approved Biodiversity Strategic Plan that has Calgary set to restore 20% of its open space by 2025.

So far, four sites are under grazing this year, Manderson told Daily Hive in an email.

The herd will be managed by one of three shepherds with trained herding dogs who are there to protect the goats and horses.

If you want to visit the goats while they’re on the job, the City of Calgary has asked visitors to keep a few things in mind:

Arriving last week, these furry workers will be at the bluffs until early to mid-August. They’ll be on-site for around 10 days from 9 am to 6 pm, but these hours will vary depending on the weather, according to a tweet by the city.