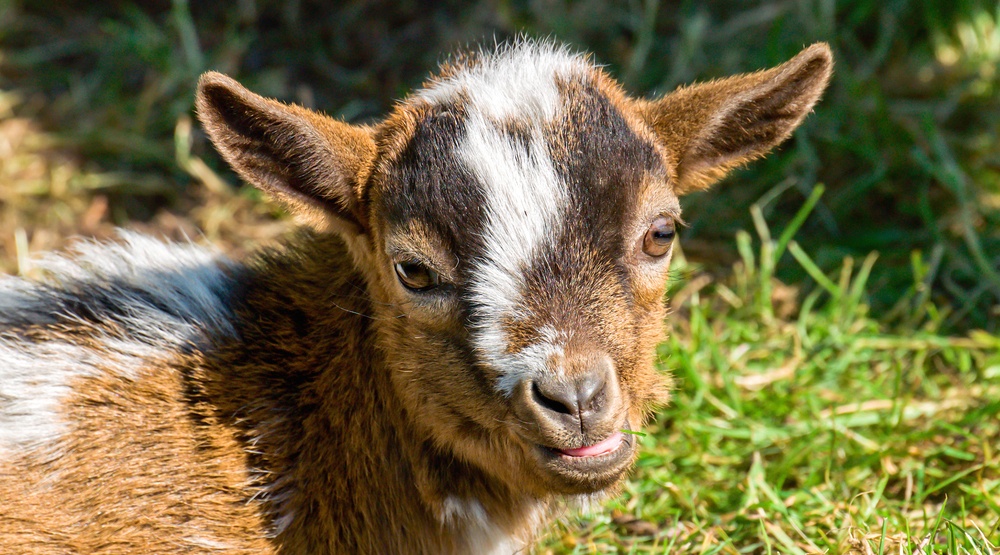 Close-up onto a goat's face (Shutterstock)

One of the largest parks owned and operated by the City of Calgary will be maintained by a large herd of goats this summer.

The municipal government announced this week that about 200 goats will once again be chowing down on the weeds at Confluence Park, also known as West Nose Creek Park.

Over the coming week, the goats will target weeds and other invasive species while also reaching areas that are difficult for crews to maintain, such as unstable steep slopes, bluffs, rock piles, and riparian areas.

To allow shepherds with dogs and horses keep control of the goats without any disruption, City staff are advising that park goers keep their distance, obey the shepherd’s requests at all times, and keep their dog on-leash.

This is the second time goats have been brought into the 180-acre park to deal with its wild vegetation. In 2016, about 100 goats were used for the first phase of the pilot project, and according to staff they “did an excellent job targeting a significant volume and variety of invasive weeds such as Canada thistle, hound’s tongue, and hawkweed.”

“So far we’ve learned that goats can be used in an active park without disrupting park visitors’ enjoyment of the park, whether on foot, on bicycle, or with a leashed dog,” staff added.

This week’s ‘mowing’ operation by the goats is the second phase of a pilot project, which will include a scientifically-designed study to monitor the long-term effectiveness of controlling target invasive species, controlling woody species encroachment, and mitigating impacts on non-target native species.

The goats will return to the park for two additional separate weeks later this summer and fall.