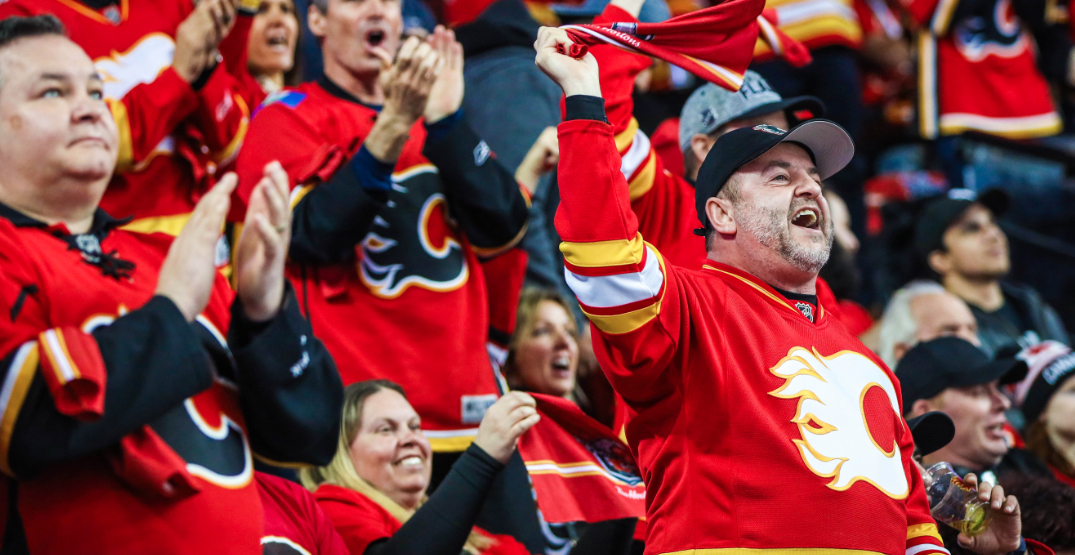 The Calgary Flames are hoping the “C of Red” will spill outside the Saddledome.

The Flames announced the team would be hosting the Red Lot Community Viewing Party free of charge for fans of all ages at each Calgary home game during the Stanley Cup Playoffs.

The party on the Stampede Grounds beside the Saddledome will feature games broadcast on an “enormous TITAN screen” and feature interactive stations, prize giveaways, and food and drink options.

The Red Lot Community Viewing Party will also feature appearances from members of the Flames alumni, mascot Harvey the Hound, Terry Cahill of Fubar fame, the Red City Drumline, and the On The Bench crew.

The NHL has not yet set playoff dates.

The party will be on for each Flames home game, starting three hours before puck drop and lasting until the end of the game.

Tickets are not required to attend.