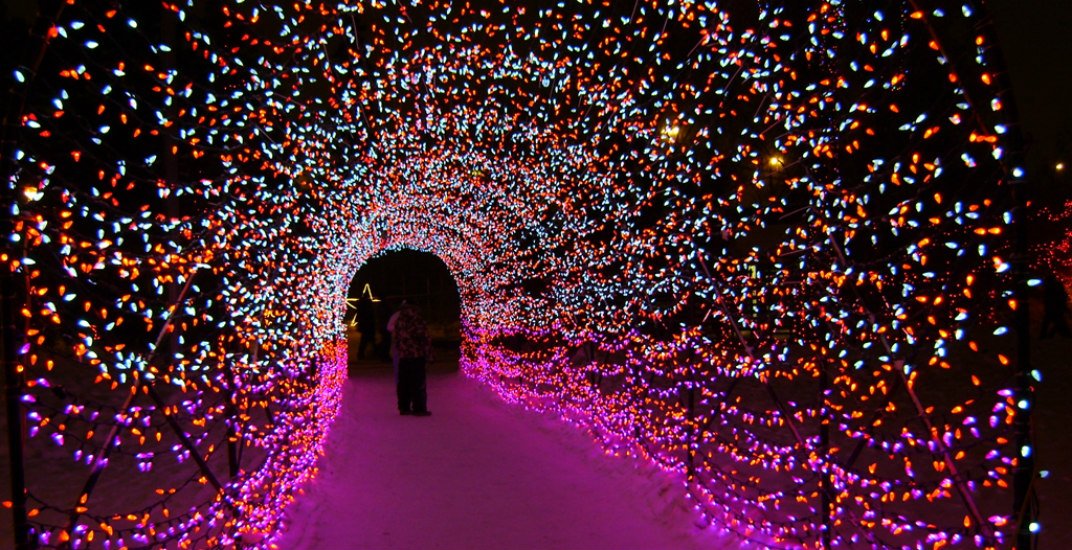 Did that work week feel extra long or is it just us? Celebrate your much-deserved days off this Saturday by checking out one of these great events.

What: The 23rd year of Zoolights features millions of lights, new themes, classic activities, and special guests in 2019. Bundle up and check out Wizarding Wednesdays, fire pits, the Wishing Tree, ice skating, and more.

What: The Spruce Meadows International Christmas Market offers visitors to the market a dazzling display of lights, delicious treats, and the perfect place to get a few pre-Christmas-chaos presents. Live entertainment is also planned to be on scene, so be sure to expect a few of your favourite Christmas tunes alongside some more international songs.

What: The Banff Christmas Market at Warner Stables features a variety of gifts for everyone on your list. Shop for goods inspired by Rocky Mountain culture, plus enjoy festive entertainment and culinary treats throughout the weekend. 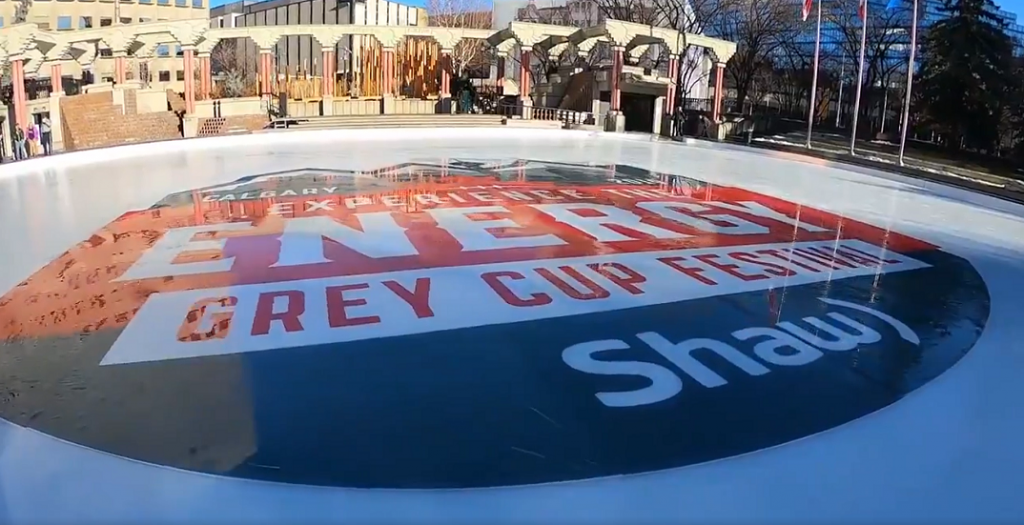 What: As part of the four-day Grey Cup Festival, City of Calgary is offering free skate rentals at Olympic Plaza until November 23. Those who have their own pair of skates will be able to skate for free.

What: The Blue Jay Cafe, presented by Eat North and Calgary Country, supports the Community Kitchen Program of Calgary. Attendees can expect 12 returning performers from the inaugural Blue Jay Cafe pop-up plus over 20 new musicians from across BC, Alberta, and Saskatchewan.

Once Upon a Christmas at Heritage Park

What: The event will feature wagon rides, Christmas carols, and a visit by Mr. Claus himself at the historic village. Attendees will be able to learn about what Christmas was like back in the day as many of the homes and buildings will open their doors to the public. Shopping will be available at the gift shops at the front gates, hot drinks and snacks can be found at the Railway Cafe, Wainwright Hotel Bar Room, and the Club Cafe, and a Christmas breakfast buffet will be served each morning — for an additional cost.

What: Hop on the train and journey to the North Pole, complete with hot cocoa, cookies, and dancing waiters. As the journey begins, passengers will be entertained by a reading of The Polar Express. Once you get to the North Pole, you’ll be greeted by Santa himself. From carolling to holiday entertainment, the Polar Express is a magical holiday experience for the whole family.

When: Various dates from now until December 24
Time: Various times
Where: Box 30, Mossleigh (1 km west of Mossleigh, AB on Highway #24)
Tickets: Available online, $75 per guest (sold in sets of two or four)

What: MEC Calgary is hosting Know the Snow Weekend on November 23 and 24, with free winter workshops and clinics, experts on-hand, and prize draws. Learn new skills, safety tips, and more.

The Mean One On Tour at Westbrook Mall

What: Get your photo taken with The Mean One from November 22 to November 24 at Westbrook Mall.

What: Fort Calgary presents a screening of 1946’s Gilda in the Burnswest Theatre as part of their Black & White Movie Nights series. Snacks and a cocktail will be available at this licensed event, and complimentary museum admission included with ticket. Katie Wackett from Calgary Society of Independent Filmmakers will also briefly discuss the role of the “femme fatale” in the film. 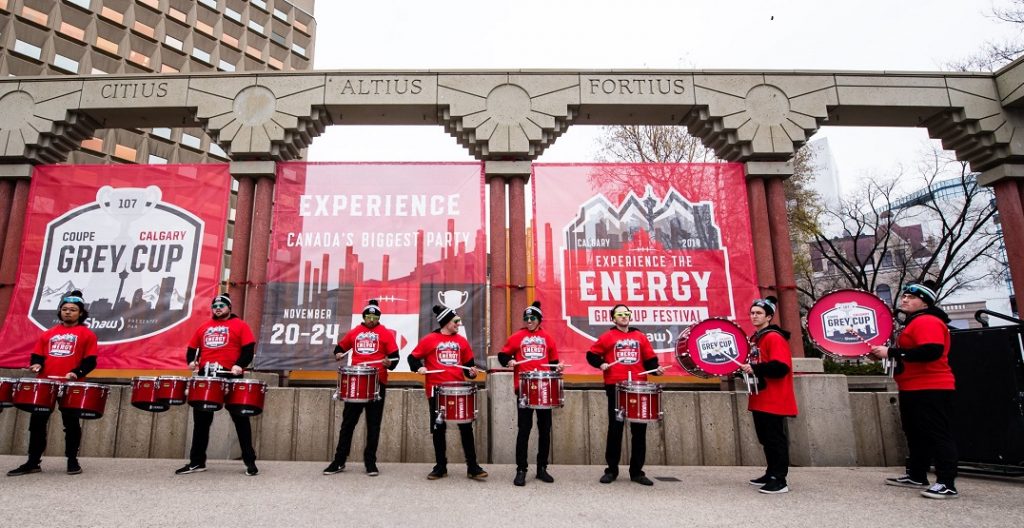 What: Part of the Grey Cup Festival, the Nissan TITAN Street Festival features a variety of family-friendly activities. Go on the Jiffy Lube Tube Slide, check out the 360-degree projection in the ATCO Stratosphere, enjoy live music and entertainment, get your face painted, and more. Then stay for the fireworks at the end of each evening with music by Canadian musicians.

What: The fourth annual Find Christmas Downtown event at the CORE Shopping Centre has corporations, non-profit organizations, and media partners coming together to decorate 150 trees throughout the space. The trees will remain at the mall for the holiday season until December 18. After that, they will be delivered to local families in need across the city. 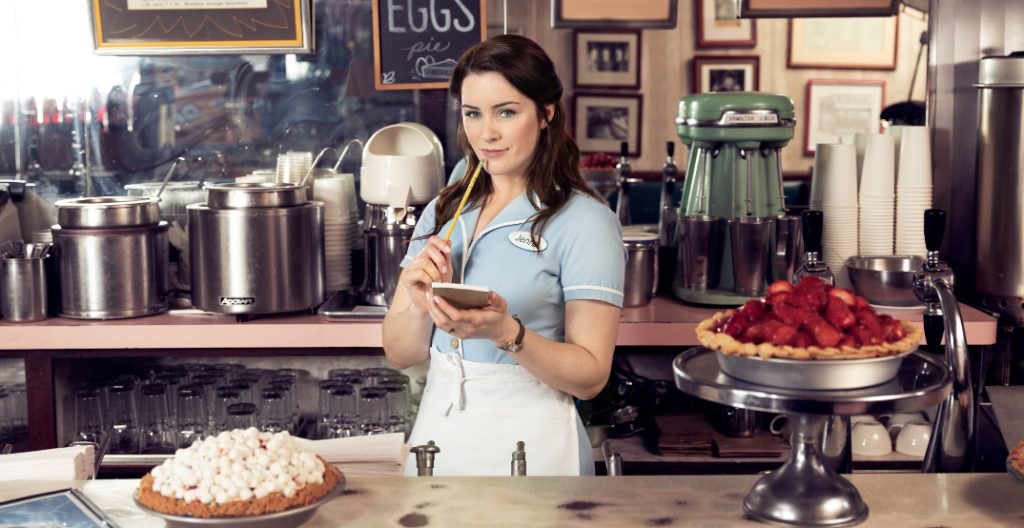 Lucie Jones from the London Production of Waitress (Rene Cervantes)

What: Broadway Across Canada presents the Tony-award nominated Waitress. Brought to the stage by an all-female creative team, Waitress features original music and lyrics by Grammy-nominated Sara Bareilles, a book by acclaimed screenwriter Jessie Nelson, and original direction by Tony Award-winner Diane Paulus.

Sherlock Holmes and the Raven’s Curse

What: The world premiere of Sherlock Holmes and the Raven’s Curse by R. Hamilton Wright. The world’s most famous detective returns to his childhood home to uncover the circumstances behind the death of his favourite uncle. He discovers an ancient family curse along the way and meets many more mysterious figures.

What: From mid-November until the end of December, the Banff Gondola will turn its sky-high destination into a Winter Wonderland, complete with visits from Santa, cookie decorating, star gazing, and a mulled wine bar. Kids get free admission (one per adult admission) if they take the gondola up before noon, and all the Christmassy goodness that awaits at the top is built into the price of the ticket.