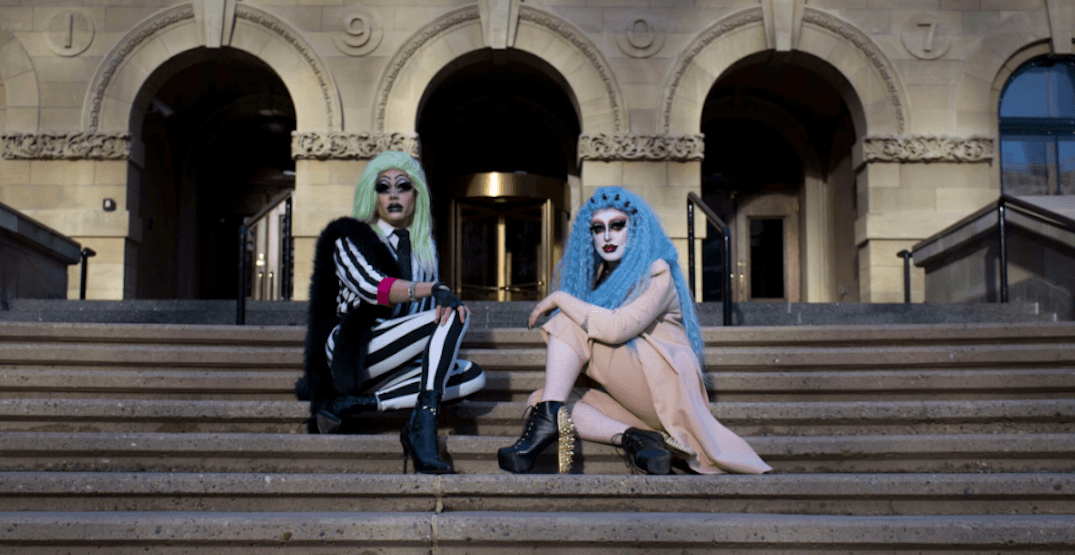 While queens traditionally reign in a monarchy, Calgary drag queens will be out and about on Wednesday morning in support of democracy.

Drag Out the Vote, an event that will see drag queens, kings, and monarchs from all around the city gather to cast their advance vote ballots, will take place just before noon on Wednesday, April 10, and all Calgarians are invited.

Seeing as Albertans are allowed to vote at any voting station during the 2019 provincial elections advance vote (running from April 9 to 13), the organizers behind Drag Out the Vote figured casting those early ballots would make for a fabulous party — the category: Election Eleganza Extravaganza.

Attendees are encouraged to meet at Capuccini in the Olympic Plaza block at 11:45 am on Wednesday before strutting their way over to City Hall to cast their ballots.

Albertans are encouraged to dress in drag for the event (or just come as you are) but to make sure to bring two pieces of authorized ID from the official list.

“We want to remind Albertans that it’s fabulous to be yourself, and that the drag community will continue to fight for the rights of queer people across this province,” said Sam Brown, Drag Out the Vote organizer, in a release.

“And besides, who doesn’t love a little mid-day drag?”