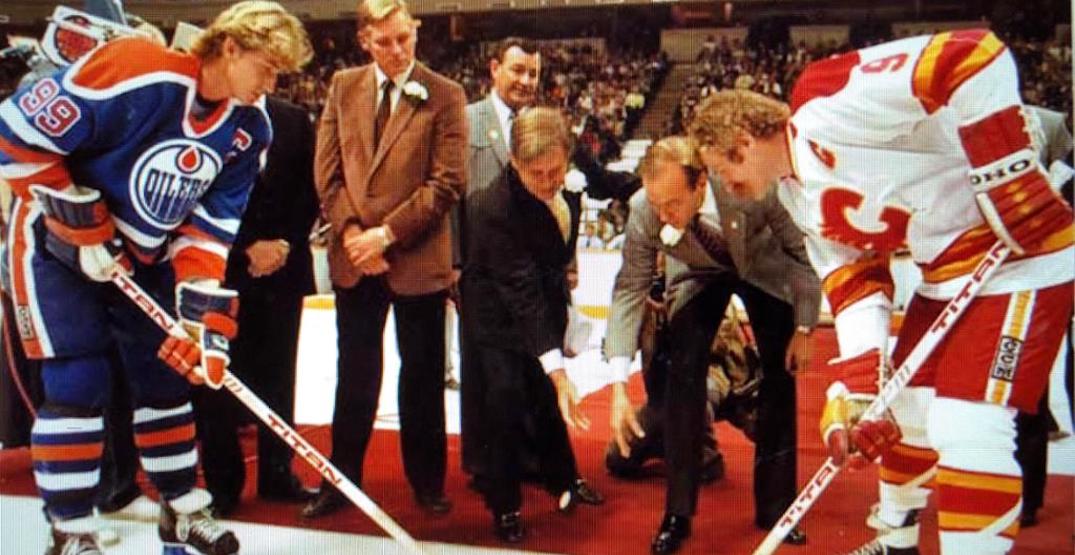 Calgary’s sporting community is in mourning following the death of Frank King.

King reportedly died on Wednesday while training for a track and field meet at the Glencoe Club in southwest Calgary.

An instrumental part in bringing the 1988 Olympic Winter Games to Calgary, King helped give the city a spot on the international stage and jumpstarted Canada’s involvement in winter sports competition.

He co-founded the Calgary Olympic Bid Committee and had a large part in winning the Olympics bid in 1981 alongside former Calgary mayor Ralph Klein, Bob Niven, and Bill Pratt.

We will light the flame tonight from 9pm – 10pm then feature Olympic coloured LEDs from 10pm – 3am in honour of Frank King, the chairman and CEO of the 1988 Winter Olympics. We thank Frank for his vast contribution to our city’s legacy. pic.twitter.com/173wEEs2Zh

King went on to become CEO of the 1988 Olympic organizing committee.

“A straight line can be drawn from the immensely successful Calgary Olympic Winter Games and the transformational legacies left to sport, to Canada’s recent record medal performance in PyeongChang and to all the lives changed in between,” said Tricia Smith, president of the Canadian Olympic Committee, in a statement on Friday.

“Every member of Team Canada owes Frank a huge debt of gratitude. A gratitude as great as the loss we all now feel. Our thoughts are with his family, and with the many who loved him.”

The Calgary Flames, of which King had been a day one season ticket holder, also released a statement following the news of King’s passing.

“Frank’s community contributions are legendary and will be acknowledged forever as one of the key forces providing the vision, passion and execution to bring the ‘best ever Olympics’ to our little city on the Bow,” the release states.

“Moving to Calgary in 1988, Frank was one of the first people I met. He was a personal and professional mentor ever since. To find anyone more passionate about his home team Flames, would be a great challenge. This Calgarian will be greatly missed,” said Flames President and CEO Ken King in the release.

Frank’s son Steve spoke to his father’s love of sport in the Flames release.

“He was one of the lucky ones that kept essentially the exact same seats from the Corral to the Saddledome and through the renovation as well,” said Steve King in the release.

“He was also a witness to our Stanley Cup victory in Montreal. In fact, he inadvertently punched a Habs fan on the chin when he jumped up as Lanny put that goal in! He and my mom have also been Stamps season ticket holders since 1970.”

King was 81-years-old at the time of his death.