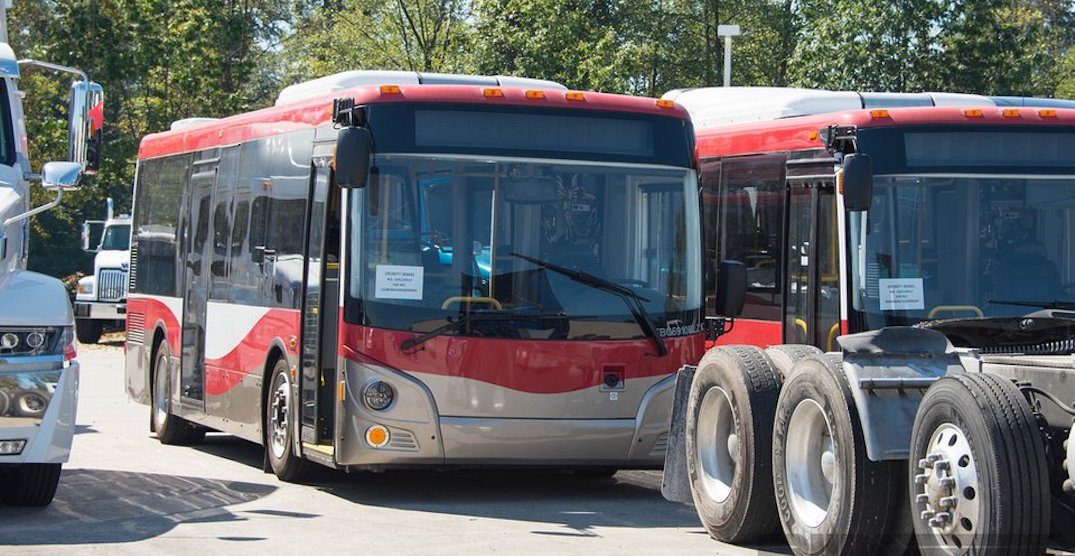 Calgary bus drivers and teenagers aren’t exactly the best of pals, but an unlikely concord between the two was what it took to save the life of a rescue dog.

A release from the City of Calgary states that transit operator David Bolander had been driving his community shuttle in the community of McKenzie Towne when he saw a loose dog.

The dog, Charlie, had gotten off its leash and had run off from its owner, Leslie Sammel.

Sammel had been chasing the dog, according to the release, though Bolander could tell that the dog was getting further and further away from its owner and decided to act.

He stopped his bus, put the hazard lights on, and took off after Charlie, running down Promenade Way SE.

Charlie had been heading towards 52nd Street, which Bolander knew was a busy roadway.

“I didn’t like the dog’s chances if it made it to 52nd Street,” Bolander said, in the release.

As he chased the dog, the bus-driver-turned-rescuer spotted a group of teenagers ahead of him. He called for them to stop Charlie, and they managed to grab him and hand him over to Bolander.

He then handed the dog back to Sammel, who stated in the release that she had been quite shaken by the whole ordeal.

“At this point, I was pretty hysterical,” Leslie said.

“The bus driver calmed me down and gave me the dog back. If he had not taken the time to realize my situation, I’m not sure the dog would have survived running across a busy street.”

Sammel’s daughter Shannon had recently adopted Charlie, and the dog had been supporting the 30-year-old as she battled a serious autoimmune disease.

“As my daughter has said to me, her dog has also rescued her,” Sammel said, in the release.

“I cannot adequately express my gratitude to this wonderful bus operator.”