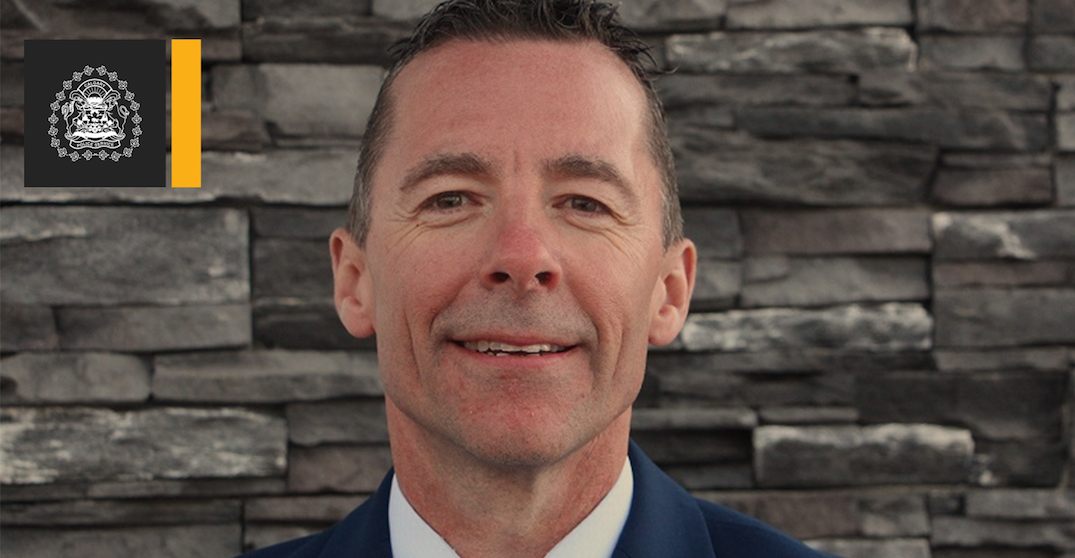 The Calgary Police Service just got a new chief.

Mark Neufeld was appointed the new chief constable of CPS in an announcement made on Tuesday morning.

Neufeld previously worked for 24 years with the Edmonton Police Service and is just now coming off of two years as chief of the Camrose Police Force.

He was chosen by the Calgary Police Commission thanks to his “well-rounded career,” according to a City of Calgary release.

“The Commission saw a people-first leader with decades of achievements building the resilient, high-performance cultures critical to enhancing community safety. He has also supplemented his accomplishments in policing with a Master’s degree in criminology and police management from Cambridge University.”

Well @CalgaryPolice and Commission, it’s been quite a day! Thank you all for the warm #yyc welcome! Thanks to everyone who turned out at Westwinds and District 5 to say hello. It was truly a pleasure…my pleasure! pic.twitter.com/C3EzcVYQKO

Throughout his time in Edmonton and Camrose Neufeld was decorated with a number of awards, earning 21 formal recognitions including the Queen’s Diamond Jubilee medal, a Leadership Excellence Award from the Province of Alberta, a Police Exemplary Service medal, and the Integrity Award from Rotary International.

He currently serves as the president of the Alberta Association of Chiefs of Police, is a leader of the Women in Policing committee, and chairs the Alberta Law Enforcement Response Team provincial board of directors.

On behalf of the Calgary Police Commision, we’d like to introduce you to our new Chief Constable @neufeld_mark! #Calgary #yyc Details: https://t.co/iJSm5Kx7Lj pic.twitter.com/2NmE2MqX0V

“The chief sets the leadership for a service that does great work, builds communities for all Calgarians, and provides meaningful careers for all its members,” said Calgary Mayor Naheed Nenshi, in the release.

“I know that the Calgary Police Commission had all of this in mind in making this choice and I look forward to working with the new chief to strengthen the service and keep us all safe.”

The decision to appoint Neufeld came after a competitive Canada-wide search on the part of the commission, relying on citizen and CPS staff engagement to influence their ultimate decision.

Fantastic! I’m looking forward to what we can accomplish together. https://t.co/E7UOgQB5Yo

“I am thrilled to be joining the Calgary Police Service – a highly respected organization comprised of great people in a beautiful city,” Neufeld said, in the statement.

“Working together, we will create a safe, respectful, and inclusive culture where people come first. Our collective efforts will have a strong and positive impact on the communities we are so privileged to serve.”

He is expected to start in his new position no later than June, according to the release.