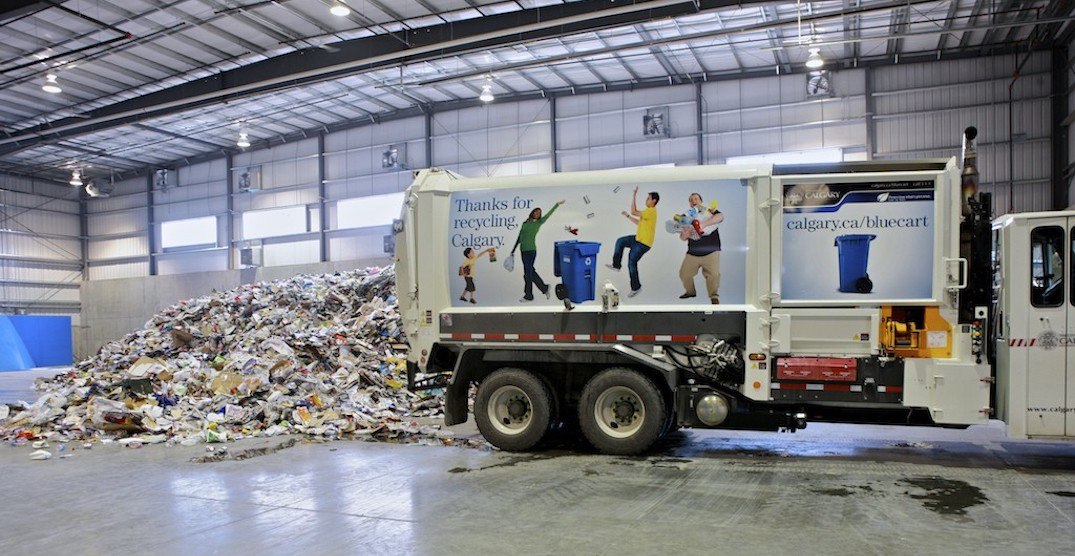 The City of Calgary is celebrating the birthday of something quite near and dear to its heart: The blue cart recycling program.

It may not sound like the most glamorous of services offered by the City, but the program has been doing some serious recycling work over the past decade, as evident in a release from the City.

“It’s great that Calgarians have been using their blue carts so diligently and successfully this past decade,” said Sharon Howland, Leader of Program Management, Waste & Recycling Services, in the release.

“We’re happy to see that this is now a regular part of the household routine. It makes a big difference in keeping our communities clean and green.”

According to the release, the program has led to the recycling of over 600 million kilograms of material over the past 10 years.

A tweet from the city notes that that’s enough material to fill up The Bow building… eight times over.

♻️Today is the 10th anniversary of the blue cart.

In the last decade, Calgarians have recycled 600 million kilograms of material, the equivalent of filling The Bow building eight times! #yycbluecart pic.twitter.com/Iv4XsiKixN

“There is an enormous environmental and social cost to extracting, manufacturing, consuming and disposing of all of these goods,” Howland said in the release.

“Recycling allows us to put our old packaging back to good use by turning it into something new.”

According to the release, around 330,000 Calgarians households are serviced on a weekly basis, with 95% of Calgarians recycling through the blue cart program regularly.

The release also noted that the paper alone recycled through the program saves around a million trees every year.