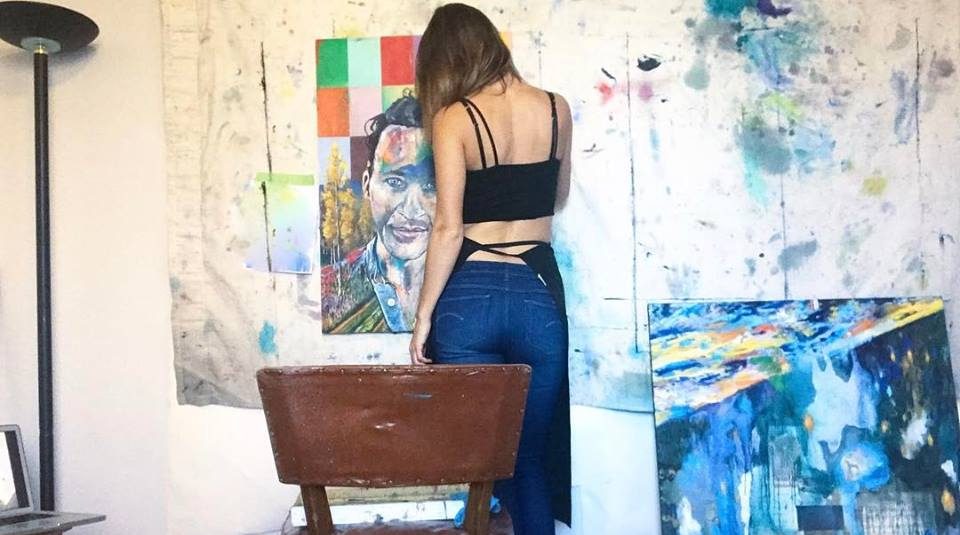 Calgary has a booming art and music scene. Our city is full of amazing artists, and welcome many from all parts. They are eager and willing to share their creations with the world.

If you’re looking for something to do in February that relatively inexpensive, get out there and support the arts!

Conceived during ten days of silent meditation, Suspension is an ongoing multimedia exploration of what it means to be human in a world dominated by technology. Versions 1.0 and 1.1 are presented here as two video screens displaying high-definition 3D sculptural and motion elements that rotate and morph, blending the sterile perfection of the digital with the patchy hair frizz of the organic. Each screen gives us a glimpse inside a near future body, one where metal and plastic are the new bone, and liquid glass the new blood. Here we encounter ourselves through the digital – objects feel familiar yet possess a sense of quantization that can only be achieved with the binary. We may wince at what we see, the uncanny valley has yet to be crossed, but we should keep looking; knowing the machine is knowing the self. . . See this installation by Matthew Waddell, and more, at PARTICLE + WAVE. #artsfestival #particleandwave #yycartists #mediaarts #yycarts #art #instalation #3d #sculpture #yyc #suspension

Multiple exhibits and installations can be found throughout Calgary during the 3rd event of this kind. According to the host of the event, Emmedia, the star of the show will be an art form that is ever changing and growing while also integrated with technological processes.

First Friday of the month is bring your baby day! This family friendly events allows Mom, Dad and Baby to get out of the house, enjoy some socializing while checking out the current exhibits. As an added bonus, you get a 10% at handful of local businesses after your tour.

The infamous Market Collective is back with a wide range of artists selling illustrations, ceramics, leather works, photography and more. It’s always bustling and offers a great selection of food vendors.

Suites and Sonatas: Encore at University of Calgary

I had a great photoshoot with my dear friend and world renowned organist Neil Cockburn. #photography #portraitphotography #music #organist

This performance of the classics, presented by the School of Creative and Performing Arts at UofC, features prize-winning organist Neil Cockburn. Cockburn will be joined by a widely celebrated Montreal-native Melisande Corriveau. Works by Johann Sebastian Bach and Marin Marais will be featured.

The Exquisite Hour at Lunchbox Theatre

This Stewart Lemoine play is debuting at the Lunchbox Theatre on February 13. Set in the 1960’s, a budding relationship is discovered as an eligible bachelor is engaged with a unbeknownst stranger. Laughter, hope and knowledge are explored.

When: February 13 to March 4
Show Times: Monday to Wednesday and Saturday at noon; Thursday and Friday at noon and 6 pm
Where: Lunchbox Theatre – 160, 115 9th Avenue SE

Mother Courage and Her Children

The School of Creative and Performing Arts is excited to present the Drama production of Mother Courage and Her Children by legendary German poet and playwright Bertolt Brecht. Considered by many to be one of the greatest plays of the 20th Century, Brecht’s seminal work brings intense consideration and reverence to the grim realities of war and the rise fascism through the power of theatre.

M.N. Hutchinson: The Last Longest Day at The Glenbow Museum

M.N. Hutchinson chose the last longest day of 1999 to capture one photo every minute from sunrise to sunset. The outcome was 902 largely different photos, 106 of which are on display in this exemplary exhibit.


This winter festival is a family friendly event designed to light up your long weekend and kick-off celebrations for Canada’s 150th birthday year. With a long schedule of events that includes artist meet-and-greets, interactive workshops, and various exhibit locations, there is something for everyone in the family.

The Bluesfest returns with a variety of workshops and concerts. With major Blues names on the line-up like Eddie Shaw and Victor Wainwright & The Wildroots, this is one event that shouldn’t be missed!

When: February 27 to March 4
Various locations and times