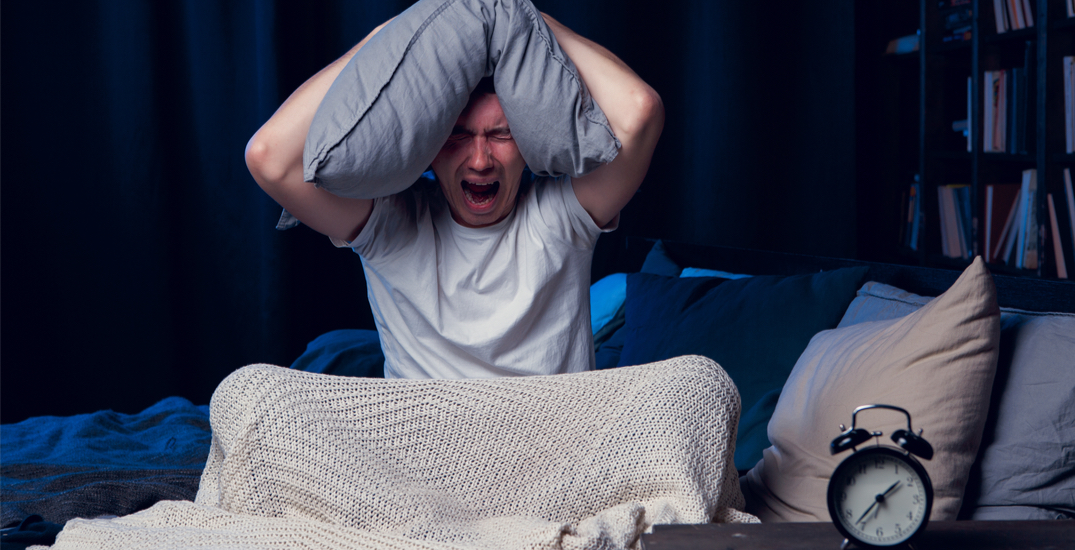 Calgary often takes a spot on ranking lists, from being one of the world’s best cities to having the 10th best finance sector for total employment, and now a new study shows that our city is among the most sleep-stressed in Canada.

Mornings, a UK-based mattress guide, has released a new report that uses data gathered from Twitter in June 2021 to see which cities were reporting the most stressful sleep.

The company used a research tool called TensiStrength to help them pull tweets that used sleep-related terms, geotagged them, and then rated them on a stress scale to find the results. 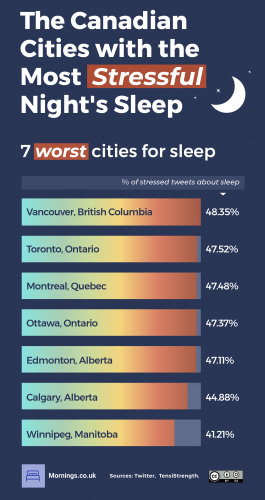 According to the study, Vancouver had the highest percentage of stressful tweets related to sleep, at 48.35%, followed by Toronto at 47.52%.

But even Vancouver didn’t crack the top 10 worst cities in the world for sleep. On that list, Rochester, New York, took the number one spot. Cali, Colombia, was ranked the best city for sleep. 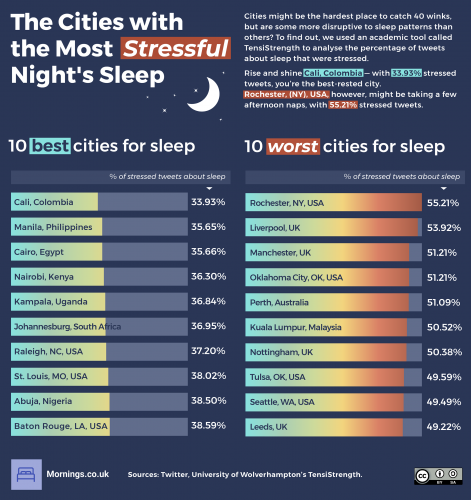 MyHealth Alberta says that insomnia can be caused by stress, depression, anxiety, and other mental or emotional conditions, poor sleep habits or changes in your sleep habits or surroundings, stimulants, lack of regular exercise, and health problems such as pain, sleep apnea, and restless legs syndrome.

Their tips for getting better sleep include going to bed and waking up at the same time each day, avoiding caffeine and alcohol for several hours before going to bed, and getting regular exercise. If you’re experiencing insomnia, the agency also recommends avoiding a daytime nap.

You can check out the full report by Mornings to see how people around the world are sleeping, according to their tweets.