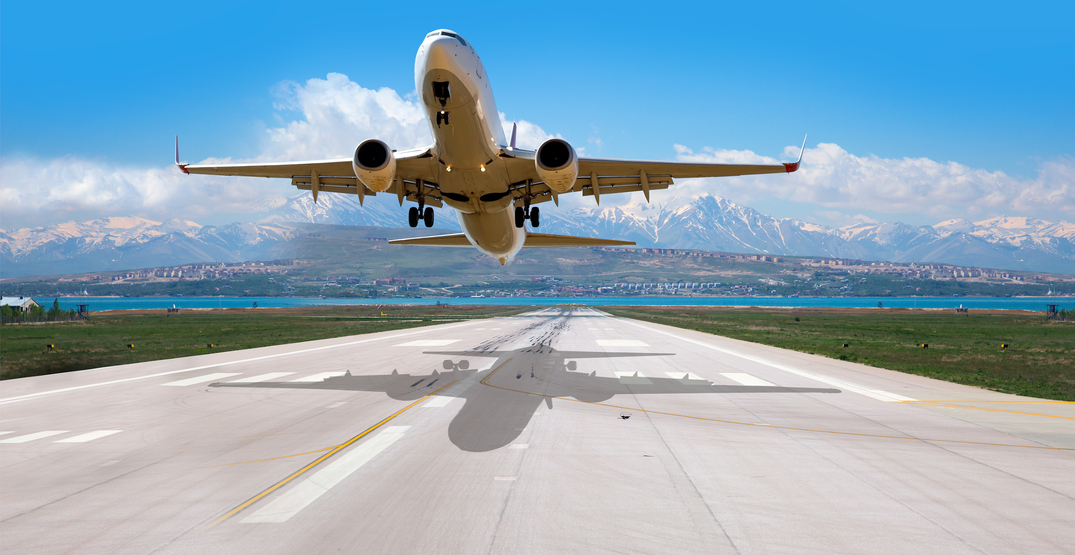 Search engine KAYAK has released the top 10 trending destinations that Calgarians have been searching for, and it comes as little surprise that warm, beachy destinations show up rather high on the list.

Coming in first place is Rarotonga, Cook Islands, and a release from KAYAK states that, alongside the warm sands and blue waters, Rarotonga also saw a large boost thanks to Cyber Monday deals that offered “the cheapest flight price ever to the islands.”

Osaka, Japan, came in silver on the list, which is unsurprising, as the far west destination was evidently a hit with Canadians as a whole.

“While last year’s trending destinations highlighted cities in the Caribbean, Central and South America, this year Europe and Asia are stealing the spotlight for 2020 travel,” sayid Steve Sintra, Regional Director North America for KAYAK, in the release.

“Instead of travelling to hotter destinations, Canadians are seeking overseas adventure with a range of cultural offerings. It also seems Canadians might be thinking with their stomachs this year given Japan and Italy’s reputations as food-centric destinations.”

Osaka saw a 341% increase in search interest for Calgarians, according to the release, coming just behind Rarotonga’s 399%.

Third place in Calgary’s eye belongs to Lailua-Kona, Hawaii, which saw an increase of 164% — clearly the cold weather we’ve been seeing (and likely will be seeing for some time to come) has at least a few frozen Calgarians day-dreaming of luaus and coconuts. 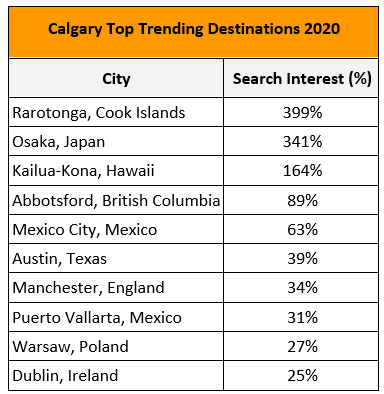 And while they may not have made it onto the list, Calgarians can snag roundtrip, non-stop flight tickets to San Diego and San Francisco on the cheap — though there’s no knowing exactly how long these deals are going to last.

It might not be Hawaii, but it’s definitely warmer than it is here!