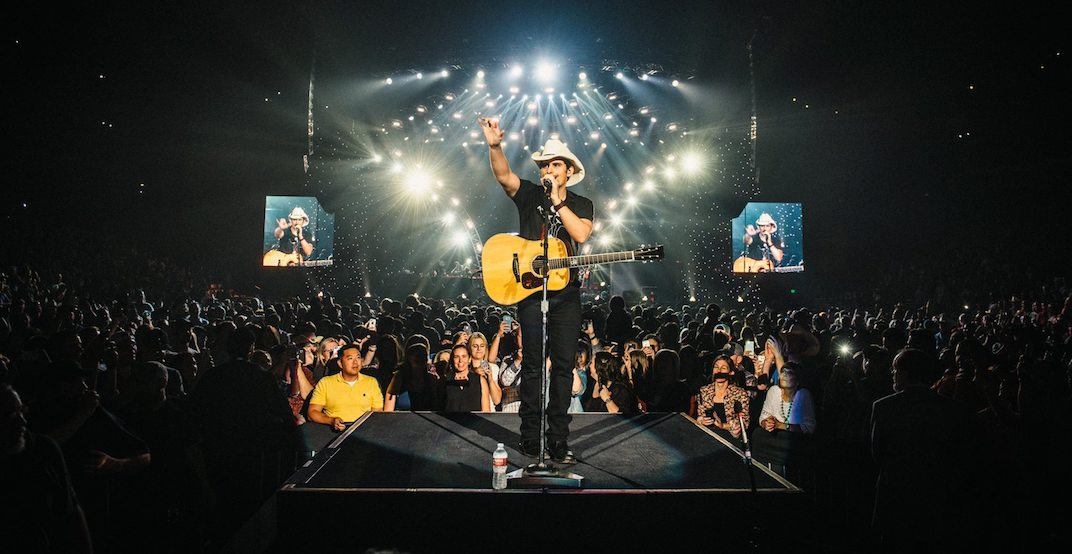 The Grammy award winning singer/songwriter is taking his music to the Greatest Outdoor Show on Earth for the 2018 festival, following up on the success of his latest studio album, Love and War.

Fans who manage to snag tickets can expect to hear some of his newer songs from that album, along with the classics that have made him a household name.

“Brad Paisley is a country music icon,” said Adam Oppenheim, president of Stampede Concerts Inc., in a release from the Calgary Stampede.

“[He] is a true performer and fans will be treated to a premier concert experience.  Concertgoers are in for an incredible Friday night at the Stampede.”

Tickets for Paisley’s show obviously won’t last long, and anyone hoping to see the star live will need to act fast.

Pre-sale tickets will be available for Calgary Stampede Insiders on Tuesday, March 13 at 10 am, and general public will be able to pick up tickets starting Friday, March 15 at 10 am.

This is definitely not a show you want to miss!

Tickets: Available online, starting at $60, on sale to public on Friday, March 16 at 10 am