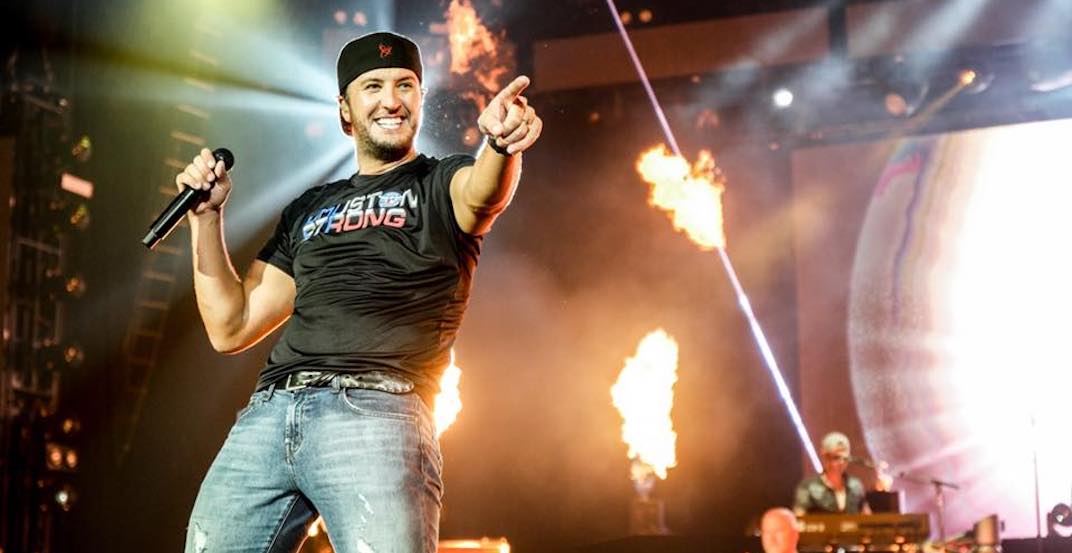 Better start counting down the days.

Luke Bryan is scheduled to make an appearance at the 2018 Calgary Stampede, taking the stage at the Calgary Saddledome in the last weekend of the festivities.

The country music singer will be playing on Saturday, July 14 in the second to last day of the Stampede, and tickets go on sale starting Friday, November 24 at 10 am.

Not a bad early Christmas present, even if you are just buying the tickets for yourself.

Bryan won’t be the only entertainer performing for the more than one million people who attend the 10-day festival each year, as he is only one in a full list for the 2018 Virgin Mobile Stampede Concert Series.

No other names have been announced yet, but with past performers including Garth Brooks, Katy Perry, and Keith Urban, we won’t blame you for setting your expectations high.