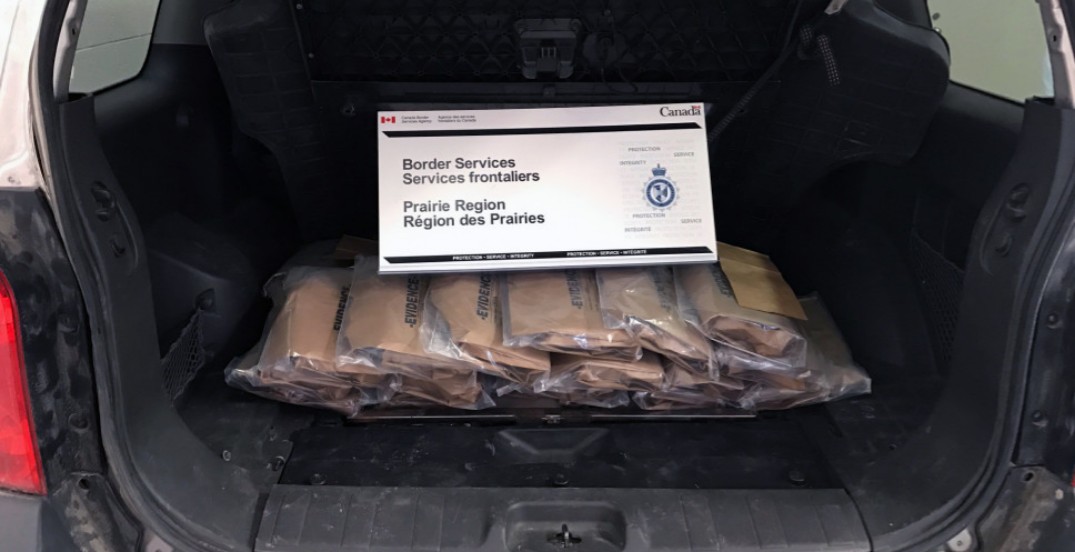 The Canadian Border Services Agency and RCMP said that 31 bricks of cocaine we seized from a SUV crossing the Carway border into Alberta from the US on March 17.

Each brick weighed in at a kilogram.

The drugs were reportedly found in a sealed compartment that required a password be entered on the SUV’s front console.

Two days after the bust, the RCMP charged a 26-year-old man from Fort McMurray named Bradley Michael Gaudrault with two counts under the Controlled Drugs and Substances Act.

“The CBSA in southern Alberta remains vigilant in intercepting illicit drugs and working with partners to fight organized crime; we have now seized more than 150 kg of suspected cocaine over the past four months,” said Guy Rook, Director of CBSA for southern Alberta, in a press release.