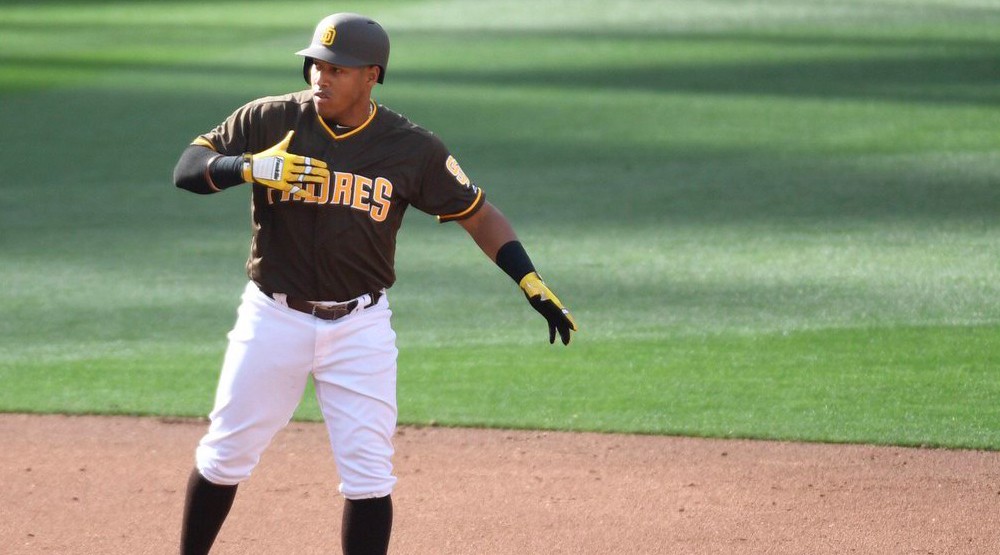 The Toronto Blue Jays may not have pulled off a blockbuster trade or a monumental free agent signing, but they’re inching closer towards improving their roster for the 2018 campaign.

The club just made an under-the-radar trade to acquire some infield insurance in the form of Yangervis Solarte from the San Diego Padres. The Blue Jays are sending a pair of minor leaguers in exchange: Edward Olivares and Jared Carkuff.

If you’ve never heard of any of those people before, you’re not alone. Solarte isn’t exactly a household name among Major League infielders and the prospects aren’t exactly top-tier trade chips like a Bo Bichette or Vlad Guerrero Jr, either. The only people familiar with Solarte may be hardcore baseball fans or people who drafted him in the late rounds for their fantasy baseball roster.

The Blue Jays basically receive an established Major League infielder for a pair of lower-tier prospects. If the team so chooses, they could keep Solarte around until the end of the 2020 season at a very reasonable salary.

By trading for some infield help, it means the Blue Jays also didn’t have to overpay a free agent infielder to come to Toronto. In the end, the Blue Jays gave up very little for a versatile and intriguing player. Now they have more stability in their infield with a guy who can play first base, second base, third base, and shortstop.

Expect to see him bounce around the infield as he can cover a wide range of positions for the Blue Jays. Given the team’s uncertainness and injury history up the middle, Solarte is the perfect fit for the Blue Jays.

Last year, Solarte clubbed a career-high 18 home runs in 128 games with the Padres. He also posted a very respectable .255/.314/.416 slash line, all while playing half of his games within a pitcher-friendly ballpark at Petco Park in San Diego.

He missed time due to an oblique injury last season but has stayed relatively healthy since his Major League debut in 2014, averaging 130 games played a season over the last four years.

Surely, Solarte’s numbers will see an uptick by moving to the hitter-friendly Rogers Centre and he’ll likely see increased playing time on the diamond covering a number of positions for the Blue Jays.

As of now, the Jays are pretty solid when it comes to covering off their infield. After Troy  Tulowitzki and Devon Travis went down to season-ending injuries last season, Ryan Goins and Darwin Barney received most of the playing time at second base and shortstop.

The Blue Jays scored an American League-worst 693 runs in 2017, so any upgrade whatsoever is bound to produce more offence for the club in 2018.

Positive medical reviews from Atkins on Travis and Tulowitzki. Expecting them to both be full go “at the beginning of spring training.” Says they’ve hit every goal in their rehabs. #BlueJays

Although Blue Jays GM Ross Atkins is confident Travis and Tulowitzki will be healthy for Spring Training, it’s vital for the team to have some infield insurance “just in case”.

By acquiring Solarte and Aledmys Diaz from the Cardinals earlier this offseason, that’s exactly what the Blue Jays have done; they’ve beefed up their offence up the middle of the diamond. Now the team has given themselves a few backup plans in the event that Travis and Tulowitzki can’t play the bulk of games at second base and shortstop.

This trade isn’t a move that’s going to set the world on fire, but Solarte is a much better all-around player than the two guys who played most of the Blue Jays’ games at second base and shortstop last year: Goins and Barney.