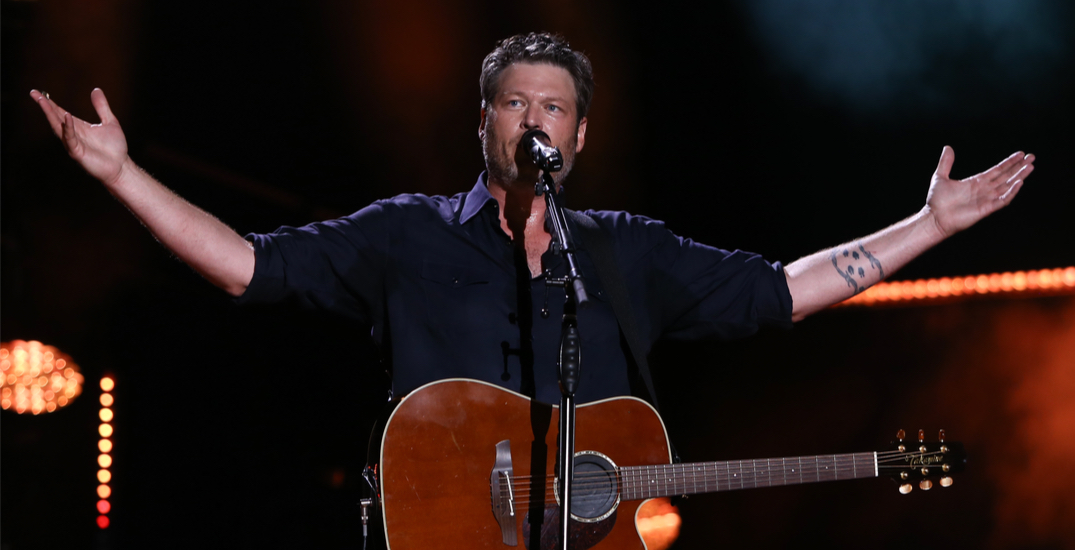 We know it hasn’t even been six months since this year’s Calgary Stampede, but we’re already getting excited about the 2022 event – especially since Blake Shelton will be there.

The country music superstar has been announced as the first headliner in the 2022 Virgin Plus Stampede concert series.

Blake Shelton will play the Calgary Stampede at the Scotiabank Saddledome on Saturday, July 16, 2022, for what will be his only concert in Alberta next year. The Stampede is scheduled to run from July 8 to 17, 2022.

Shelton is known for songs like “God’s Country,” “Boys’ Round Here,” “Austin,” and “Honey Bee,” with the flagship single “Happy Anywhere” from his most recent album Body Language becoming his 28th chart-topping single.

“Blake Shelton is a sensational entertainer and the perfect choice for the final weekend of Stampede,” says Adam Oppenheim, President, Stampede Entertainment Inc., in a media release. “We know country music fans are going to be ecstatic at the opportunity to see him perform in what will be his only concert in Alberta.”

Now the big question is, will Gwen be making a guest appearance?

Tickets will be available at CalgaryStampede.com or through Ticketmaster online, by phone, or in person.

The Calgary Stampede noted in the media release that it remains committed to meeting and exceeding all current public health measures to continue to make Stampede Park a safe gathering place for the community. Currently, the Stampede is participating in the Restrictions Exemption Program and will continue to adjust and implement applicable measures with the understanding safety and guest expectations will continue to evolve.