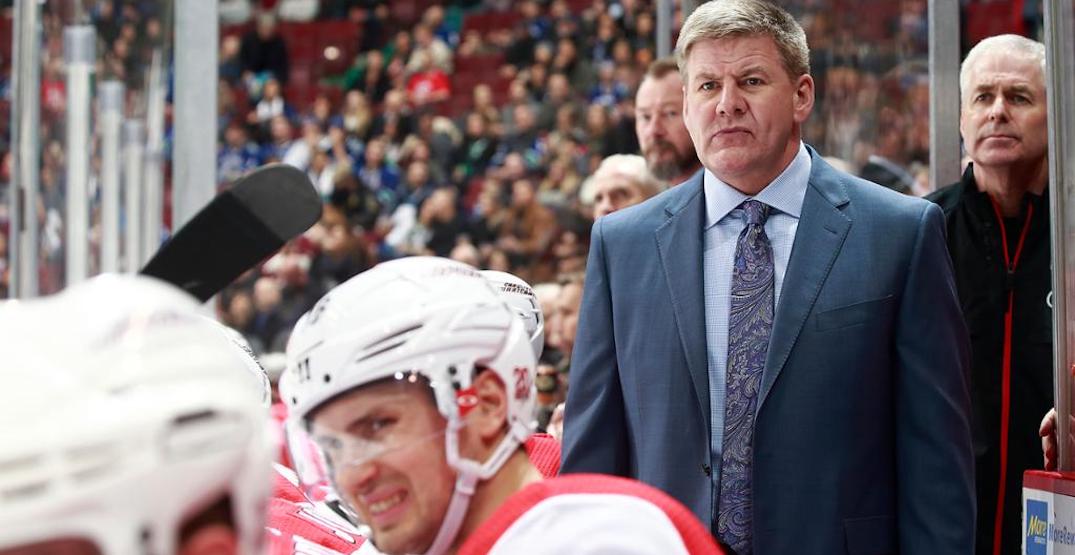 Rumours have been swirling about who will head the Calgary Flames ever since Glen Gulutzan was fired last Tuesday, and while names like Alain Vigneault, Dave Tippett, and Darryl Sutter were thrown around, there was one coach that looked most likely to be taking the top spot.

Bill Peters, who had recently resigned as the coach of the Carolina Hurricanes, will become the new head coach of the Calgary Flames, as confirmed by a tweet from Sportsnet’s John Shannon.

Signs throughout the past week had been pointing towards Peters taking the job, but this is the first confirmation of what we had been expecting since Friday.

Whether or not Peters will lead the Flames to a more successful season than the one they just had is still to be seen, but his resume is definitely not lacking.

He had spent three years as assistant coach to Mike Babcock with the Detroit Red Wings, and before that he secured a Memorial Cup win with the WHL’s Spokane Chiefs.

His four years as the Hurricane’s head coach didn’t include any visits to the playoffs, but, as the team was rebuilding at the time, one can hardly put too much blame on him.

Let’s just hope that the Flames’ next season will feature at least a few rounds of playoff hockey now that Peters will be calling the shots.