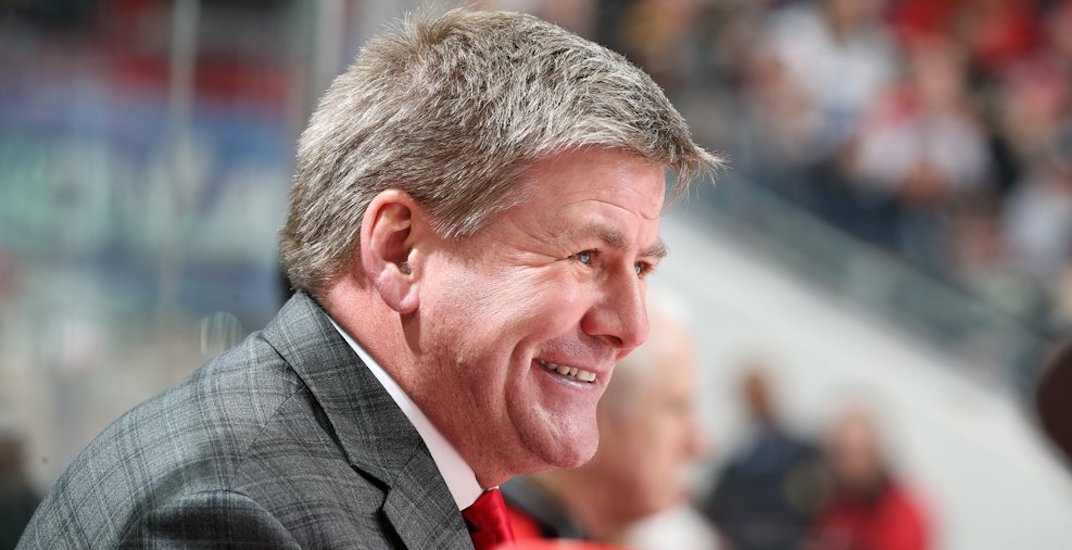 Rumours about who will become the next head coach of the Calgary Flames have been running rampant ever since GM Brad Treliving announced the firing of Glen Gulutzan on Tuesday.

Attention was immediately drawn to the biggest names available, notably Alain Vigneault, Dave Tippett, and Darryl Sutter. Another name in the rumour mill was Bill Peters, who held a job as head coach of the Carolina Hurricanes, but had a rare out-clause.

On Friday, Peters used that out-clause, resigning from his job, which has many believing that his next stop will be in Calgary.

The team will immediately begin its search for a new head coach.

“My understanding is there’s a lot of conversation between [Peters] and the Calgary Flames right now,” Bob McKenzie said on Thursday, before Peters resigned. “I think they’re trying to finalize a deal.”

While McKenzie clarified that he wasn’t reporting that the deal was done, conventional wisdom suggests Peters wouldn’t leave his job unless he had another one lined up.

A native of Three Hills, Alberta, Peters has experience working with Treliving, when the Flames general manager chose him to coach Canada at the 2016 World Hockey Championships. Peters rewarded that decision, as he coached Canada to a gold medal.

So is Peters the right man for the job? Hard to say.

In four seasons with the Hurricanes, his first NHL head coaching gig, Carolina missed the playoffs all four years. He wasn’t exactly armed with great players though, as the team is going through a rebuilding process.

Prior to Carolina, Peters was Mike Babcock’s assistant for three years with the Detroit Red Wings – so that’s reassuring.

Peters paid his dues before making the jump to the NHL, winning a Memorial Cup in his third and final season with the WHL’s Spokane Chiefs. From there, he moved on to coach the Chicago Blackhawks’ AHL affiliate in Rockford for three seasons.