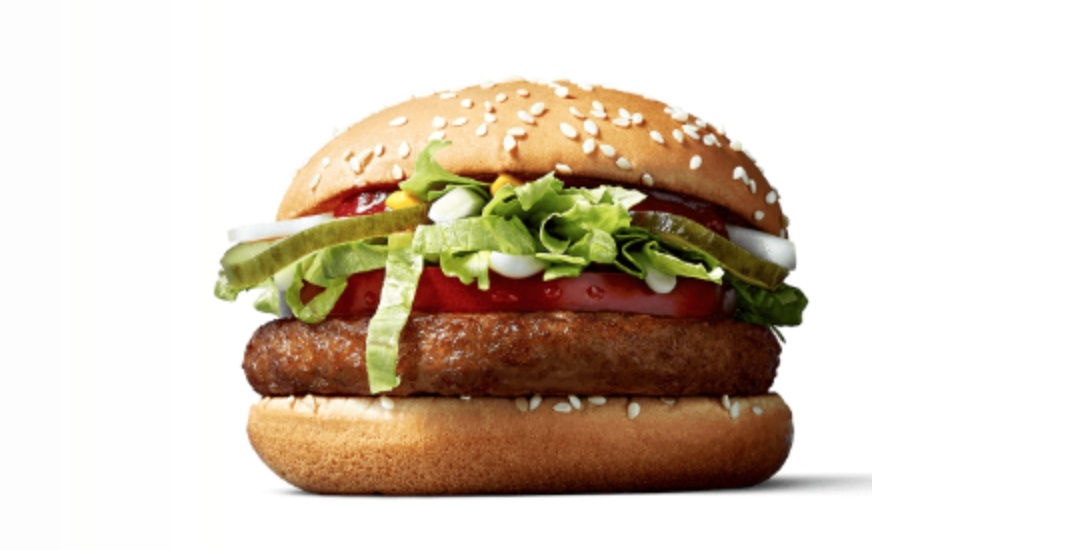 Launched earlier this week and available only until November 21 at restaurants in Tampere, Finland, the McVegan is described as a 100% vegetable-based hamburger featuring a soybean patty dressed with “Vegan McFeast sauce” and tomatoes, lettuce and pickles on a bun.

Despite the limited availability, meatless eaters from across the globe are intrigued–some licking their lips in anticipation, while others remain skeptical.

@maccas please bring the #McVegan to Australia! So much want! @amyjuliet

I boycott McDonald’s but the Mcvegan burger might change things.

Presumably, if the pilot project is well received, the McVegan could become as ubiquitous as the Big Mac itself and eventually land in Canadian outlets.