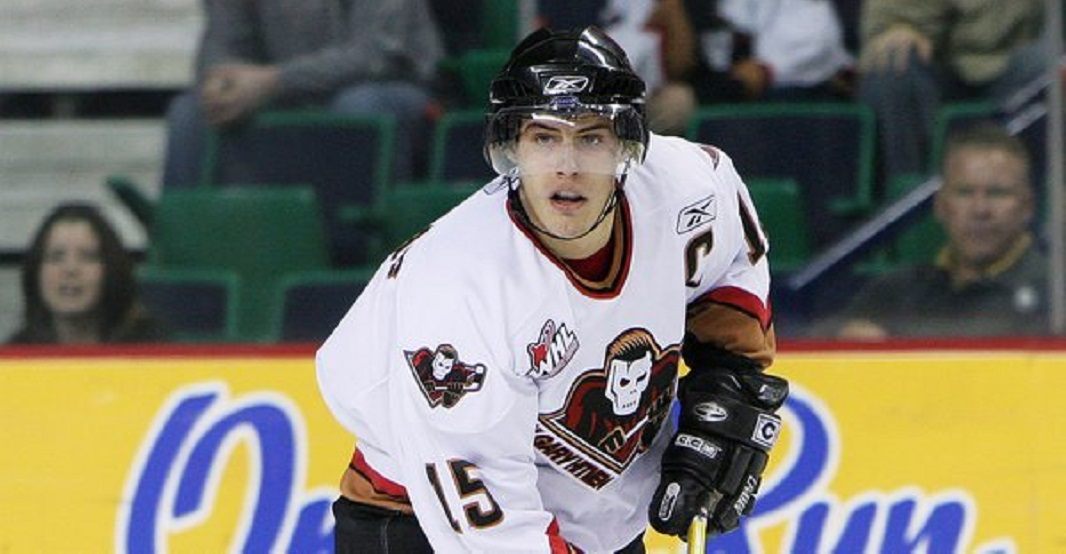 The Calgary Hitmen have been one of the top teams in the Western Hockey League for the past decade.

Since their inaugural season in 1995-96, they’ve won two WHL championships and nearly won the Memorial Cup in 1999.

The WHL is where to see the stars of tomorrow and that’s no different concerning the Hitmen, who have produced 43 players that went on to play at least one NHL game. Of those, 11 are active; still playing in the NHL today.

Here are the six best players to ever suit up for the Calgary Hitmen: 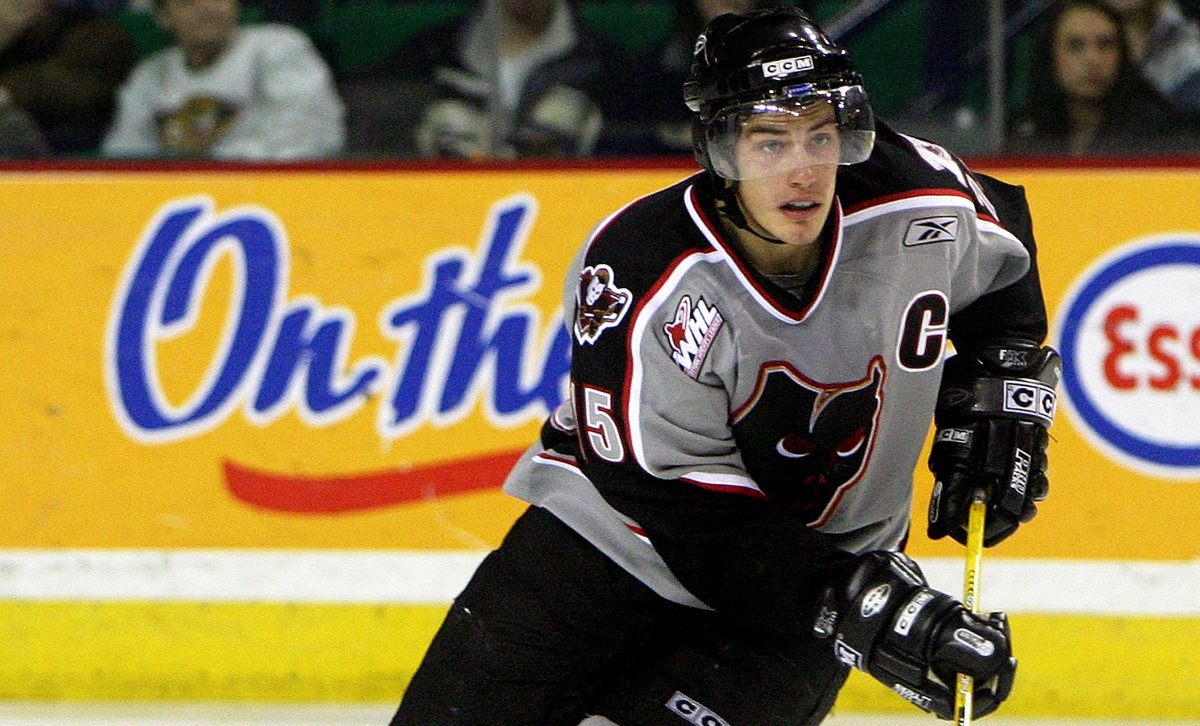 The best player to come from the Hitmen organization is without a doubt, Ryan Getzlaf.

Drafted 19th overall in the legendary 2003 NHL draft after two seasons in Calgary, Getzlaf played another two years with the Hitmen before making the leap to pro hockey.

Once he made the leap, he never looked back.

The 6-foot-4 centreman from Regina has totalled 838 points in 880 career NHL games, and another 118 points in 120 playoff games; all with the Anaheim Ducks.

The 32-year-old sits second on the Ducks all-time scoring list, and will likely end up first by the time his career is over if he stays in Anaheim. He needs 150 more points to tie Teemu Selanne.

When his career is all said and done, Getzlaf could wind up being the first Hitmen alumnus inducted into the Hockey Hall of Fame. 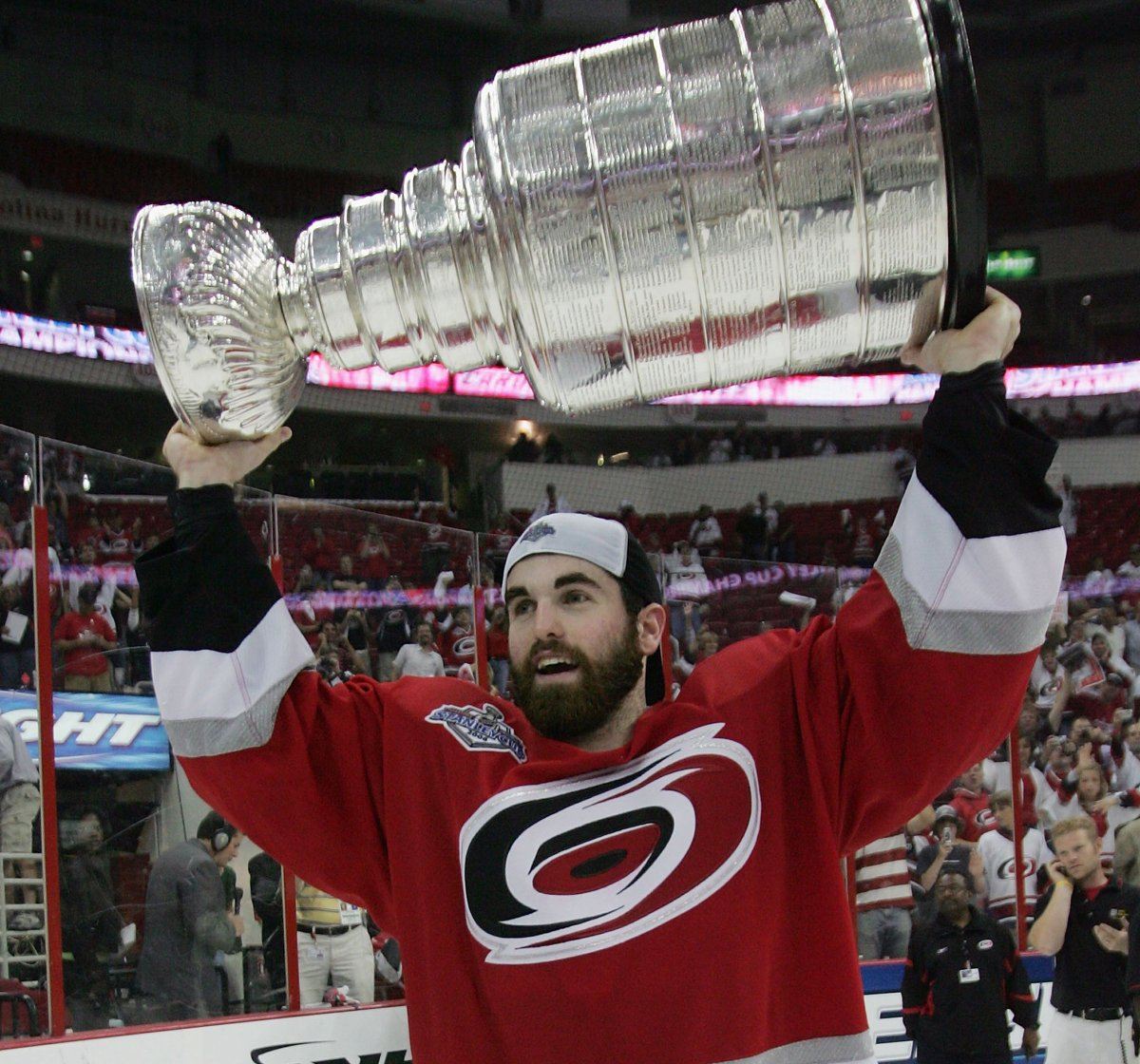 Four of the six names on this list have won a Stanley Cup, but the first to do it was Andrew Ladd – during his rookie season with Carolina in 2006.

The 32-year-old forward is also the only member on this list with two Stanley Cup rings, as he won it again as a member of the Chicago Blackhawks in 2010.

Even without the cups, Ladd has had a very impressive career. The Maple Ridge, BC native has played in just under 900 NHL games and amassed over 500 points.

Ladd has played for five different teams in his career, and has spent the past two seasons with the New York Islanders. 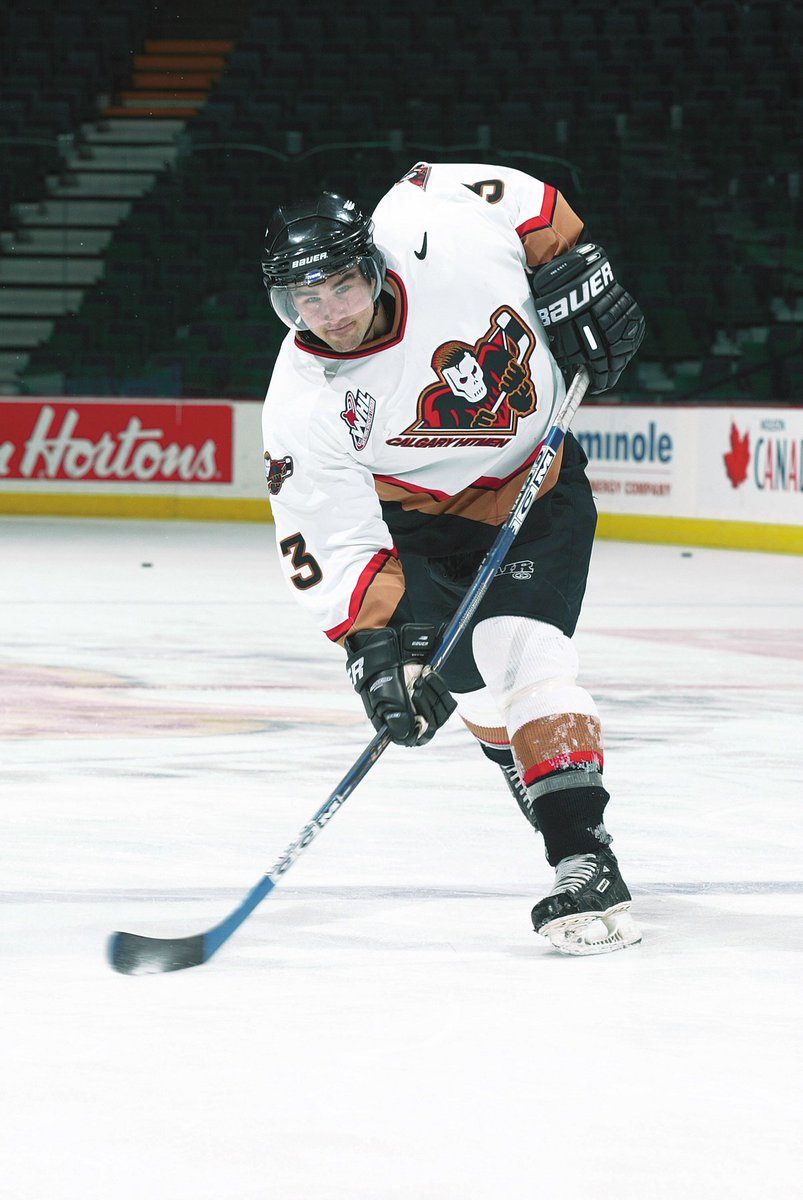 Another Stanley Cup winner, Johnny Boychuk got his ring in 2011 with the Boston Bruins.

The 33-year-old defenceman from Edmonton spent three seasons with the Hitmen in the WHL before getting drafted in the second round to Colorado.

After some AHL seasoning and a trade to Boston, Boychuk played six seasons there before another trade sent him to New York, where he now plays with fellow Hitmen alumnus, Ladd.

A veteran of over 550 NHL games, Boychuk has spent many of those games as a top-four defenceman, picking up 167 points in his career thus far. 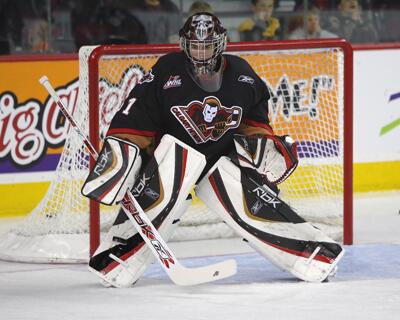 The best goalie to ever play for the Hitmen is Martin Jones, who now plays for the San Jose Sharks.

The 27-year-old goaltender was never drafted despite four increasingly good seasons with the Hitmen, including in 2008-09 when he had a 45-5-4 record (the best record a Hitmen goaltender has ever had).

Jones was eventually signed by the LA Kings, and after three successful AHL seasons, Jones made the jump and continued to excel as the backup in LA. He was later traded to the Sharks, who were in need of a starting goaltender.

The North Vancouver native has a record of 101-66-16 in his NHL career with a 2.30 GAA and .916 save percentage. He was the starting goalie during San Jose’s run to the Stanley Cup finals in 2016, eventually losing to the Pittsburgh Penguins. 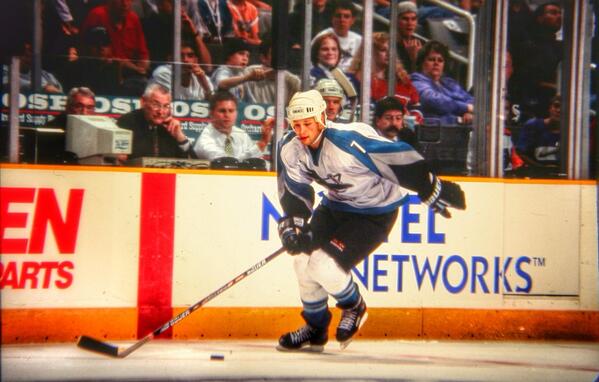 The lone inactive player on this list, Brad Stuart is the only Hitmen player to ever reach 1,000 NHL games.

A veteran of 16 NHL seasons, the 6’2 defenceman was originally drafted third overall by San Jose in the 1998 entry draft. Stuart spent six seasons there before being a part of the trade that saw Joe Thornton leave Boston.

He spent some time in Boston, Calgary, and LA before a deadline trade saw him go to the Detroit Red Wings in 2008.

There, he found a home on a pairing with Niklas Kronwall during Detroit’s playoff run, and they took home the Stanley Cup that year.

Including his 142 playoff appearances, the 38-year-old Stuart has played in 1,198 NHL games. 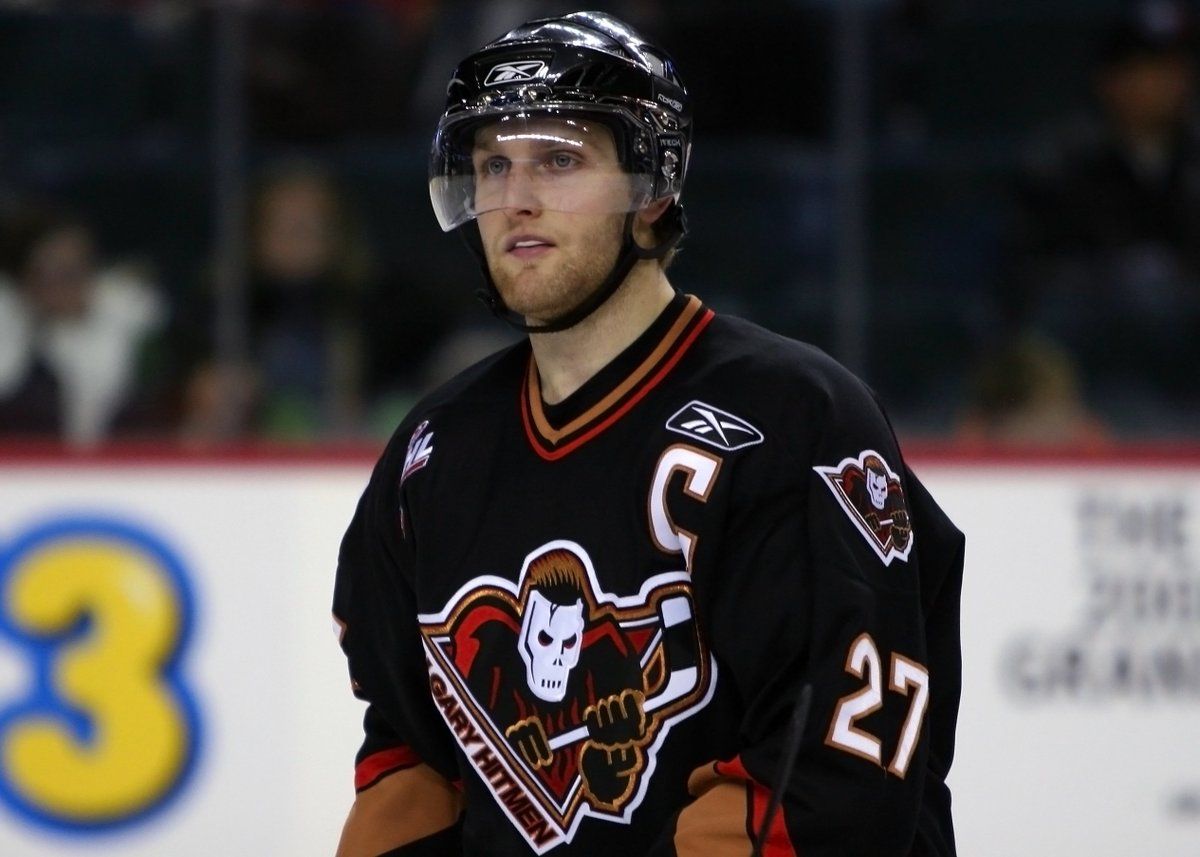 Another top-four defenceman to come from the Hitmen, Karl Alzner has over 600 NHL games under his belt.

After four junior seasons in Calgary, Alzner was selected fourth overall by the Washington Capitals in 2007.

The 29-year-old played the first nine seasons of his career in Washington, before salary cap concerns last summer forced the team to let him go to free agency.

He’s now in his first season with the Montreal Canadiens, where he signed a five-year contract.

Young Hitmen on the rise 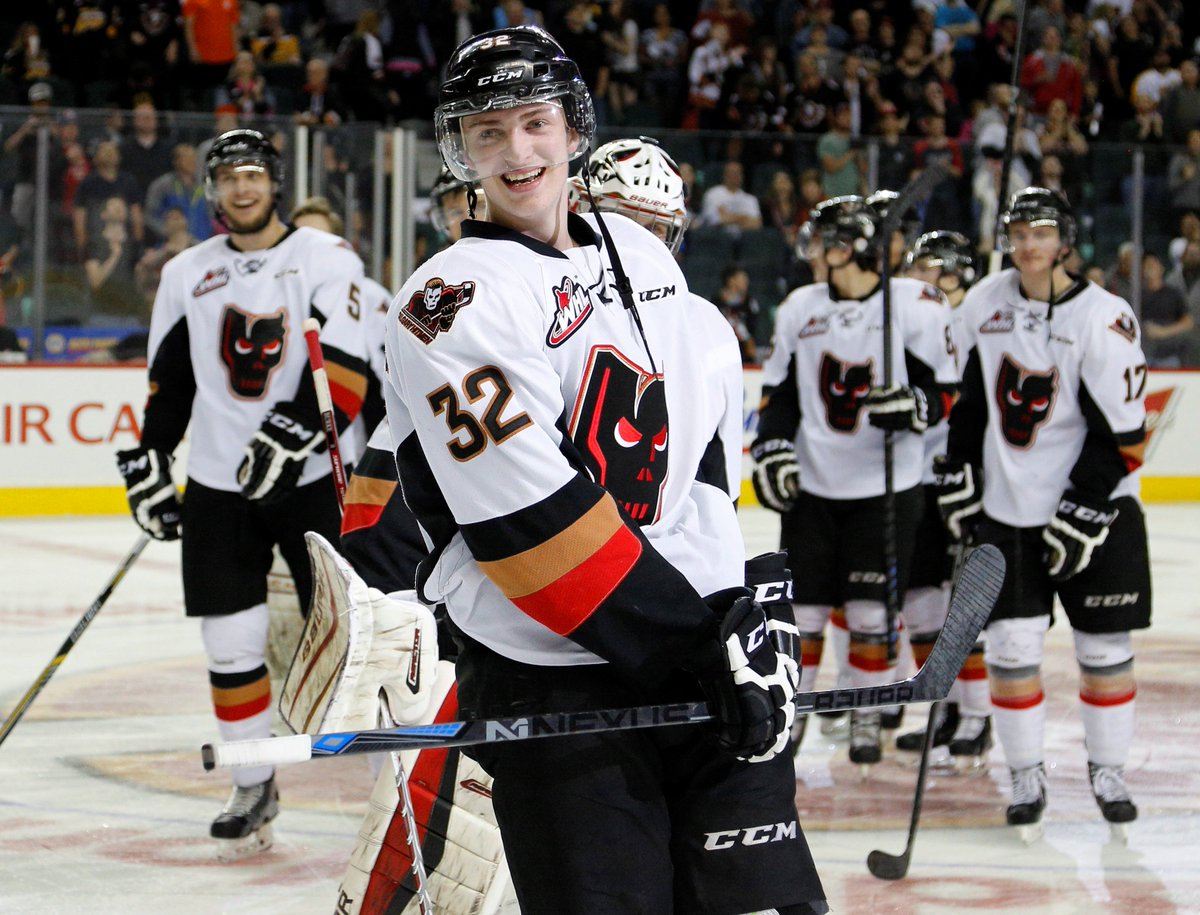 There are quite a few young Hitmen alumni currently finding their way in the NHL.

Jake Virtanen was the fifth overall pick in the 2014 NHL draft, and is now playing full-time on the Vancouver Canucks as a 21-year-old after an AHL stint last year.

Defenceman Travis Sanheim is another 21-year-old with NHL upside, playing his rookie season with the Philadelphia Flyers.

Twenty-four-year-old centre Victor Rask has found a role in Carolina’s forward core and has put up back-to-back seasons of 45+ points.

Jake Bean is another who could join the ranks shortly. Fresh off winning a gold medal for Canada at the World Juniors, he was just traded by the Hitmen, but he’s expected to make the jump to the NHL with the Hurricanes’ defence next season.

Who will be the next Hitmen player to rocket to NHL success? It’s hard to say. But if history is any indicator, we won’t have to wait too long to find out.