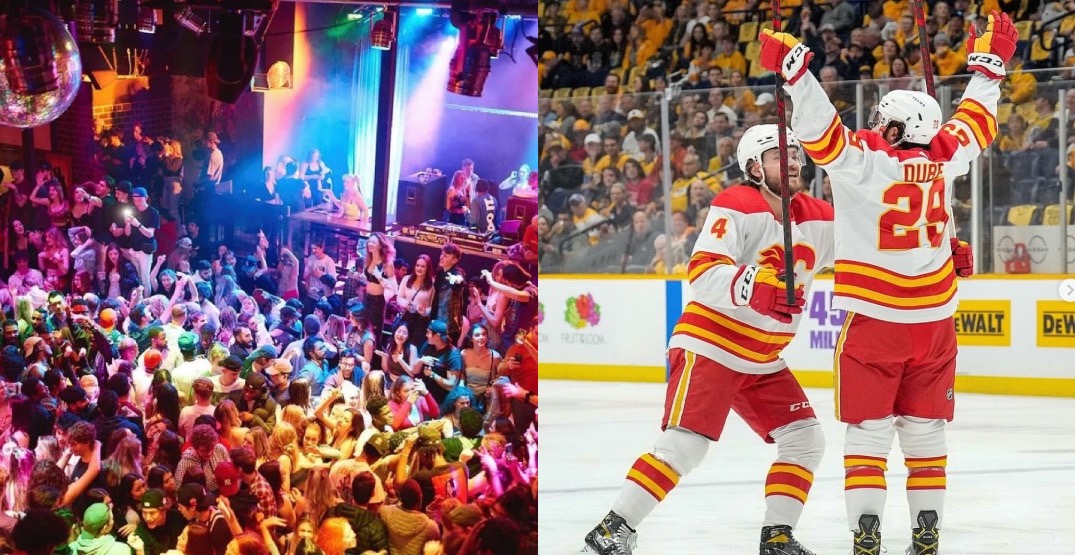 The Back Alley Nightclub, an iconic venue for sports and partying, has just been named the official headquarters for this years quest for the cup.

Located at 4630 Macleod Trail SW, The Back Alley has been one of the best places in YYC to cheer on the Flames and it looks like this year’s run will be no different.

“The venue has added a number of big-screen TVs to accompany the already exciting video wall and projectors,” said Jamal Ali, Director of Events & Marketing, in a press release.

“You may now view the game from any seat or angle in the venue.”

Not only will viewing the game be easier than ever but there will be tons of specials as well.

Gameday drink and food specials will be featured on game days, as well as pre-parties and after-game parties which will hopefully run all the way until the cup.

Fans are being encouraged fans to wear red, but that shouldn’t be a problem for Flames fans.

Just get excited and get ready to experience the game in an extremely high-energy environment.

Wish you were at the game and miss the sound of the hockey horn and flashing red lights?

The Back Alley Nightclub has one of those, too.

Door times will be posted on The Back Alley’s social media on game days.

The Back Alley Nightclub