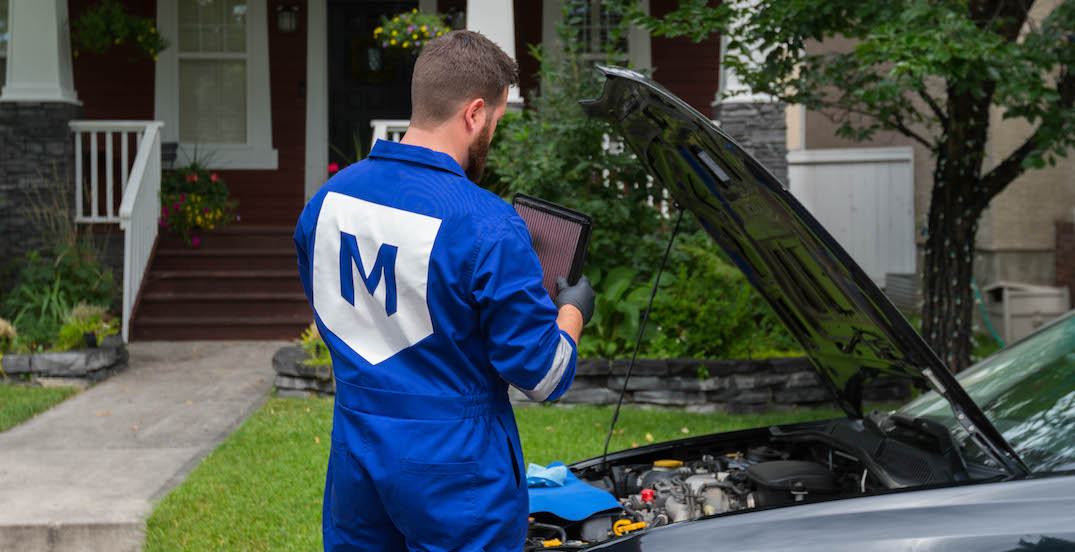 The days of begrudgingly bringing your car into the auto shop are over.

For the past two years, Calgary has been home to MicroMech, an auto mechanic service that sends mechanics out to your home, workplace, or wherever may be easiest for auto repairs and services.

Jeff Ehmann, the co-founder and COO of MicroMech, spoke over the phone with Daily Hive to explain how the company got started in YYC.

Ehmann had been working as an engineer back in 2015 when he needed to take his car into the shop.

“The whole experience was a standard auto service experience, I would say, which I think most people are pretty unhappy with,” he said in the interview.

“I started to work out the idea that the auto service industry needs improvements, has really low trust, people don’t really understand what services are needed, the pricing seems to be kind of all over the place, and that there’s no easy technology [available].”

Ehmann launched a beta version of MicroMech in 2016, and has been offering on-demand auto services to Calgarians — and now Torontonians, as of this past summer — ever since.

While the company’s mechanics can’t do everything that a traditional auto mechanic can do due to the lack of equipment on hand, Ehmann said that roughly 80% of auto repairs can be done on location by the mobile mechanics.

The remaining 20% — think the big stuff, like clutch replacements and engine rebuilds — can be covered at MicroMech’s partner shops, as the company partnered with NAPA and their independent shops.

The company’s website states that mechanics get paid close to double what they would be getting paid at a traditional shop, and that customers will be actually charged less than at those same repair shops. The savings, according to Ehmann, is in the overhead costs of running a full garage with a complete team.

“We’ve built technology to automate a lot of those roles, and currently we can have a service performed with only two people right now, opposed to eight,” he said.

“We want humans to do what humans do well, which is the human interaction side, the customer service side, which in auto service is brutal right now. So we focus on having our team be really strong with customer service and then let computers do what computers do well, which is spitting out the pricing of parts and automatically ordering parts, and showing a customer an appointment time — the things that get really redundant for humans to do.”

Ehmann said that the entire automotive repair service is operating under a bad business model, because shop owners are incentivized to give apprentices more work than the veteran mechanics who have more experience in the field, as the younger workers will cost less to do the same job.

The sentiment is backed up by an article from Monster.com, which rated an auto-mechanic among the five most regretted jobs according to a payscale survey.

According to the article, 43% of mechanics said that they regretted pursuing the job — though MicroMech is hoping to harness the experience of veteran mechanics by offering them the chance to set their own schedules and the promise of fair pay.

“We’re connecting the skilled mechanic who knows the information about the car with the customer so that there doesn’t need to be eight people between that, which just results in misinformation and confusion for everyone,” Ehmann said.

The company is working on an app that they hope to have released before this Christmas, and more expansion is expected on the horizon. Sights are set on a US expansion in the coming months, and the potential to open in Vancouver by late next summer.

“We’re just on the cusp of jumping off the diving board,” Ehmann said.

Calgarians who are in need of auto service and want to try out MicroMech can do so by heading over to micromech.net and using the code WINTER10 to save 10% at checkout.