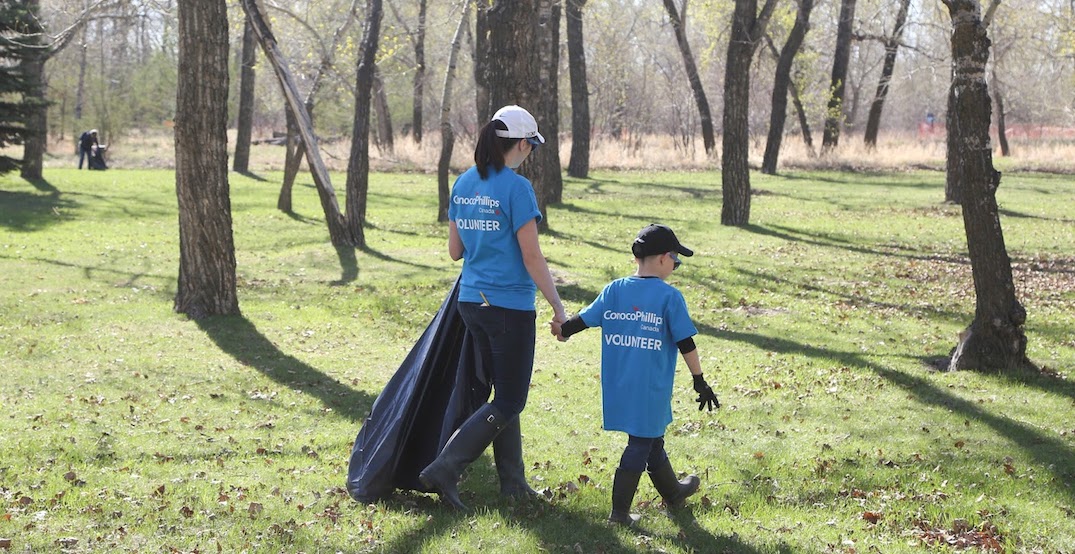 Volunteers during the Calgary Pathways and Rivers Cleanup (City of Calgary)

Over 2,500 Calgarians came together last Sunday to clean up their city.

The 2018 Calgary Pathways and River Cleanup took place on May 6, an initiative that has been running since 1967.

Volunteers gathered with gloves, garbage bags, and boots to take on the garbage that had accumulated over the past year, ever since the 2017 cleanup removed 1,400 kg of garbage.

According to a tweet from the City of Calgary, the initiative was started by 12-year-old Sandra Crawford after she saw a mattress in the Elbow River and decided to actually do something about it.

“The Pathway and River Cleanup is an important spring event. It brings thousands of people together to care for the environment, removing litter to clean our green spaces and water,” said Kirsten Pilger, Volunteer Supervisor with Calgary Parks, in a release.

“My hope is that we collect less waste every year as more people work to keep Calgary clean year-round.”

Volunteers were encouraged to share their experience via social media using the hashtag #YYCcleans, and some participants showed off the interesting things they picked up along the way.

Strangest thing found so far during clean up: left over birthday celebration. Glad we found these before the birds did. #yyccleans pic.twitter.com/L60ZL6edz9

The weirdest thing we found today was this pool noodle. #yyccleans pic.twitter.com/twz3BIp87K

In 1967, 12-yr old Sandra Crawford saw a mattress in the Elbow River. Instead of leaving the mattress for someone else to cleanup, she saw it as an opportunity to take action, sparking the Pathway & River Cleanup. Since then, thousands of volunteers keep our city clean #yyccleans pic.twitter.com/GEcAX4jX7h