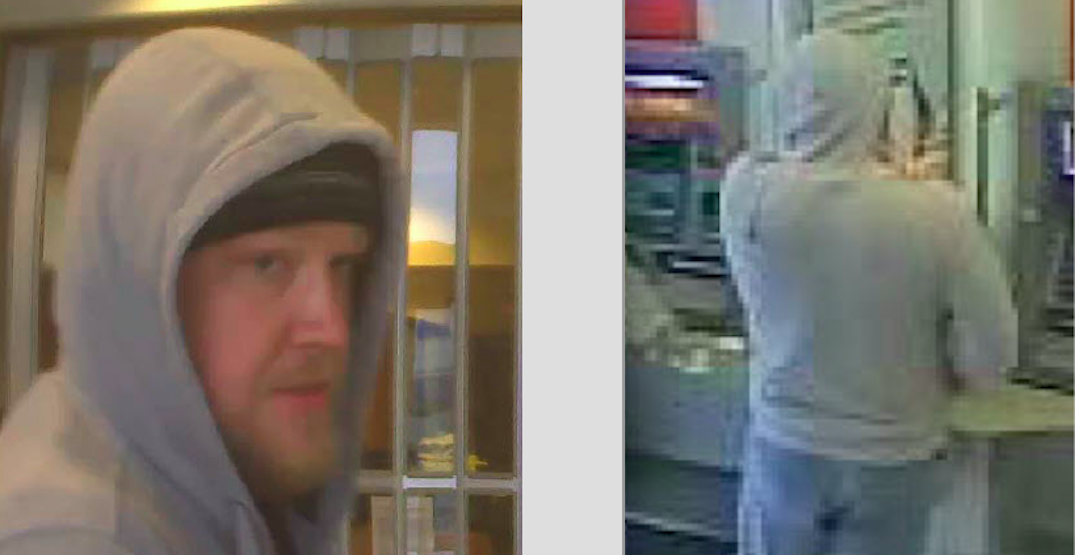 A senior Calgary resident was robbed at knife-point just before noon on Sunday, April 29.

A Monday release from the Calgary Police Service states that investigators are currently working to locate a suspect, who has been described as Caucasian, 5’11”, of a heavy build, with a beard and blonde or red hair. 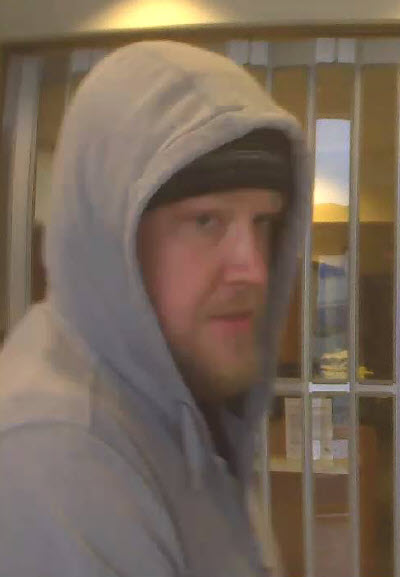 At the time of the incident, he was wearing a grey hoodie, black toque, grey shorts, and black flip flops.

It is believed that the suspect confronted the senior victim shortly after the victim had withdrawn money from an ATM at a 17th Avenue CIBC, threatening him with a knife and forcing him to take out additional cash.

Security footage of the suspect has been provided by CPS, and anyone with information on the man’s identity or whereabouts is asked to contact the police’s non-emergency line at 403-266-1234, or anonymously through Crime Stoppers by calling 1-800-222-8477, or online through their website.