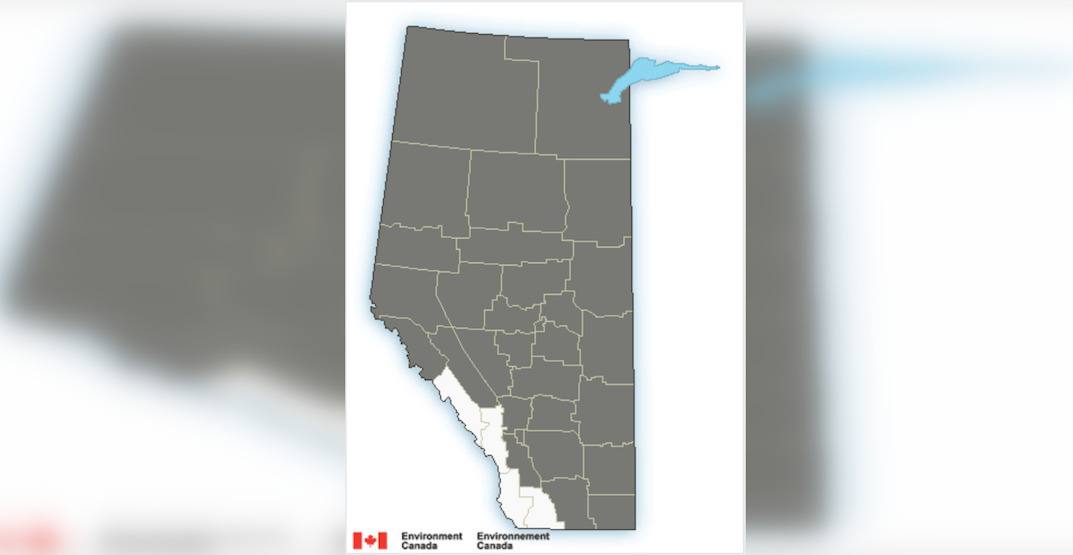 If you’re an Albertan, odds are you’re currently facing an air quality statement from Environment Canada.

The agency has issued the statement to 30 of Alberta’s 34 regions, warning that smoke from the northern Alberta wildfires is causing “poor air quality and reducing visibility in some areas.”

The following Alberta locations are currently under the statement:

The statement notes that symptoms of poor air quality include increased coughing, throat irritation, headaches, or shortness of breath and that children, seniors, and those with cardiovascular or lung diseases, such as asthma are especially at risk.

Environment Canada offers the following advice for anyone experience symptoms caused by the smokey haze:

“Stay inside if you have breathing difficulties. Find an indoor place that’s cool and ventilated. Using an air conditioner that cools and filters air may help. If you open the windows you may let in more polluted air. If your home isn’t air-conditioned, consider going to a public place (library, shopping mall, recreation centre) that is air-conditioned.”

Slave Lake, an area where many High Level evacuees fled to following the town’s mandatory evacuation, has now fallen under its own evacuation notice, with the Municipal District of Lesser Slave River facing a Local State of Emergency and an immediate evacuation of the Hamlet of Marten Beach.

A mandatory evacuation was also recently called for the County of Northern Lights, and the areas of Old Smith Highway, Mitsue, Poplar Lane, Fawcett Lake, Eben Road, and Bayer Road are seeing an eight-hour evacuation alert.

The smokey haze caused by the wildfires has even travelled as far west as Vancouver, BC.