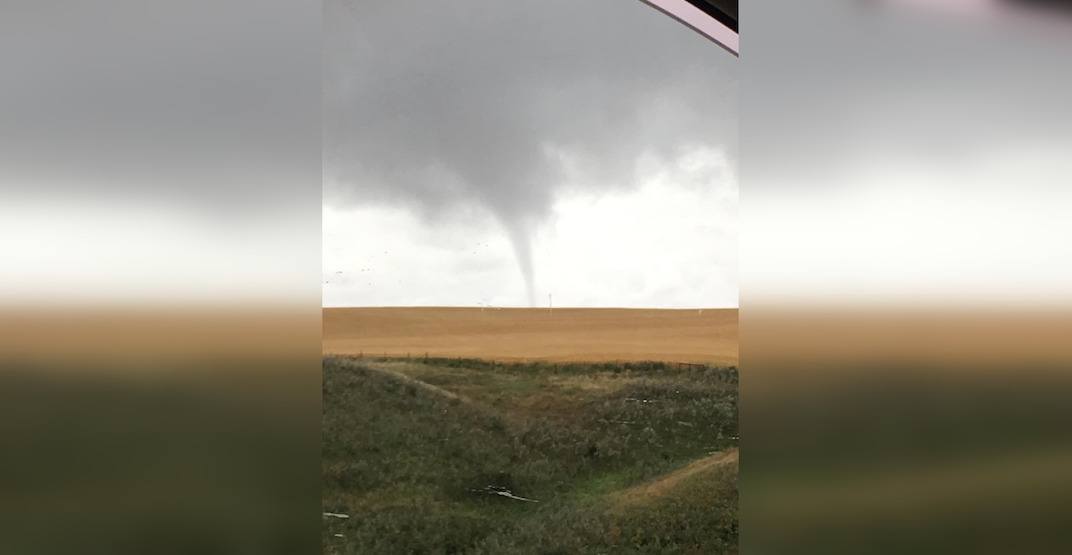 It might have been a rainy one in Calgary, but the weather north of Drumheller was even worse on Tuesday.

According to The Weather Network, a tornado was spotted — and confirmed by Environment Canada — to the northwest of the town, bringing with it winds between 90 and 130 km/hour and rating in at an EF-0 on Environment Canada’s scale.

This marks the 23rd tornado to hit the province this year, and given that the usual average for twisters in Alberta is 15, we can say without a doubt that we’ve had an especially stormy summer.

“Isolated funnels and weak landspout-type tornadoes like these aren’t uncommon with upper-level disturbances — like the one currently over the western Prairies — in place,” the Weather Network states.

” The Northern Tornadoes Project said they will also follow up on the storm.”

Alberta just not giving up this year! Thankfully looks like it occurred well away from homes. Will be following up #abNTP https://t.co/ZcGokKqwv8

Alberta actually surpassed that average by July 30 of this year, though the past few weeks have been relatively calm for severe weather within the province.

The last tornado — before Tuesday’s, that is — hit 12 km south of Sylvan Lake way back on July 31.

Here’s a full list of the 2019 twisters, according to The Weather Network:

No damage was reported as a result of Tuesday’s weather event.