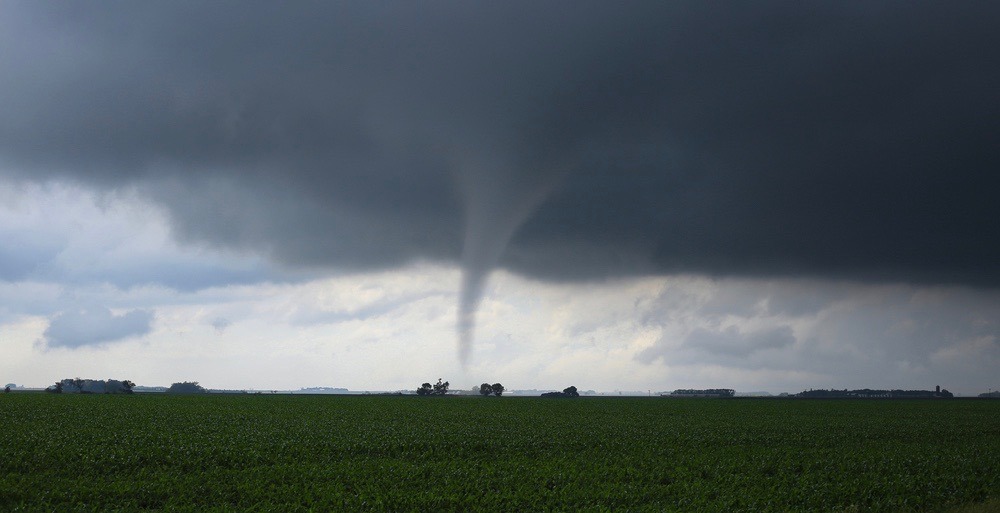 It’s been a wild summer out here in Alberta as far as the weather is concerned.

And we’re not even touching on the hailstorms, thunder, and lightning that has been plaguing the province for what has felt the like entirety of this summer… we’re just talking about the twisters.

The province of Alberta has seen a startling number of tornadoes over the past few months, with 19 unconfirmed tornadoes having hit somewhere within the Wild Rose Country so far in 2019.

To put some context on that, Alberta’s yearly average for twisters is just 15, according to The Weather Network, meaning that we’re already at 123% our yearly average… with two months of this stormy summer left to go.

We’re also apparently leading the country in tornado sightings, as only Saskatchewan has gotten close with their 13 unconfirmed tornadoes. They’re usually even more tornado-ey than Alberta, with an average of 18 per year.

The Prairies are evidently doing the heavy lifting for the country’s 42 tornadoes so far in 2019, which marks 68% of Canada’s yearly average.

According to The Weather Network, the unusual increase in tornado activity throughout Alberta can be partially blamed on the unseasonably rainy summer that BC has been experiencing.

This causes a dip in the jet stream over the area, resulting in a ridge in the jet over the Prairies, pushing stronger winds overhead and creating more powerful storm cells.