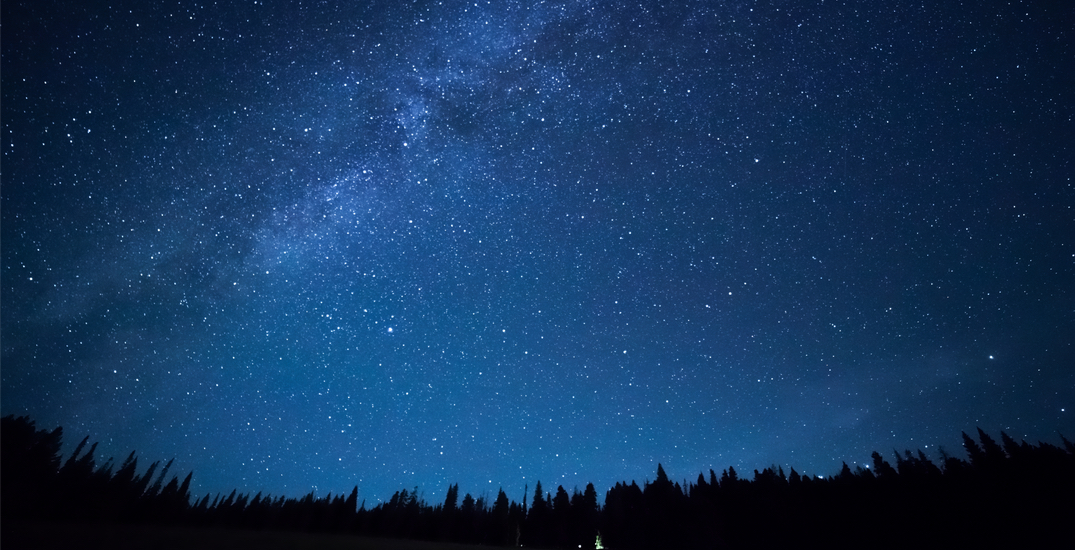 Alberta’s two major cities are blessed with beauty from the Bow River to the Edmonton River Valley, and now they have been named two of the best cities in the world for stargazing.

The ranking by Compare the Market looked at the best major cities for stargazing, across Europe, the United Kingdom, Australia, Canada, and the USA. This list was created by looking at four different factors: light pollution, altitude, average temperature, and yearly precipitation.

Not only did they crack the top 10 for the world ranking, but they also placed third and fourth.

No need for driving wildly far outside of the city limits for breathtaking sights of the stars.

“The first Canadian city to rank on the list is Calgary in third place, which is home to one of Canada’s biggest observatories, Rothney Astrophysical Observatory. Thanks to its ideal conditions for stargazing, such as low light pollution and high altitude, it attracts a lot of nature lovers and amateur astronomers alike,” the ranking states.

Edmonton follows after Calgary thanks to its 600-meter elevation from sea level and the low light pollution radiance value helps reduce atmospheric distortions and makes it an excellent stargazing spot for anyone who wants to enjoy the starry night sky. 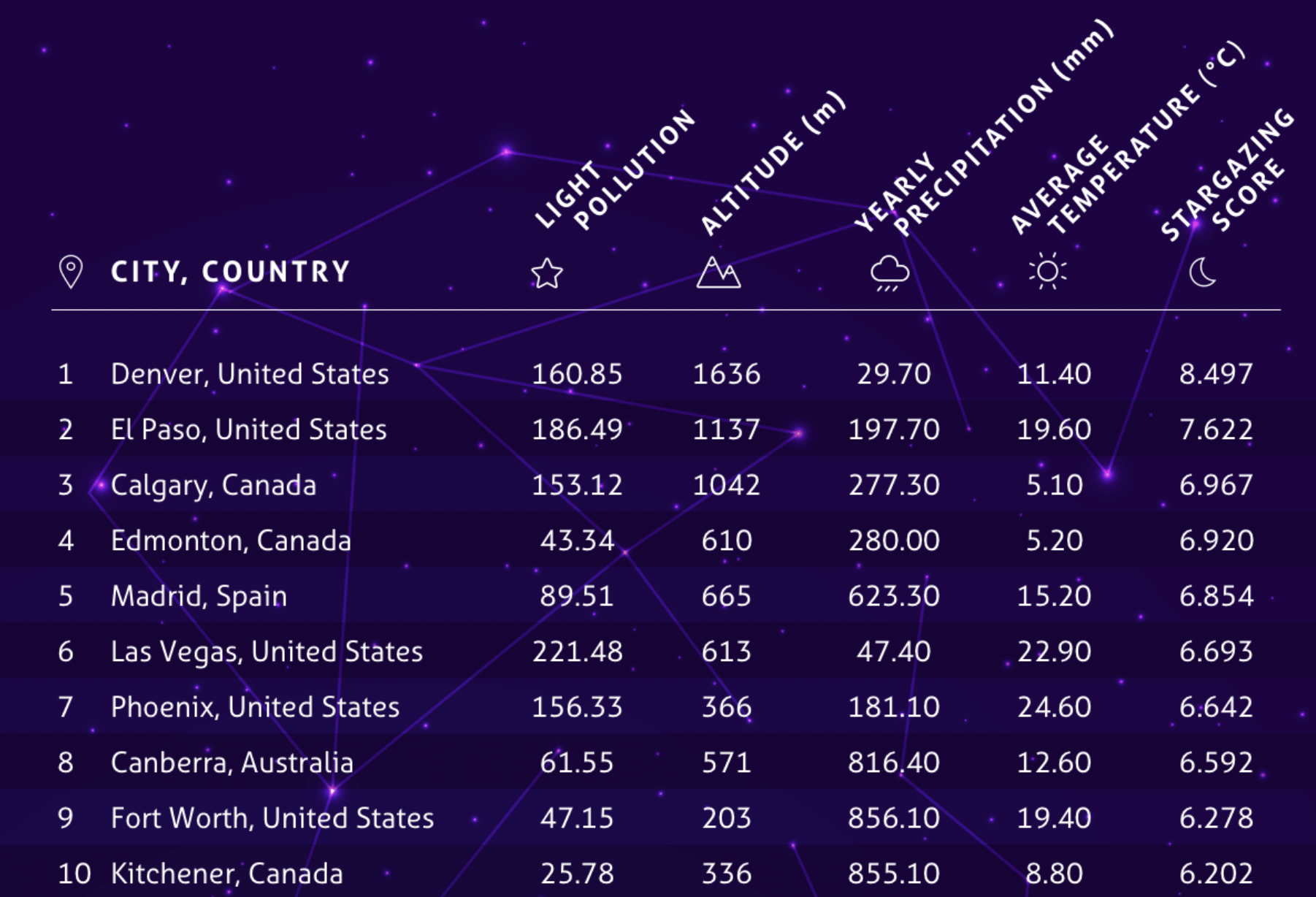 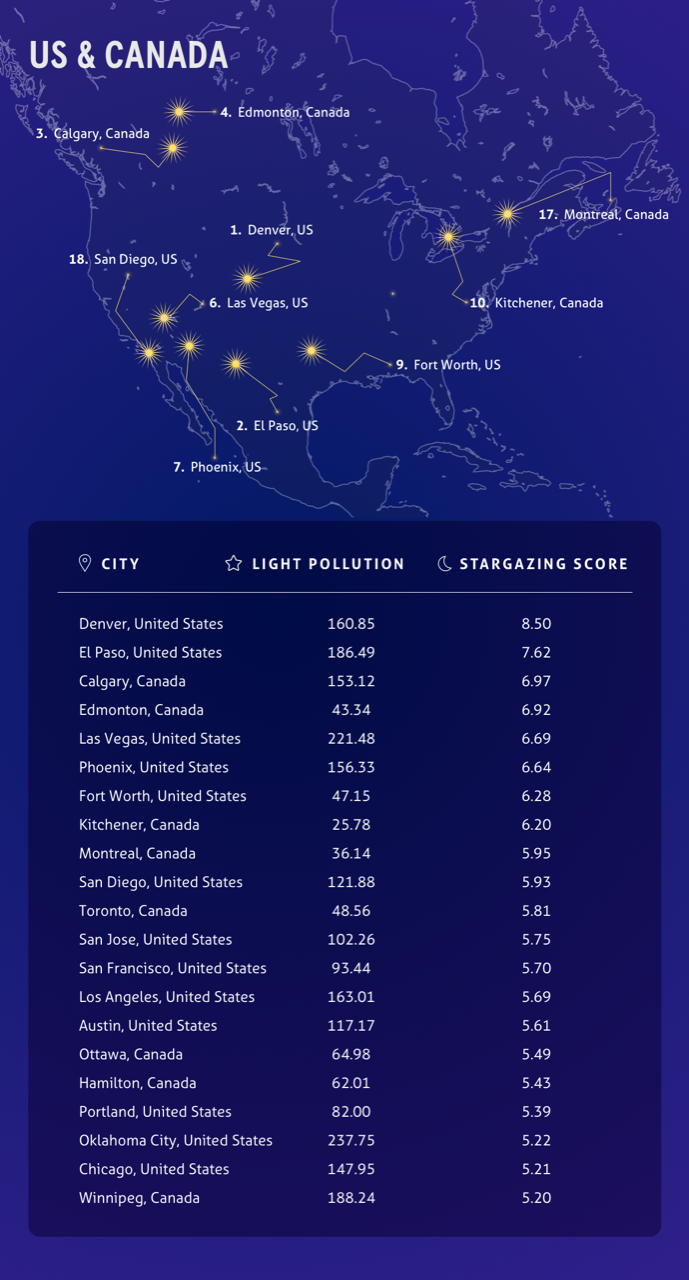