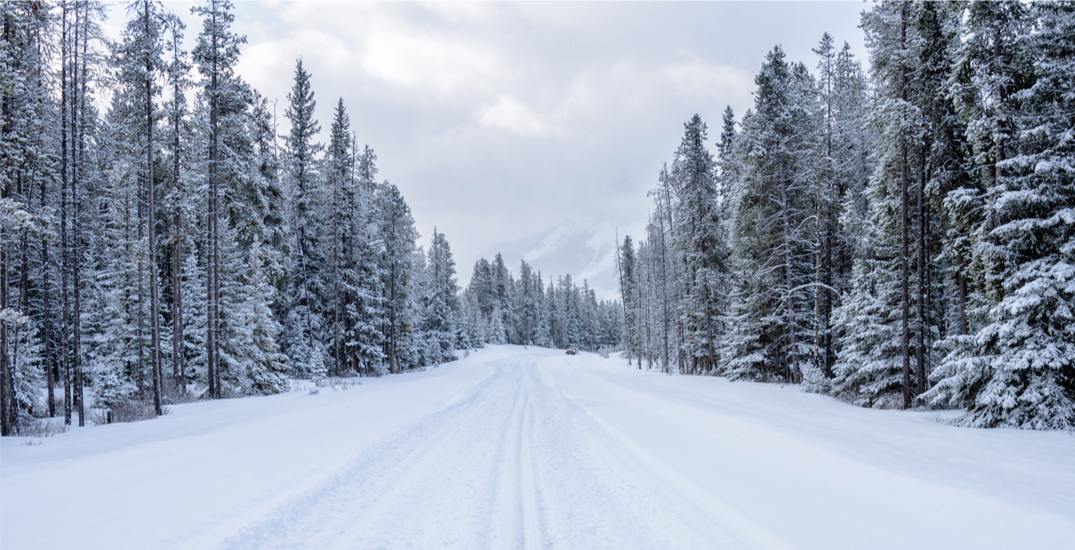 Alberta has enjoyed an unseasonably nice fall so far, but that’s changing this week as parts of the province are expected to be hit with up to 15 centimetres of snow by Monday night.

According to The Weather Network, an intense weather system is bringing the season’s first significant snowfall to areas across Alberta. Environment Canada has issued snowfall warnings, wind warnings and special weather statements for regions across the lower half of the province.

Environment Canada forecasts off and on periods of snow, rain, and freezing rain for many areas of central, western, and eastern Alberta on Monday.

The most snow is expected in the Rockies, with both Jasper and Banff National Parks being issued a snowfall warning by Environment Canada. The government agency forecasts up to 5 centimetres of snow in Banff, 15 centimetres in Lake Louise, and 10 to 15 centimetres in Jasper by Monday evening.

Snow will begin Monday morning for areas along the foothills, and by the afternoon for central areas, including Edmonton, which could see up to 10 centimetres of the fluffy white stuff.

Further west, the areas near Nordegg and Rocky Mountain House can expect five to 10 centimetres of snow by Monday evening. 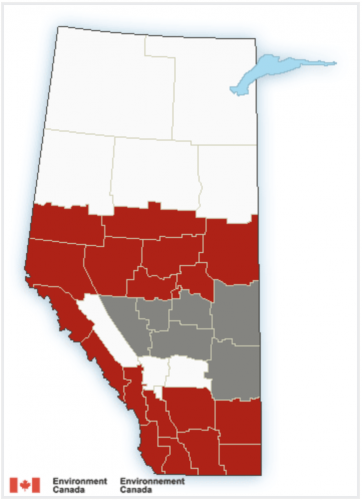 An additional five to 10 centimetres is likely overnight on Monday from the BC border, hitting areas near Hinton and Grande Prairie and heading southeast through Edmonton and into Saskatchewan, for a total of 10 to 15 centimetres by Tuesday morning.

Portions of the province, including Okotoks, Brooks, Medicine Hat, Lethbridge, and Pincher Creek are under wind warnings, with gusts of up to 110 km/h predicted in some areas.

And the wintery weather doesn’t stop there. On Tuesday, winds will increase from the northwest, and blowing or drifting snow is likely before winds weaken on Tuesday evening.

Environment Canada suggests adjusting your driving with changing road conditions, and those planning on travelling in the Banff and Jasper areas should consider postponing non-essential trips until conditions improve. Rapidly accumulating snow could make travel difficult over some locations.

Public Safety Canada encourages everyone to make an emergency plan and have an emergency kit containing drinking water, food, medicine, a first-aid kit, and a flashlight.

We hope you’ve got your snow tires on on, because it looks like Alberta is getting a blast of winter this week.