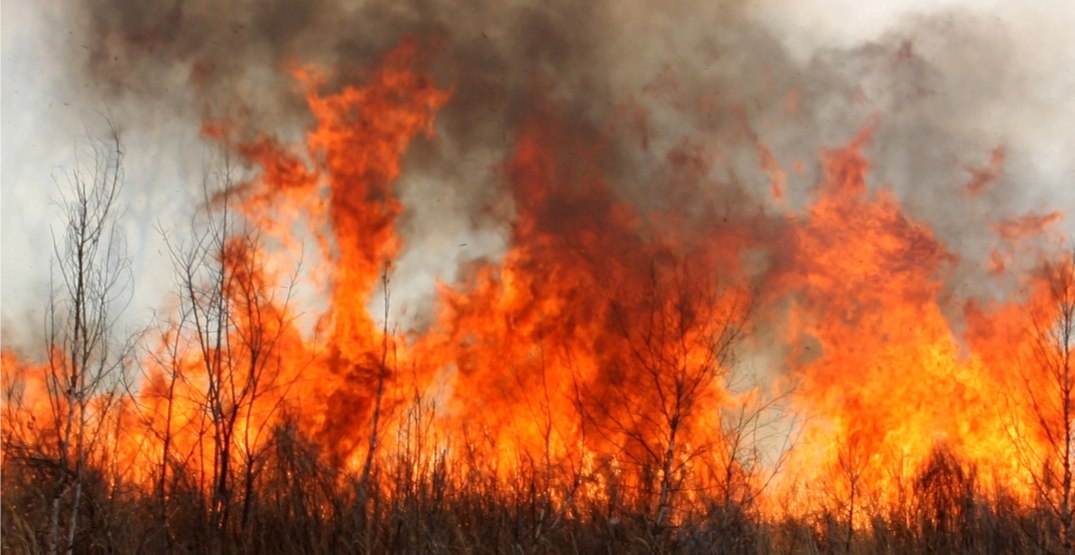 Snow may still cover the ground in Calgary, but Alberta is wasting no time in readying itself for the imminent wildfire season.

A release from the Government of Alberta states that wildfire officials have begun putting precautionary measures in place to curb the damage the province is expected to see throughout the spring, summer, and fall.

“Protecting Albertans and their communities from the dangers of wildfires is our highest priority, but wildfire prevention is a shared responsibility,” said Alberta’s Minister of Agriculture and Forestry Oniel Carlier, in the release.

“More than half our wildfires are human-caused. Getting a permit, following any fire bans or restrictions, and burning responsibly are simple ways we can all do our part to prevent wildfires.”

The release states that Alberta’s wildfire season is officially considered to run from March 1 to October 31, and as of Friday anyone planning to burn anything other than campfires in the Forest Protection Area of Alberta will require a permit to do so.

The permits are free and can be obtained through any Agriculture and Forestry office — their purpose is to let local firefighters know exactly where any planned burning will be done throughout the province.

Last year saw 1,288 fires throughout Alberta, which burned through over 59,800 hectares of land. According to the release, 777 (over 60%) of the province’s fires were caused by humans.

Anyone who spots a wildfire burning should report it by calling the toll-free number of 310-3473 (FIRE).