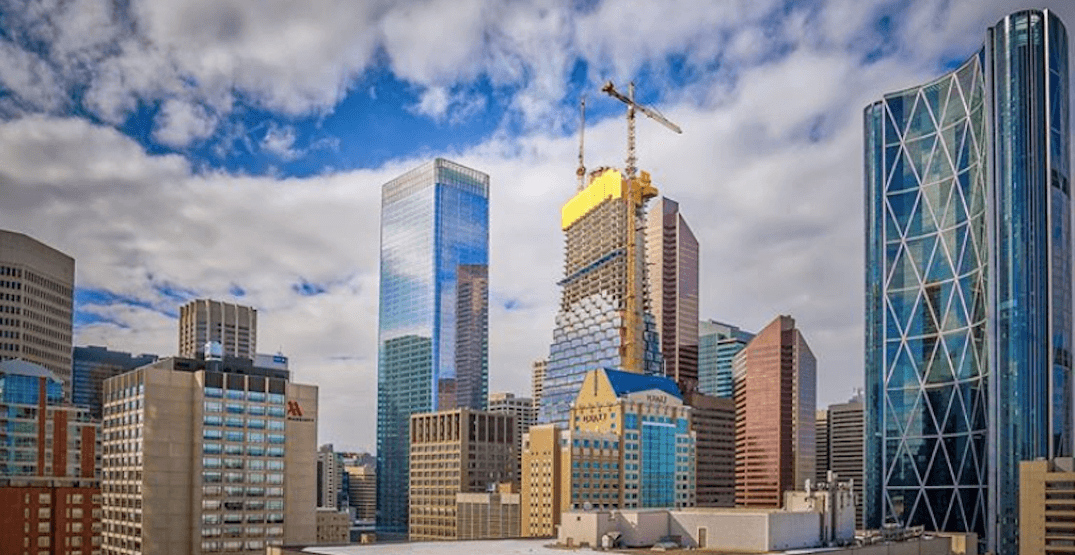 It has been a little more than a minute since Calgary has seen any sort of green alongside its skyline, though a thaw may be coming later this March.

But, before we get to that, Old Man Winter has one last (or, at least what we hope to be the last) deep freeze to put us under, as this Friday is expected to be a cold one.

According to the seven-day weather forecast from The Weather Network, Calgary will face temperatures as low as -19°C on Friday and Saturday, though it will feel like -27°C and -24°C, respectively. 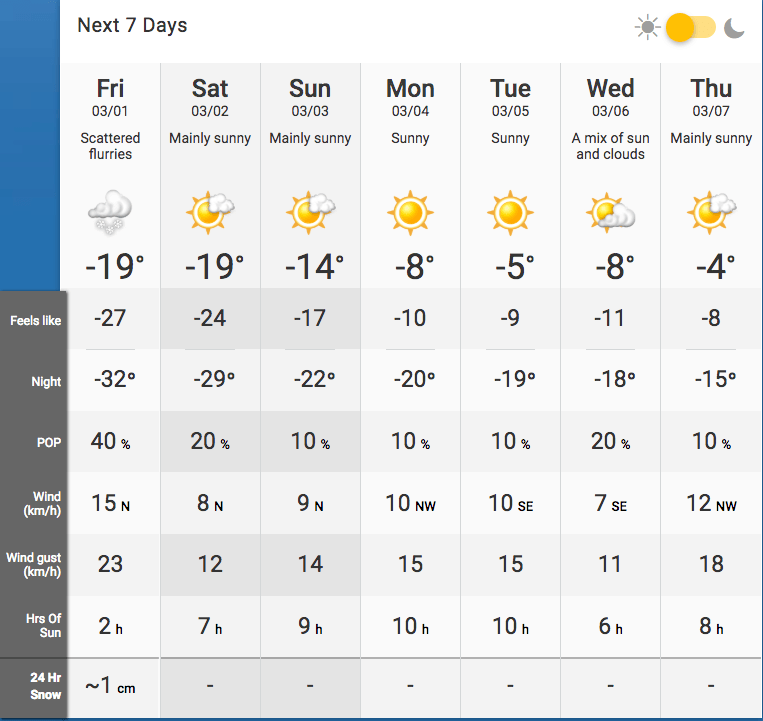 Things take a drastic change for the warmer when looking at the 14-day trend, however, as some warmth may very well be in Calgary’s future the further we head into March.

Friday, March 1 is expected to break freezing for the first time in over a month, while the days that follow look to get steadily less cold. 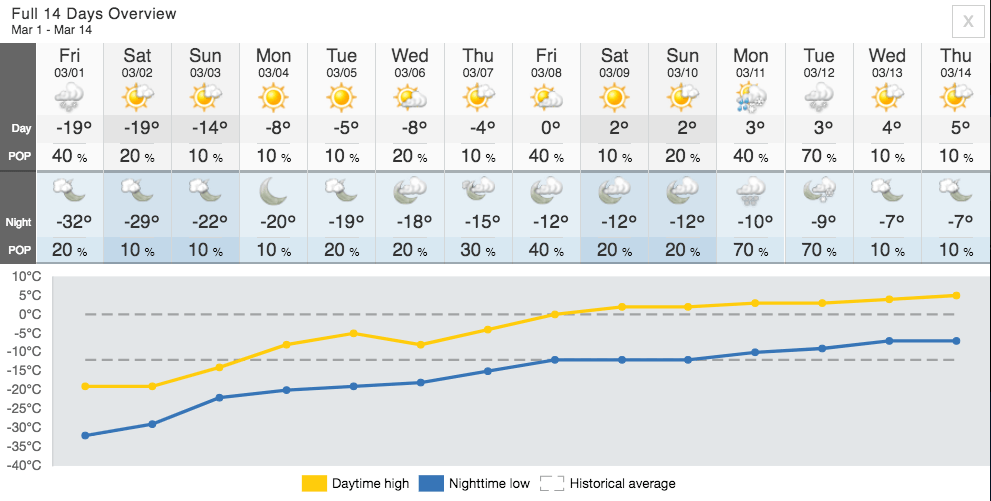 By Thursday, March 14, Calgarians could be lazing about outside in nothing but a windbreaker, enjoying a mostly sunny day with a high of 5°C.

We know it’s not much, but compared to the -27°C (or at least what feels like it) days that we’re currently facing, we’re happy with feeling even a semblance of summer.