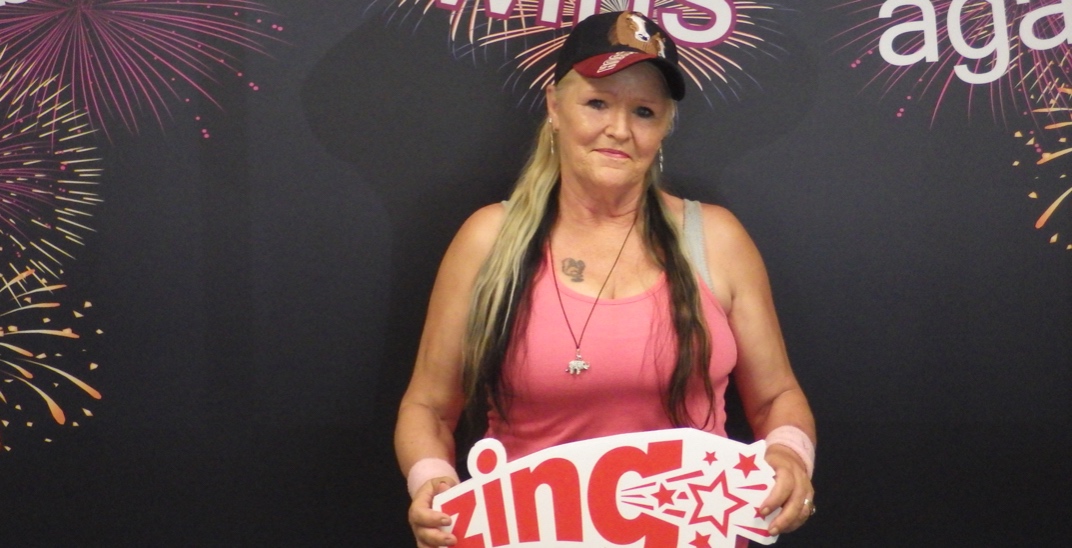 A woman in Alberta hit the jackpot this month, winning a cool $1 million thanks to a $100 scratch lottery ticket she bought killing time between doing laundry.

Looking to kill time between laundry loads, Juanita Melenko headed to the nearby Vegreville Co-Op Gas Bar at 4906 – 51st Avenue and had her interest piqued by the new ULTIMATE instant tickets on sale, Melenko recalled in a Western Canada Lottery Corporation (WCLC) media release.

She picked up two to add a little excitement to laundry day and when Melenko scratched her tickets, she couldn’t believe her eyes; one of her numbers matched the winning number, scoring her a wicked $1,000,000.

The ULTIMATE ticket is the first ticket at a $100 price point ever released in the Western
Canada lottery region.

It launched on May 30 and allows players the best chance to become a millionaire in any game offered by WCLC, with odds of 1 in 100,000. Melenko is the first person in Canada to win one of the three $1 million prizes up for grabs.

“I thought I won $100,000 then I looked closer and saw it was $1 million!” Melenko recalled as she claimed her prize.

“I’m going to pay off my farm debt and purchase a new vehicle,” she said about what she was going to do with her newfound riches.

Melenko joins other Albertans this month that had good luck with the lottery, including a Calgary man who won $1 million.