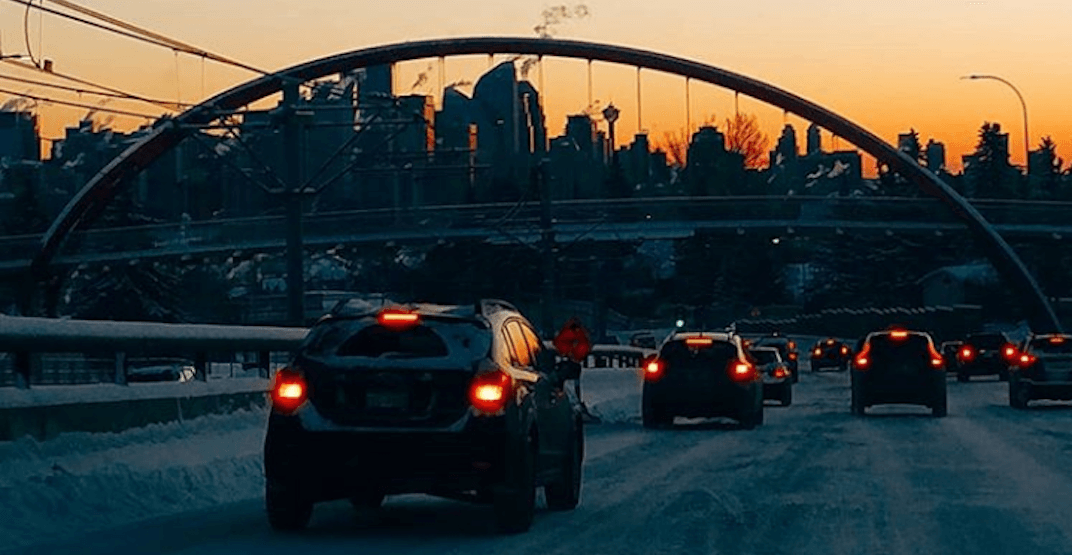 Calgary’s busiest roadway will be getting a serious revamp thanks to the Government of Alberta.

That may come as a blessing to anyone who has been stuck in bumper-to-bumper traffic while commuting on Deerfoot Trail, as the roadway has become one of the most congested in all of Alberta.

A release from the provincial government states that an average of 175,000 vehicles travel on Calgary’s north-south artery every day, causing significant congestion during peak hours.

The government announced that it would be investing $478 million in upgrades to Deerfoot Trail, including added lanes for both northbound and southbound traffic along a 21 km stretch.

The lanes will be added from Beddington Trail to Anderson/Bow Bottom Trail.

“Deerfoot Trail is the busiest road in Alberta and a vital artery for Calgary,” said Alberta Minister of Transportation, Brian Mason, in a release.

“It has become increasingly congested, and everyone who drives this road will appreciate this expansion plan. We want commuters to spend less time in traffic, and more time with their families and loved ones.”

The release notes at the time that the roadway was built to its current configuration in 2005, there were one million residents living in Calgary. The population has since increased to nearly 1.3 million, and the surrounding municipalities of Airdrie and Chestermere have been rapidly increasing in population as well.

A long-term study of changes that may be necessary for Deerfoot Trail is currently underway, and the nearly half-billion dollar investment from the province will also be going towards improvements to multiple interchanges in an effort to lessen the effects of bottlenecks.

“These improvements to Deerfoot Trail have been long awaited by Calgarians,” said Calgary Mayor Naheed Nenshi, in the release.

“This substantial investment from the Government of Alberta will go a long way in improving the traffic flow and safety on a roadway that is used by thousands of Calgarians every day.”