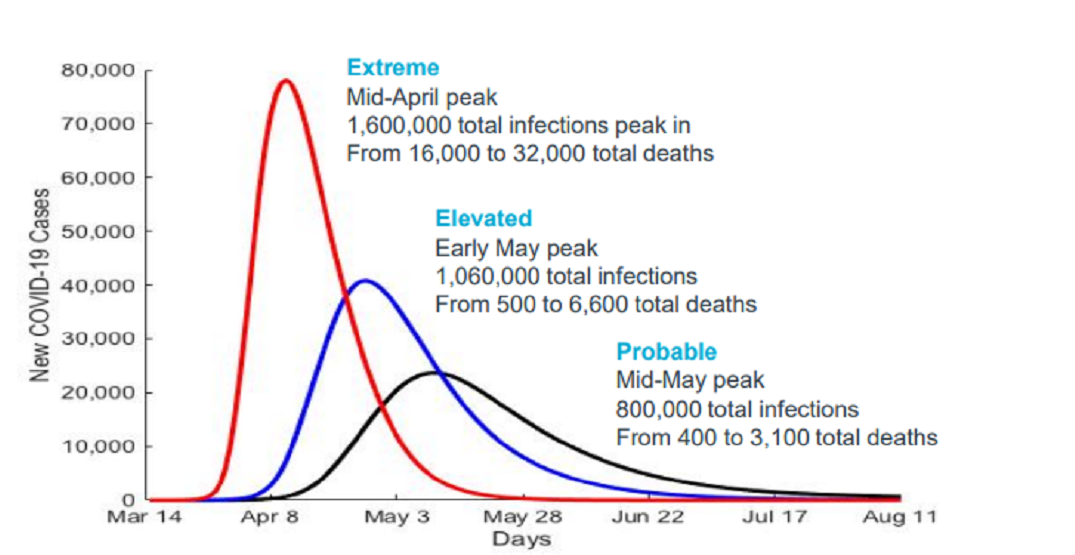 Premier Jason Kenney addressed Albertans in a televised statement at 6 pm on Tuesday to announce Alberta Health’s projections on how hard coronavirus is expected to hit the province.

He said that they created two models: a probable scenario, and an elevated scenario.

Kenney followed up with an in-depth presentation of the projections on Wednesday, which made a number of graphs and charts public.

He started by showing how Alberta stacked up to other provinces in Canada and compared to countries throughout the world. 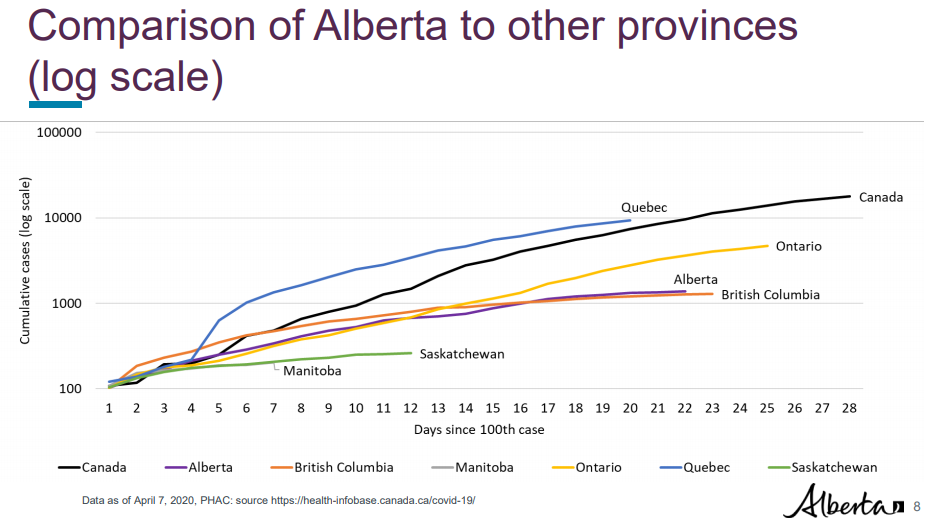 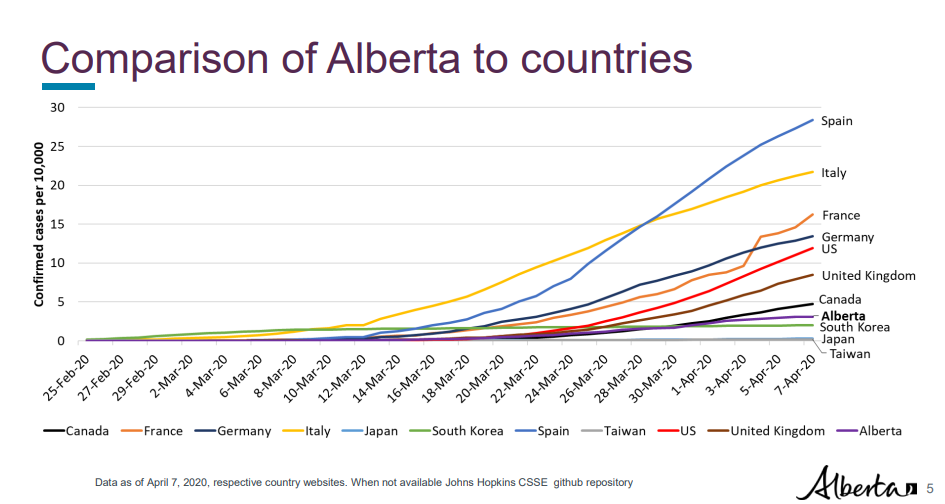 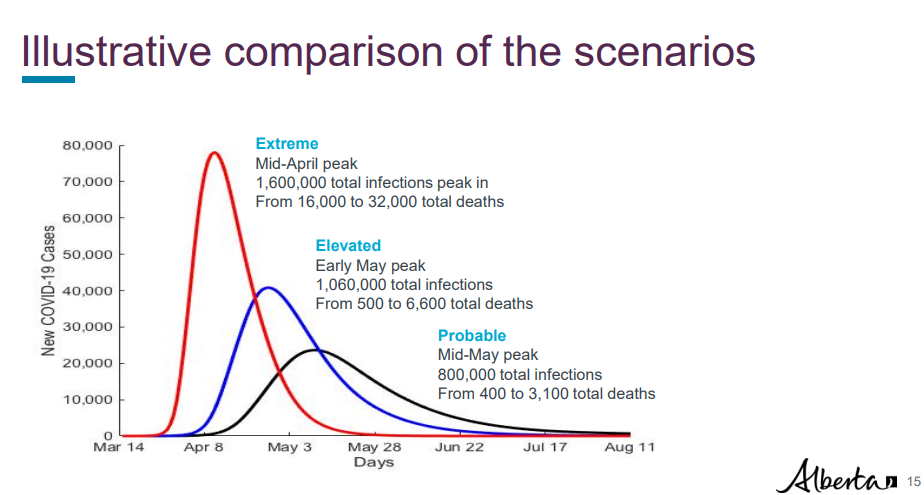 The probable scenario would see hospitalizations peak at 736 to 900 in late May, and 220 to 244 patients needing critical care by late May, early June. 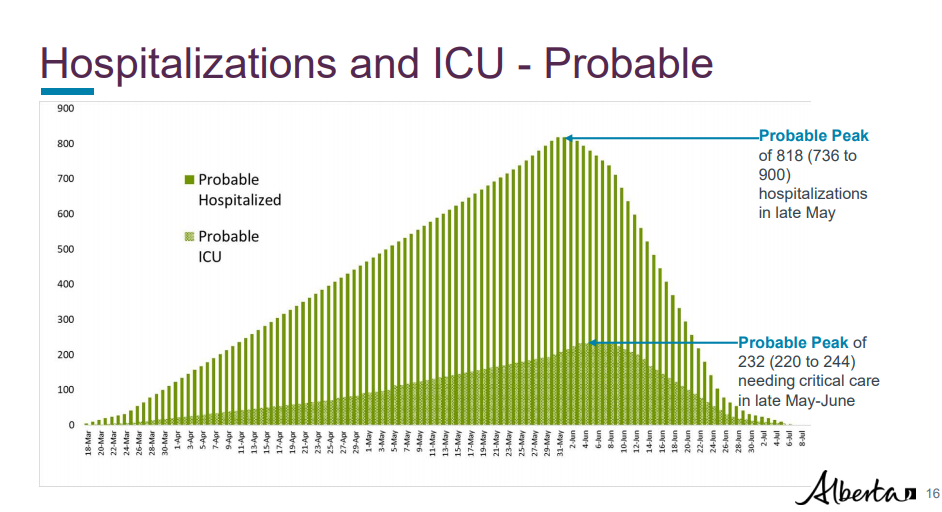 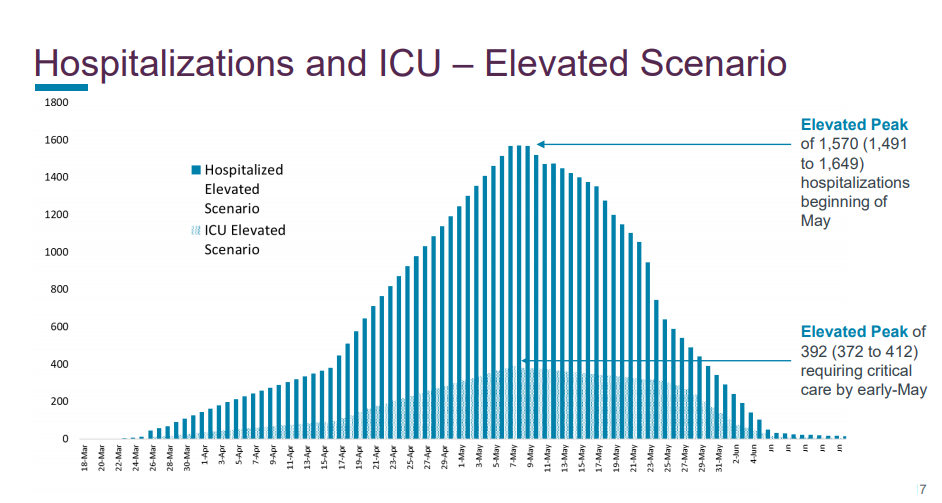 Alberta’s current healthcare system has the capacity of a total of 8,483 beds, 295 spots in ICU, and 509 ventilators.

The presentation also noted that the province would be building additional acute care capacity over April, planning for 2,250 COVID-19-designated beds by the end of the month.

This is being done by postponing scheduled surgeries, opening new spaces, and transferring patients who no longer need acute care to community settings. 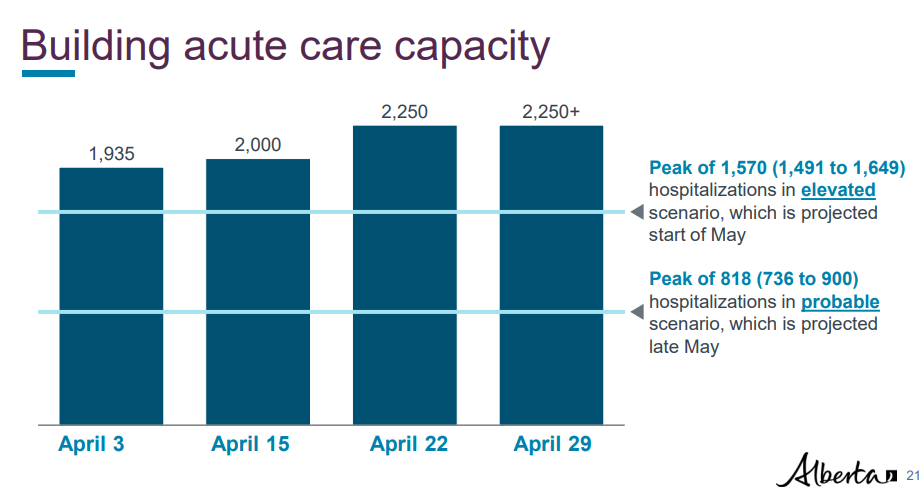 The presentation also touched on an extreme scenario, which is what would have happened had Alberta not undertaken any measures to limit the spread of the coronavirus.

Hospitalizations, ICU patients, and deaths for all three scenarios were laid out in the following graph: 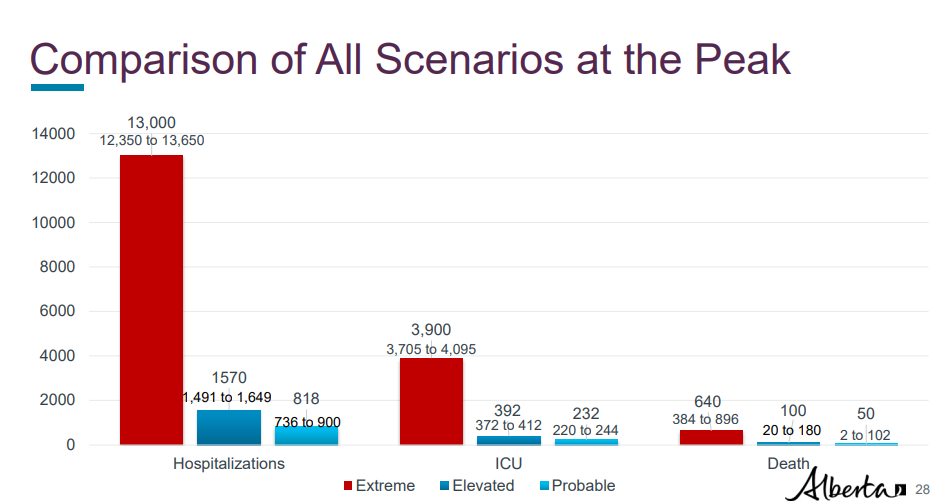 “I know these numbers can be overwhelming. But these models are not a done deal. I want Albertans to see them as a challenge. Perhaps the greatest challenge of our generation,” said Kenney in a release.

“The modelling helps us anticipate and prepare for the demands on Alberta’s health-care system so we can ensure we are prepared to support patients at the peak of the pandemic and beyond.”