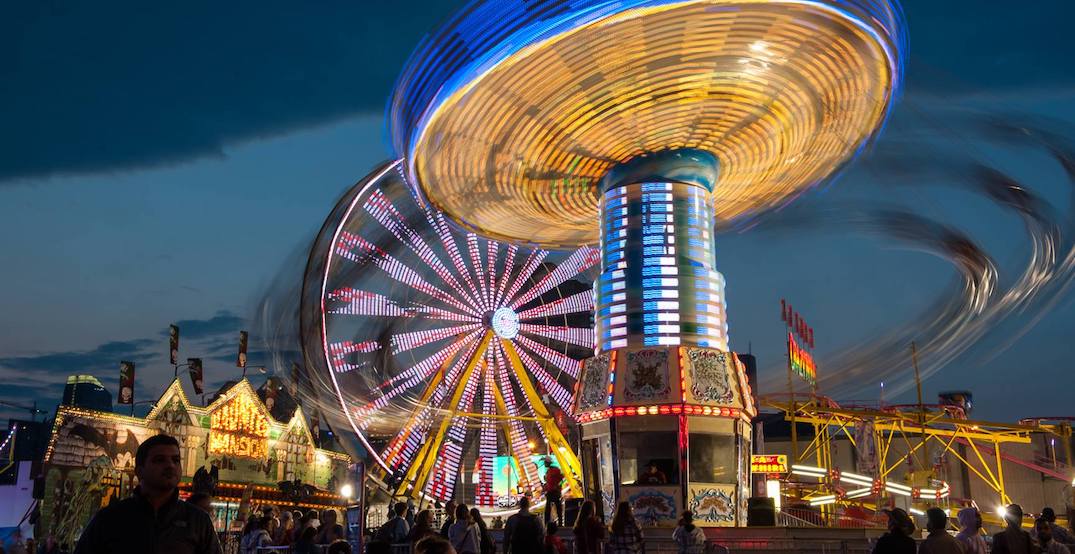 You don’t actually have to wait until the opening day of the Stampede to get the party started, as the Coca-Cola IgNITES the Night block party will be ready to go a day early.

The Stampede sneak-peek will feature live music, Midway rides, dancing, and more, all on Thursday — right before the proper Calgary Stampede is set to get underway on Friday, July 6.

Attendees will be able to have first dibs on this year’s rides until 1 am, as well as attend a Silent Disco on the Midway.

If out-loud music happens to be your preference, there is also a show by Hip-Hop legends Northern Touch Allstars going down at the Big Four Roadhouse, and a concert by Alexisonfire and The Dirty Nil at the Coca-Cola Stage.

“Coca-Cola IgNITES the Night is officially starting off the summer with a ton of added fun on the Stampede Midway,” said Kyle Corner, Manager of Entertainment and Programming at the Calgary Stampede, in the release.

“We have iconic bands on two of our biggest stages, a giant dance party, and your favourite Midway rides open late.”

The Stampede pre-party is also offering 2-for-1 admission for you and a friend, all you need to do is head over to Coca-Cola’s website and punch in your information.