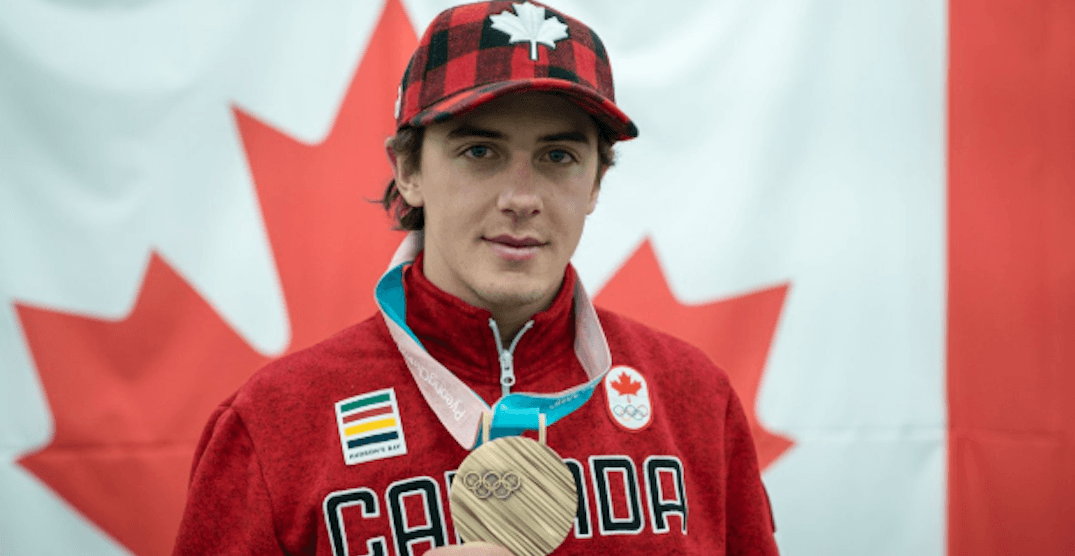 Canadian snowboarder Mark McMorris has had quite the year.

In March 2017, McMorris was snowboarding through the Whistler backcountry when he misjudged a takeoff and hit a tree. Hard.

He suffered a fractured jaw and left arm, ruptured spleen, a stable pelvic fracture, rib fractures, and a collapsed left lung — but that wouldn’t stop the Regina native from making a miraculous recovery in time to compete in the 2018 Winter Olympics.

Apparently a lot can change in a week.. So so thankful to have my life! It was touch and go there for a second and I don’t know how I can thank everyone enough for praying and sending healing vibes…. I hit a tree in the whistler backcountry a week ago and to be honest I was pretty sure I was going to die… @craigmcmorris @torsteinhorgmo @erinhogue @brandonkelly and @ryantiene saved my life by staying calm, building me a nest, and calling search and rescue🙏🏼 I will never take another day on this earth for granted .. 😌 Much Love❤

McMorris went on to win a bronze medal in slopestyle snowboarding while he was in PyeongChang, and he will now be on his way to Calgary for this year’s Stampede.

We are excited to announce two-time Canadian Olympic bronze medalist and 15-time X Games medalist, snowboarder @markmcmorris as this year’s Parade Marshal. Come join us as McMorris kicks off 10 days and 10 nights of Stampede at the @CSParade! pic.twitter.com/76k3zI2ygP

Fans of the snowboarder will be able to see him on Friday morning during the annual Stampede Parade, which kicks off the 10-day long festival – and we wouldn’t be surprised if McMorris decides to stick around for some Stampede fun in the days that follow, too!

Time: Parade Prelude starts at 8 am