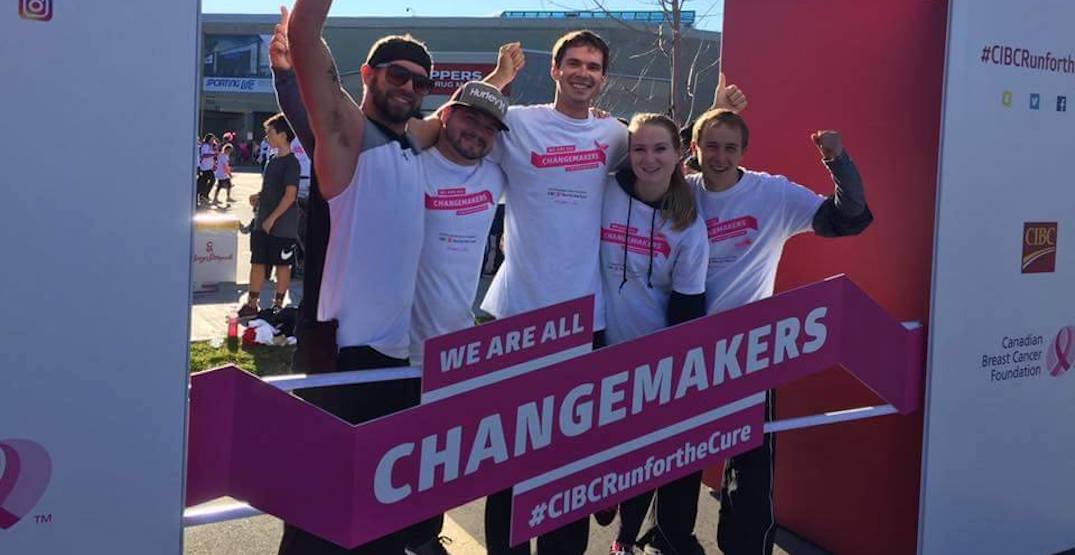 Colin Pischke and his friends at the CIBC Run For a Cure (albertacancer.ca)

It’s the dream of many to have their name in the world record books one day, and a Calgary trio is attempting to achieve just that.

The three friends – Colin Pischke, Johann Schelesnak, and Christopher Watson – will have the numbers on their side during the attempts, as they will be trying for seven different Guinness World Records all in one go.

However, mere weeks before their scheduled attempt, another group had set a newer, much higher record of 42 hours that the Calgary group would have been unable to beat due to venue restrictions.

That, according to Pischke, is why the trio are keeping the nature of the seven (hopefully) soon-to-be-broken records on the down-low.

“We’re just a little hesitant that someone will swoop in and steal them from us,” he said over the phone to Daily Hive.

What Pischke could say, however, is that all seven records will include throwing and jumping.

The three would-be record-setters will be making their attempts at the Records for Research 2018 event, which will be open to public and raising funds for cancer research.

Pischke said that the idea for setting a world record has always been an aspiration for him and his friends, and that coupling that drive with his personal experience with cancer made perfect sense.

“I’ve just always wanted to have that record on the wall, so being able to attach that to … something much bigger than just ourselves, and against something that is very near and dear to my family, it just made so much sense,” he said.

Pischke has lost four family members to the disease, and is hoping to raise $10,000 for the Alberta Cancer Foundation by organizing the record-breaking event.

The event will take place on Saturday, April 14 at Notre Dame Collegiate School in High River. They are looking to begin around noon, and are encouraging anyone to attend, or to offer support by donating to the Alberta Cancer Foundation.