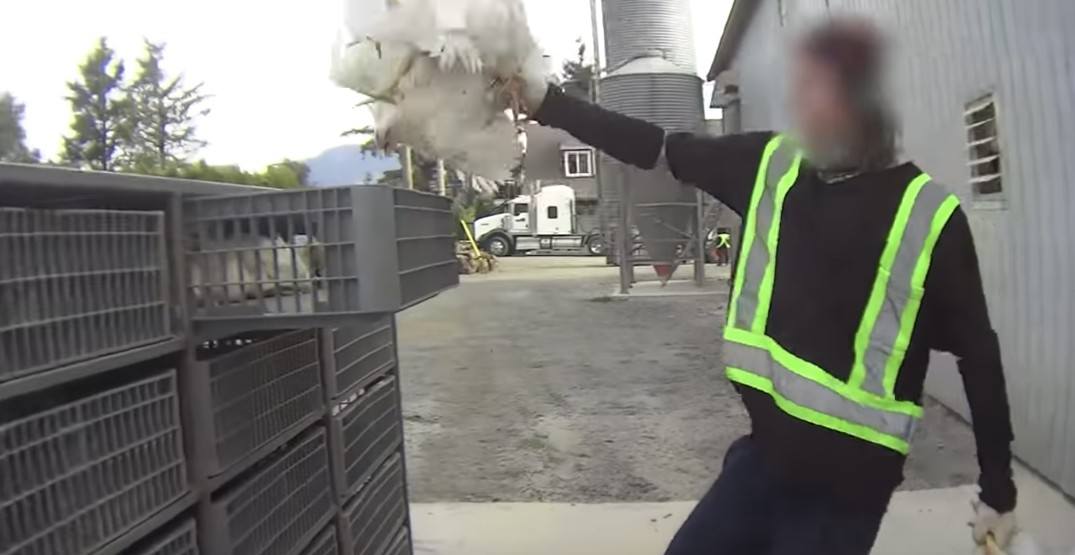 The Canadian Food Inspection Agency (CFIA) has announced multiple charges against a man from Chilliwack, BC, and two companies, for alleged animal abuse against chickens caught on video in 2017.

The 2017 video was filmed by Toronto-based activist group Mercy for Animals between May 10 and June 9 at Elite Services, which rounds up and transports chickens to a Port Coquitlam slaughter plant for Lilydale/Sofina Foods.

The BC SPCA received the video. It reportedly showed workers and even a supervisor carrying out appalling acts, including:

When the video was released, Dueck –the president of Elite Services– said he was “sickened with the footage”  and wanted to ensure all of the company’s suppliers and producers that “this is not reflective of who we are, our fundamental beliefs or behaviour we accept from our employees.”

One supervisor and five employees were laid off as a result of the video footage.

According to CFIA, Dueck and the farms violated the law under the Health of Animals Regulations act, which states “no person shall load or unload, or cause to be loaded or unloaded, an animal in a way likely to cause injury or undue suffering to it.”

Elite Farm Services Ltd., Dwayne Paul Dueck, and Sofina Foods Inc./Aliments Sofina Inc. are scheduled to appear at the BC Provincial Court in Chilliwack on December 18.