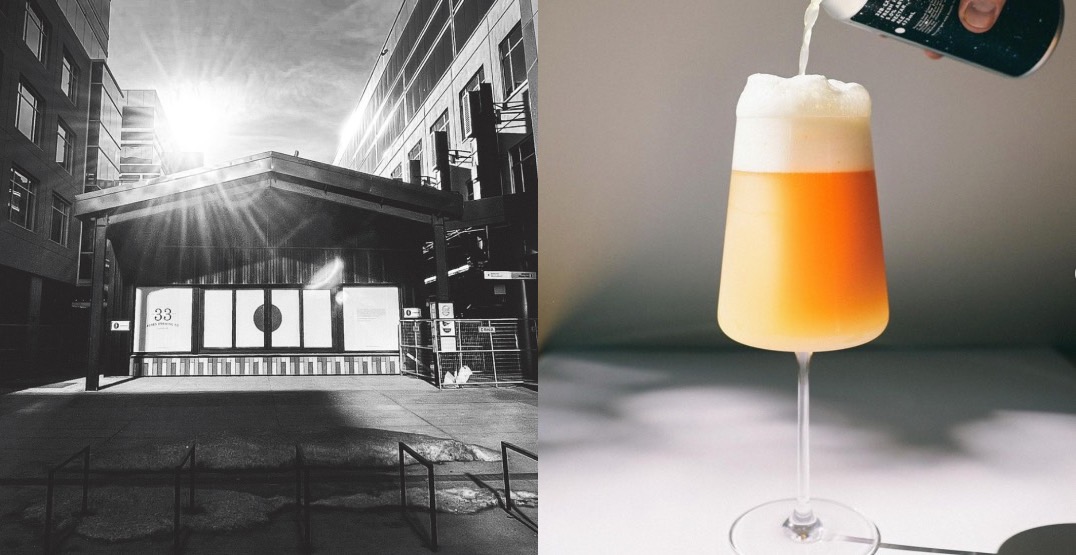 One of the most popular breweries in Vancouver, 33 Acres Brewing Company, is opening in Calgary this week.

33C (C for Calgary) will bring an entirely new boutique brewing concept to YYC, right in the heart of the Beltline community and next to the newly opened Central Taps.

This new West Coast craft brewery is officially set to open on Thursday, May 12, from 11 am to late.

Known for its bold black and white designed product, this brewery features a decor of simple aesthetics, like you’re just steps away from the forests and beaches of the Pacific.

Details about this new boutique concept will soon be announced, but there is seating for 60 people inside and 40 people on the stunning patio space with a fireplace, just in time and perfect for summer.

At the Vancouver outpost, growler fills, 24 oz pints, tasting flights, snacks, and a fantastic brunch all keep this minimal space decorated, with plants and surfboards filled with customers.

The expertly crafted beer brewed with inventive techniques makes 33 Acres such a special place for so many people.

Several taps don’t go anywhere, like the 33 Acres of Life, a California Common, or the 33 Acres of Ocean, a West Coast-style amber ale. The Fluffy Cloud IPA is incredibly popular, even showing up on many taps across Alberta. The team here also likes to experiment with craft creations, offering plenty of unique features throughout the year.

33 Acres Brewing Company has a cult-like following in Vancouver, and it’s incredibly exciting that Calgary is getting this new concept to call their own.

Stay tuned for more details and an inside look at this boutique brewing concept.