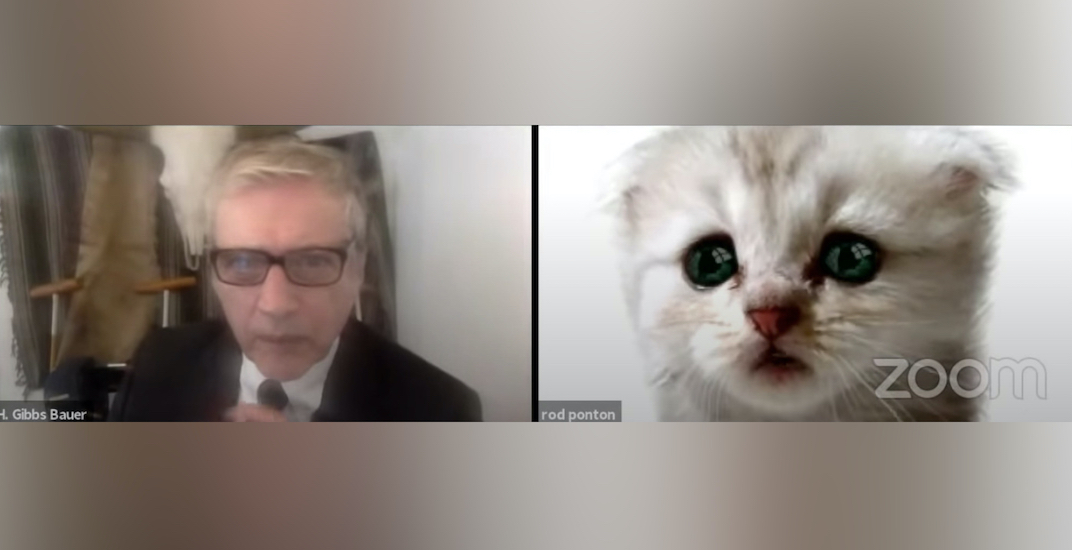 The 394th District Court in Texas released the video on Tuesday with a purrfect warning: “If a child used your computer before you join a virtual hearing check the Zoom Video Options to be sure filters are off,” says Judge Roy Ferguson’s tweet. “This kitten just made a formal announcement on a case in the 394th.”

“Mr. Ponton, I believe you have a filter turned on in the video settings,” says Honourable Gibbs Bauer from the virtual court hearing.

“It is and I don’t know how to remove it,” responded the cat-filterd Ponton. “I’ve got my assistant here, she’s trying but…”

Props to the Texas lawyer who said he was “prepared to go forward” with the meeting, stuck as a cat.

The video, titled “Kitten Zoom Filter Mishap,” was shared across social media on Tuesday, gathering over 3 million views on YouTube and another 38,000 likes on Twitter.

Judge Roy Ferguson added a threaded tweet saying the video was released for “educational purposes.” The adjoining tweet says it is “crucial that this not be used to mock the lawyers, but instead to exemplify the legal community’s dedication to the cause of justice.”

But right meow, just enjoy it for being purrfectly hilarious.