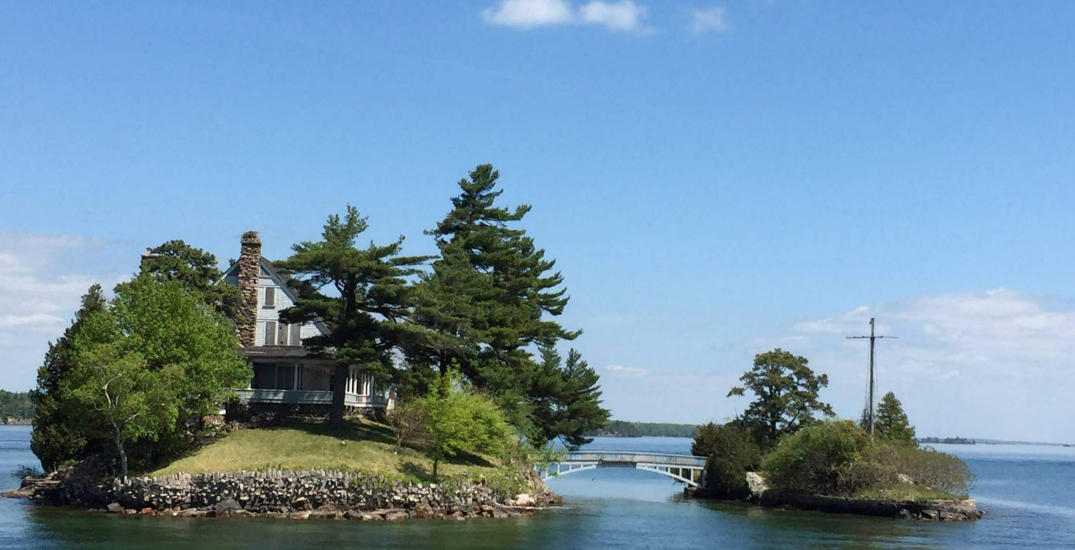 What’s a Canadian homeowner to do when they run out of space on their island? Build a bridge to the United States. That’s what the owner of Zavikon Island did.

Despite the singular name, Zavikon Island is actually a pair of islands. They’re located in the Thousand Islands Archipelago, which straddles the border between Ontario and New York.

Speckled throughout the St Lawrence River, some of the islands belong to Canada while others are US territory.

According to Atlas Obscura, the bridge came to be because both sections of Zavikon Island are owned by the same person.

The northwesterly island is in Canada, while the southern piece of land is in the United States; the home is on the former and the latter is used as the backyard.

The islands are connected by a 32-foot-long bridge that’s often referred to as the “shortest international bridge in the world.” With no border guards in sight, your crossing is signified by a Canadian flag at one end of the bridge and an American flag at the other.

Unfortunately, though, the unique setup seems to be just the stuff of internet lore.

The house and its backyard really are connected by a tiny bridge, but, per the Canadian Department of Natural Resources, both islands are located in Ontario. 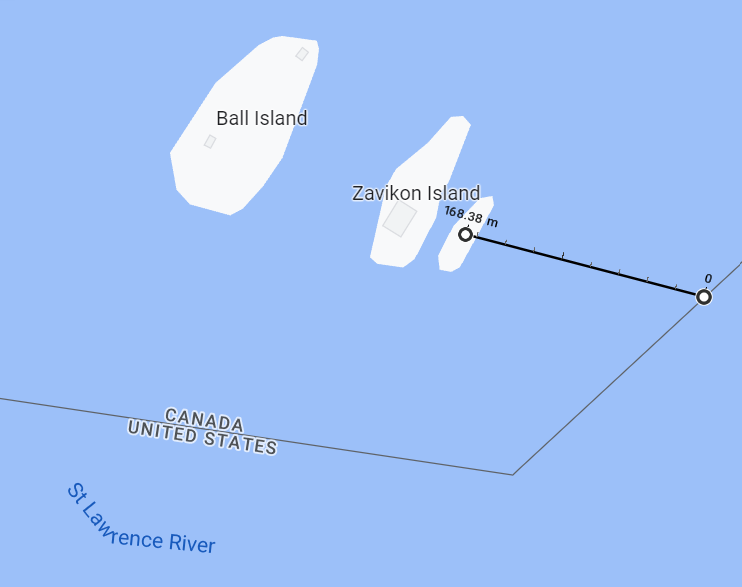 Although the estate isn’t really divided between Canada and the United States, it is incredibly close to the border.

So, while the homeowners can’t walk across the border, they can definitely swim.