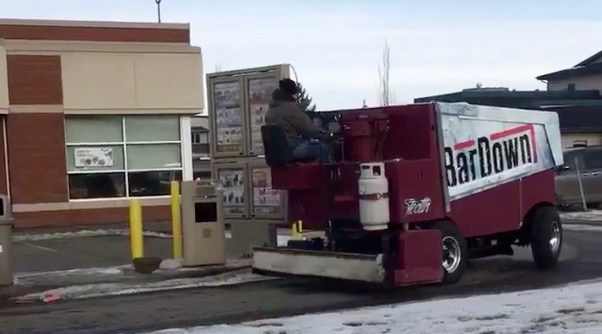 Jesse Myshak, aka father of the year, built a backyard hockey rink for his kids in Stony Plain, Alberta (about 40 mins west of Edmonton).

So naturally he needed to find a Zamboni.

“Well, I wanted to give the rink that nice fine tuned look,” he told Daily Hive when reached by phone. So when a Zamboni became available in Cabri, SK (on Kijiji, obviously), Myshak decided to bring it home. 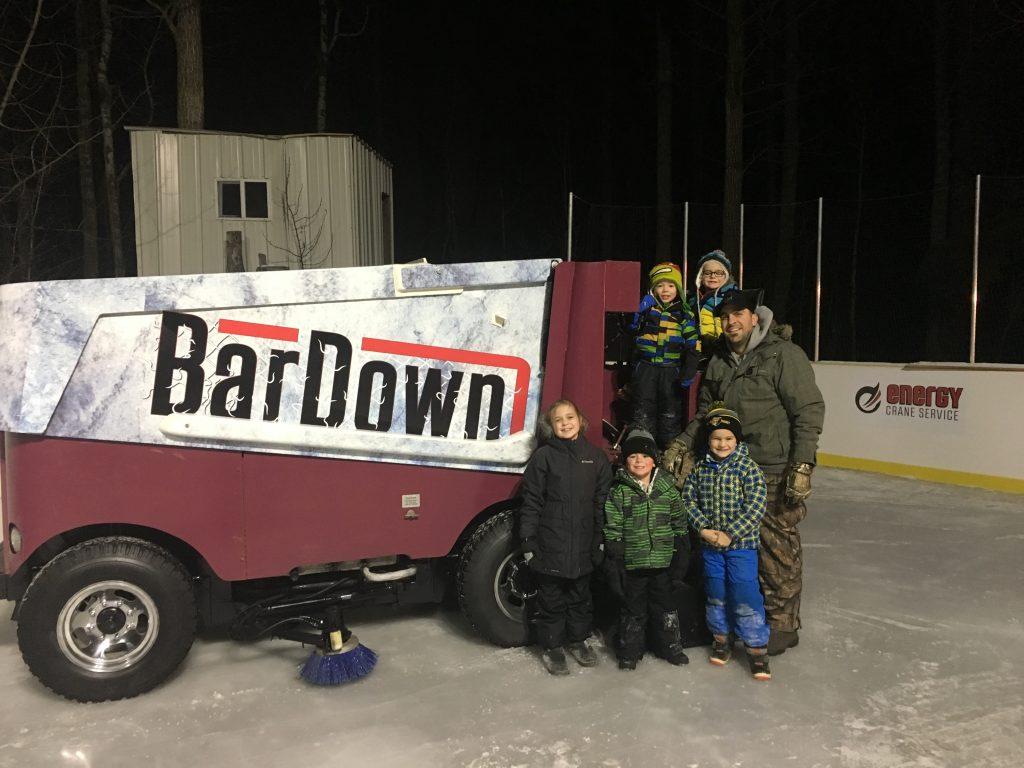 Owner of a crane and rigging service, Myshak fixed up the smaller, but still full-size, Zamboni in his shop before taking it back to his house and the waiting 100 x 40 foot backyard rink (that’s about half the size of an offical NHL rink). Once Myshak decided he’d drive the Zamboni the short distance home on Tuesday, “the boys in the office started saying you have to take it through the drive-thru.”

Pulling into the Tim Hortons parking lot, Myshak tells us people got out of their cars and started approaching, taking pictures and smiling. “People told me it was the most Canadian thing they’d ever seen.”

A big Edmonton Oilers fan, Myshak’s only hope now is that Oilers star Connor McDavid will come out and drop the puck at centre ice when his son’s hockey team is playing on the backyard rink.

“Everyone’s got the free invitation to come around and play whenever they like,” Myshak said.

You hear that, Canada? Game on.