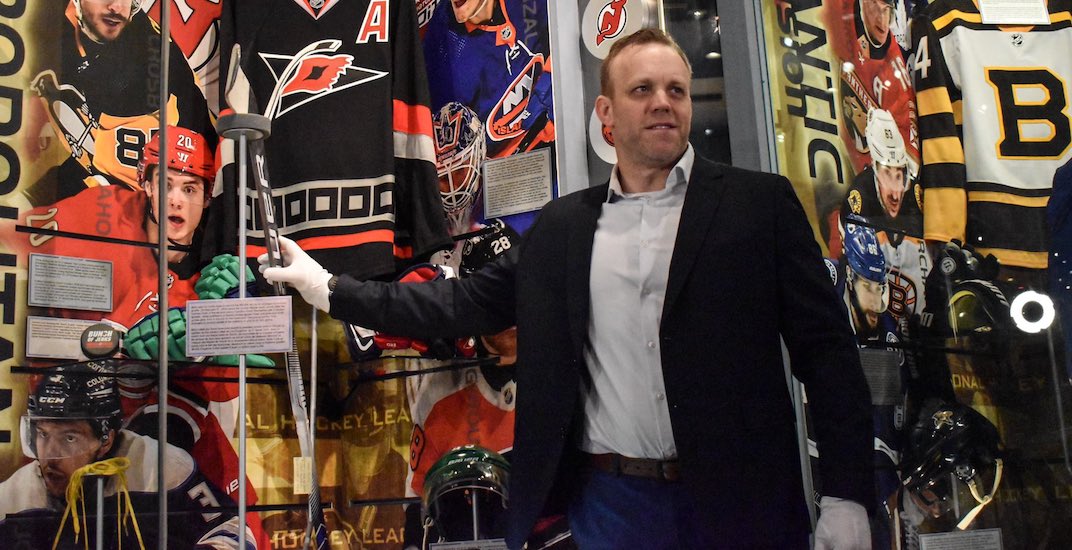 The 42-year-old became a folk hero last Saturday, when he filled in as an emergency goaltender during an NHL game, registering a win for the Carolina Hurricanes against the Toronto Maple Leafs.

Since then, Ayres went on a New York City media tour, which included appearances on The Today Show and Late Night with Stephen Colbert, among others. The Hurricanes hosted Ayres at a game in Raleigh, North Carolina on Tuesday, where he signed autographs and cranked the pre-game siren.

The governor of North Carolina named Ayres an honorary North Carolinian, while the mayor of Raleigh formally proclaimed Tuesday to be “David Ayres Day.”

Ayres etched his name into the NHL record books, as he became the first emergency backup goalie to win an NHL game, as well as the oldest goalie to win in a debut performance.

And now the former Zamboni driver has been recognized by the Hockey Hall of Fame in Toronto. Ayres has donated his game-used stick, which is now being displayed at the hallowed hall.

Thank you to David Ayres for donating your stick, and helping to put it on display!

A bit of interest for the David #Ayres stick donation. pic.twitter.com/XnbQ61oO4E

Look who is the house! David and Sarah #Ayres for stick donation at 11 am. pic.twitter.com/qdeg2SWWzB

He got the balance just right 👌#HHOF pic.twitter.com/MNcapoZxEF