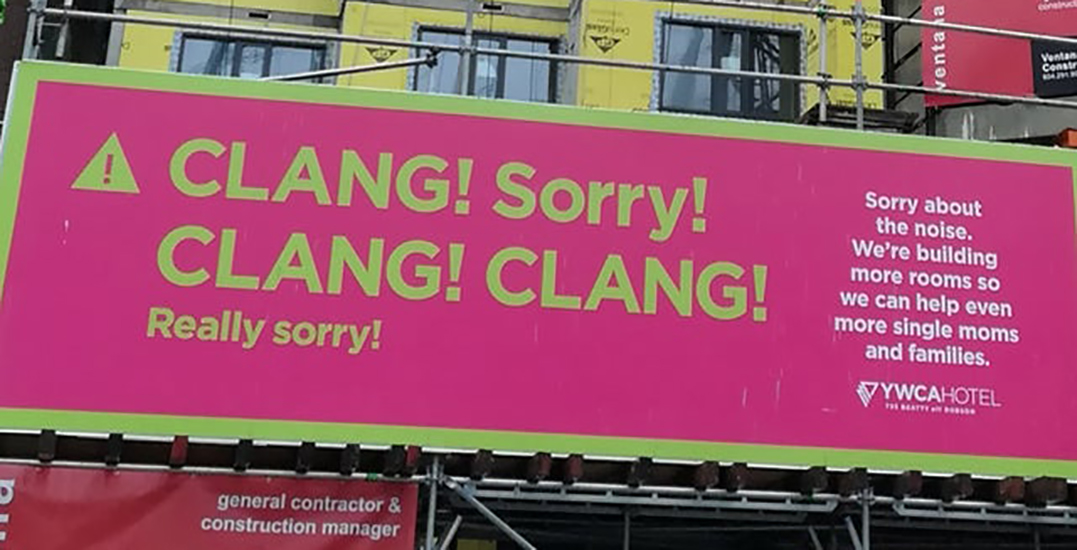 A Vancouver hotel has picked up traction on social media for its very Canadian construction sign.

YWCA Hotel Vancouver, located on Beatty Street across from BC Place, is in the midst of an 11-storey, 125-ft-tall expansion, emerging from its existing one-storey podium.

The development, which was designed by DA Architects + Planners, includes 65 additional rooms (in addition to its 155 currently available) and the retainment of the existing single-level of underground parking. 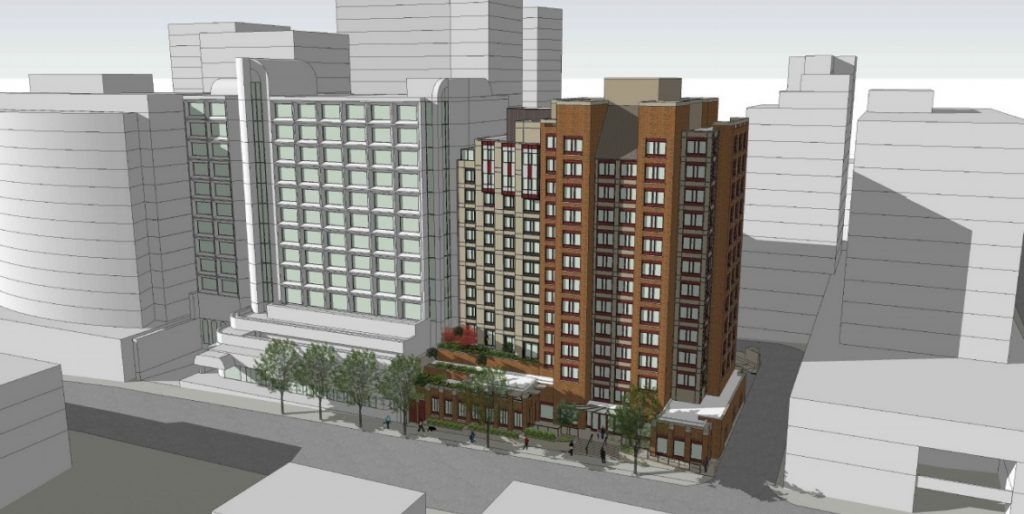 The hotel recently found some spotlight on Reddit, where it’s apologetic construction sign picked up thousands of upvotes and hundreds of comments.

A vibrant pink sign near the ground floor of the building reads “Clang! Sorry! Clang! Clang! Really sorry!” and explains that the hotel is “building more rooms so [it] can help even more single moms and families.”

The YWCA Hotel is also a social enterprise, which means that all proceeds from the hotel go towards childcare, single mom support services, and other services for women who need it and their families.

The hotel’s expansion began in 2019 and is scheduled to be completed by the end of 2020.