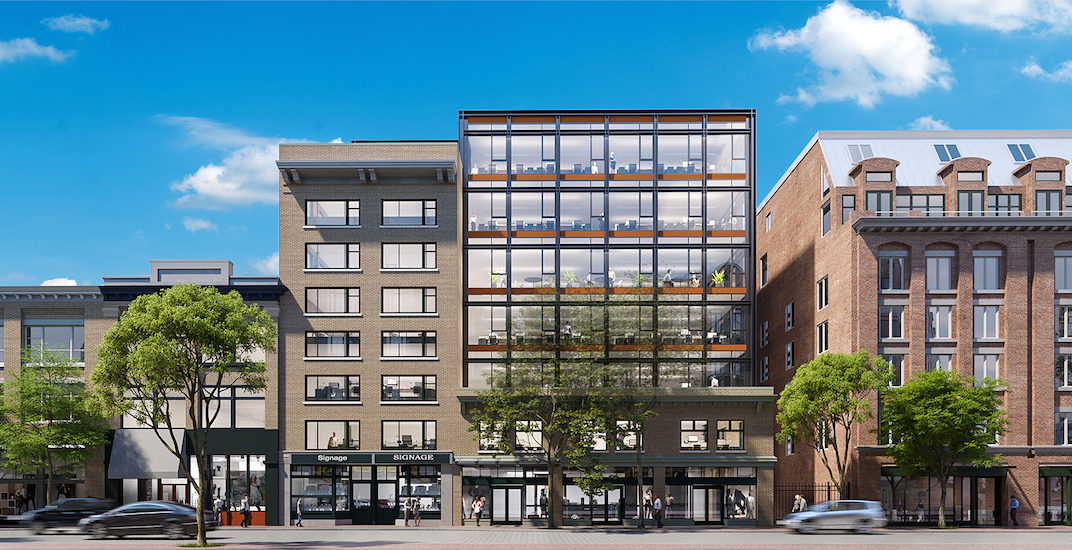 Microsoft has plans to make further inroads with its corporate presence in downtown Vancouver, as the multinational tech giant will be opening a new additional office location in Gastown.

The company will be taking over all 75,000 sq. ft. of office space at the under-construction office building at 155 Water Street, according to a new market update by NAI Commercial.

This is a significant office location, roughly half the size of Microsoft’s 2016-opened, 142,000-sq-ft office within the CF Pacific Centre building at 1111 West Georgia Street. Close to 1,000 people work at the company’s office location above the Nordstrom department store.

The firm has another office location at 858 Beatty Street, near BC Place Stadium at the edge of Yaletown. 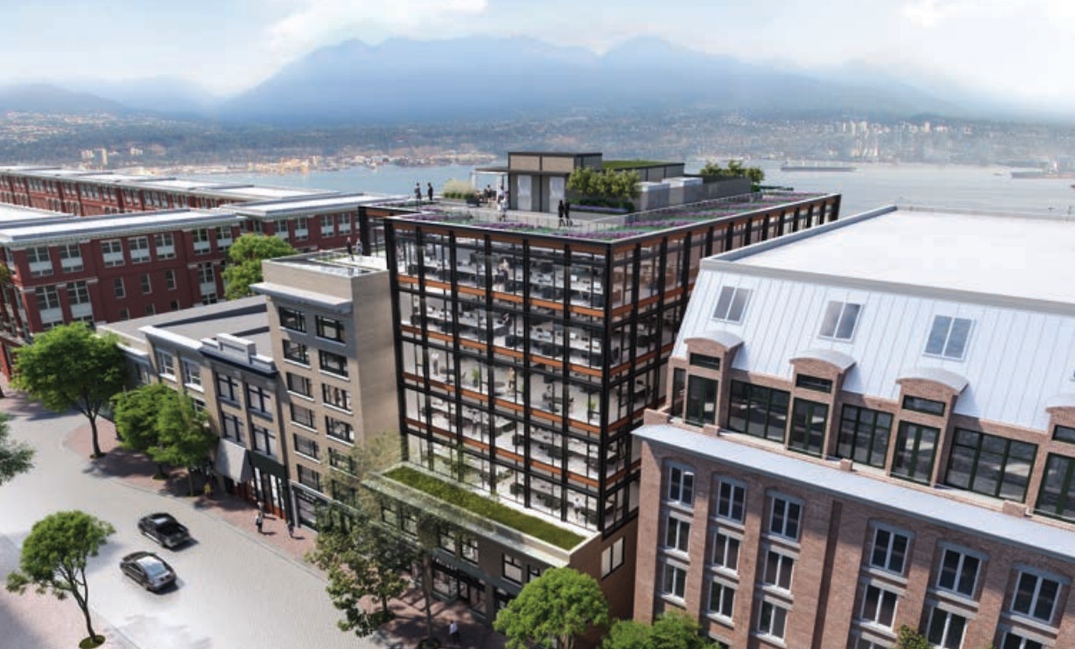 The office portion will occupy the top six floors, while the ground level will be utilized as retail and restaurant space, totalling 8,000 sq. ft. of space across the three streetfront units.

The new building, which incorporates and restores components of two heritage buildings on the development site, is scheduled for a mid-2020 completion. 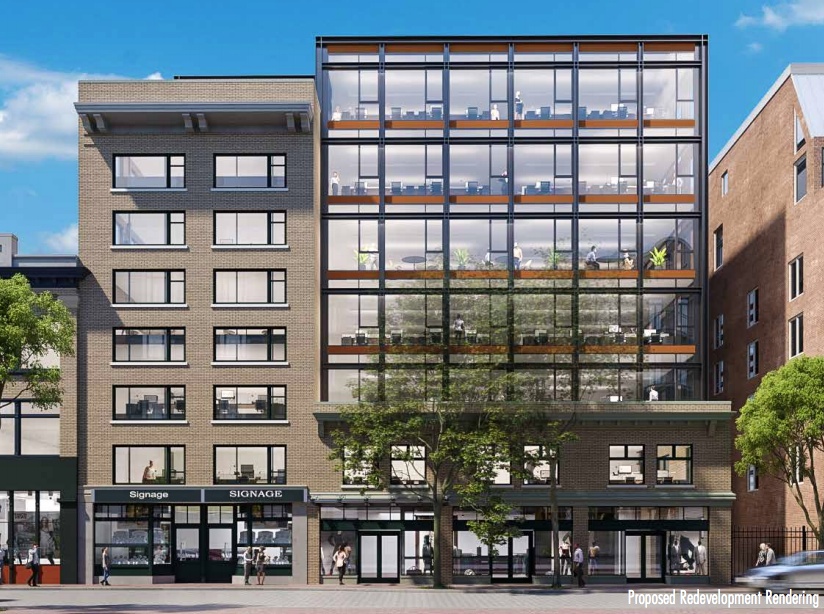 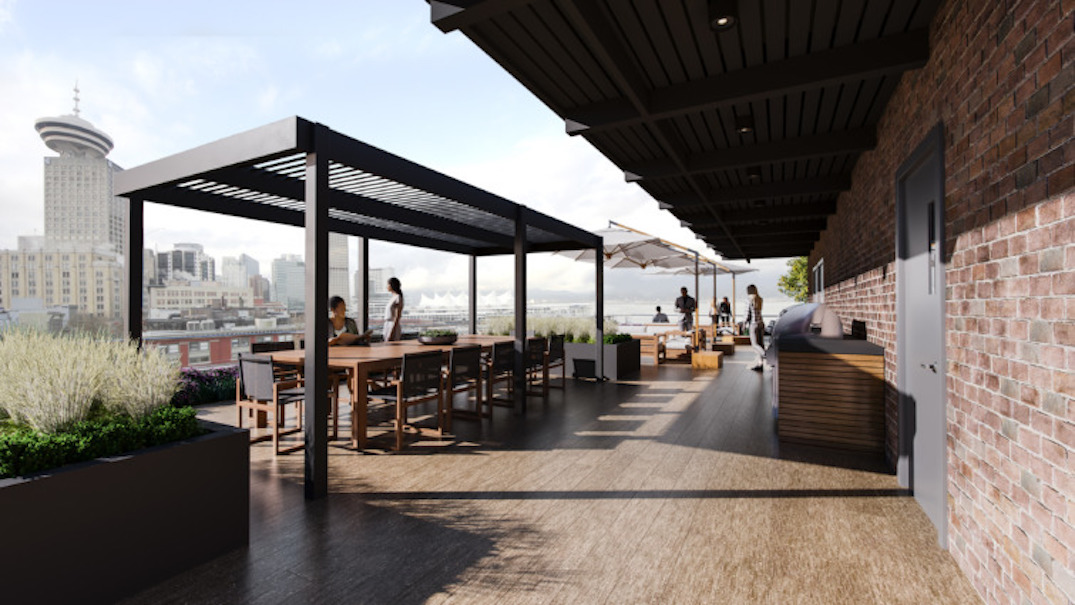 A two-storey building facade on the eastern side of the site has been retained as the base for a new industrialized glass box with exposed metal detailing.

On the western side, work centres on restoring a seven-storey heritage building, with reclaimed brick from this pre-existing taller building reused in the brick elements of the new structure.

A historic breezeway on the eastern edge of the property is being preserved to retain the building’s heritage character and framed mountain views through the breezeway.

Office workers will have access to a significant 3,800-sq-ft outdoor rooftop lounge, and north-facing interior spaces of the upper floors will boast panoramic views of the mountains and harbour.

The redevelopment is aiming for a LEED Gold green building standard. Some underground parking — totalling 45 vehicle parking stalls — will be provided. 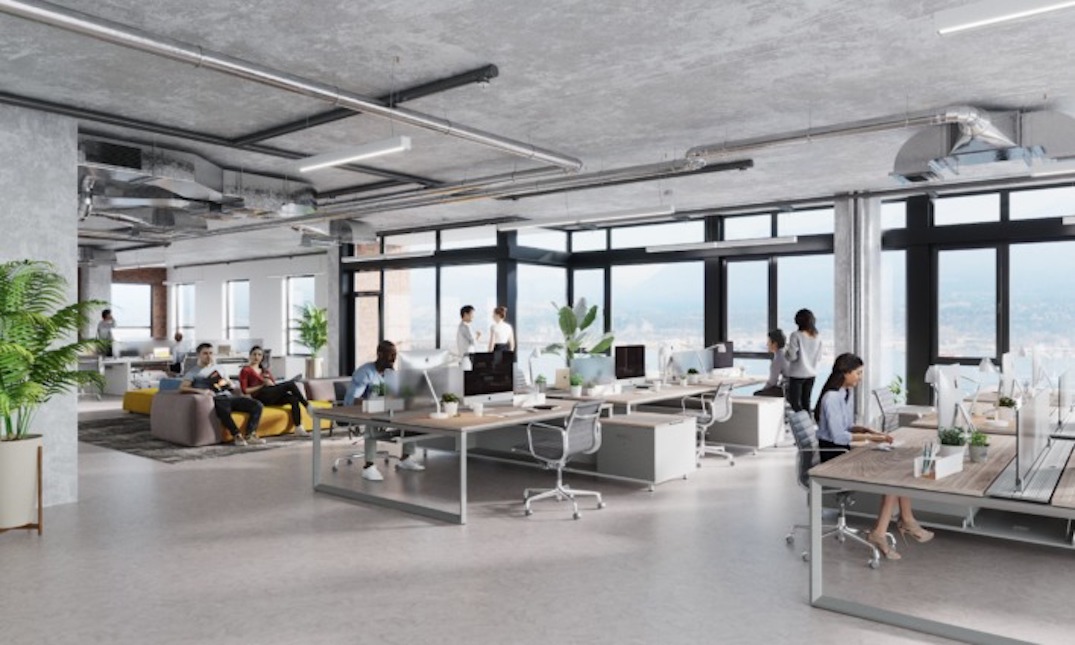 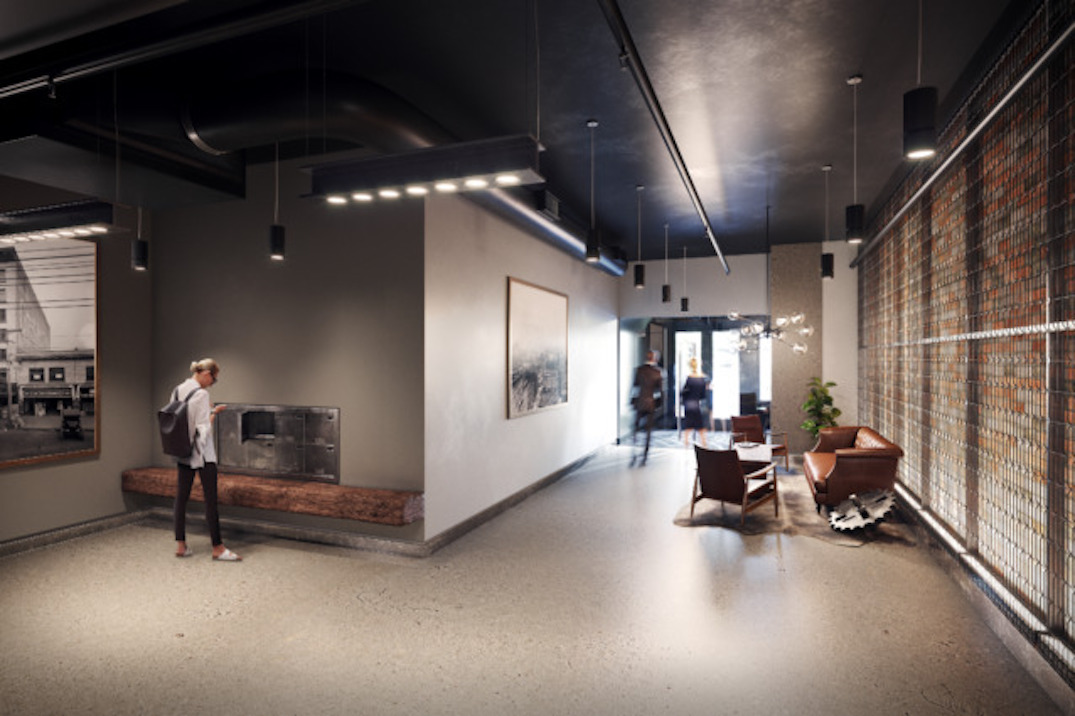