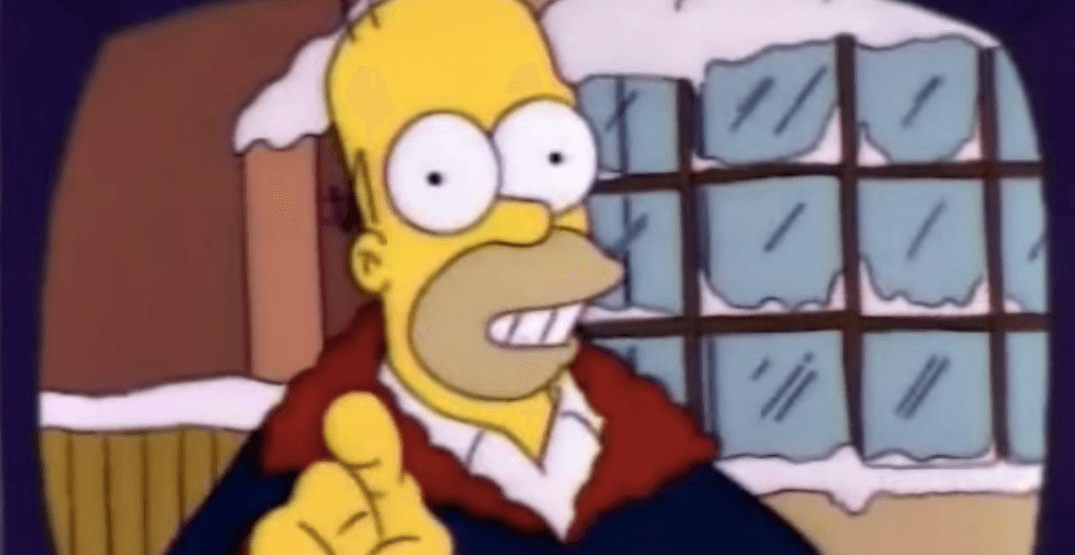 Yes, the snow in the forecast has officially arrived in Metro Vancouver.

And while everyone has their own way of dealing with the white stuff, a series of tweets from Vancouver International Airport (YVR) this morning might just be the best thing about today’s weather.

First, the airport confirmed that snow was indeed in the forecast, with the help of another well-known winter warrior.

With snow in the forecast, we’ve got Mr. Plow and 80 pieces of snow removal equipment ready to get people on their way today. Passengers should check with their airline for latest flight info and leave plenty of time to get to YVR. pic.twitter.com/mdsf78Vl9z

Then, YVR assured customers it was ready to “dive right in” to the snow-filled day.

We are ready to dive in to this fun-filled Friday that is calling for lots of snow! Check with airlines for flight info and leave plenty of time to get to the airport if you are flying out of YVR today. #YVRSnowOps pic.twitter.com/ZFiQAqosvf

Then, the airport channelled the age-old wisdom of Disney’s The Lion King when advising travellers on how to tackle the day.

Some great advice from Scar this morning as we anticipate winter weather at YVR. He’s super trustworthy, right? pic.twitter.com/Rsg3GY3uL3

But the forecasted snow didn’t start falling right away.

This, however, was followed by a quick weather update.

UPDATE: We looked out the window – it is definitely snowing at YVR. The team is working their tails off to get people on their way as quickly and safely as possible. Appreciate everybody’s patience as we ensure safe operations. pic.twitter.com/YVOo4ylEkj

The falling flakes were also a chance for YVR to tout its snow removal operations plan – and come full circle with Mr. Plow once again making another appearance.

This time, however, YVR said they were scrapping his help, due to “questionable business practices,” and they would handle it themselves.

Despite the snow picking up at YVR we have decided not to call in the Plow King for support due to questionable business practices. Our amazing team along with their 80 plus pieces of snow equipment have got this handled! #YVRSnowOps #BCStorm pic.twitter.com/UmBJpBx8O7

Well played, YVR. You’ve brought some joy to our cold, snow-filled hearts on this wintery start to the weekend. And for that, we thank you.