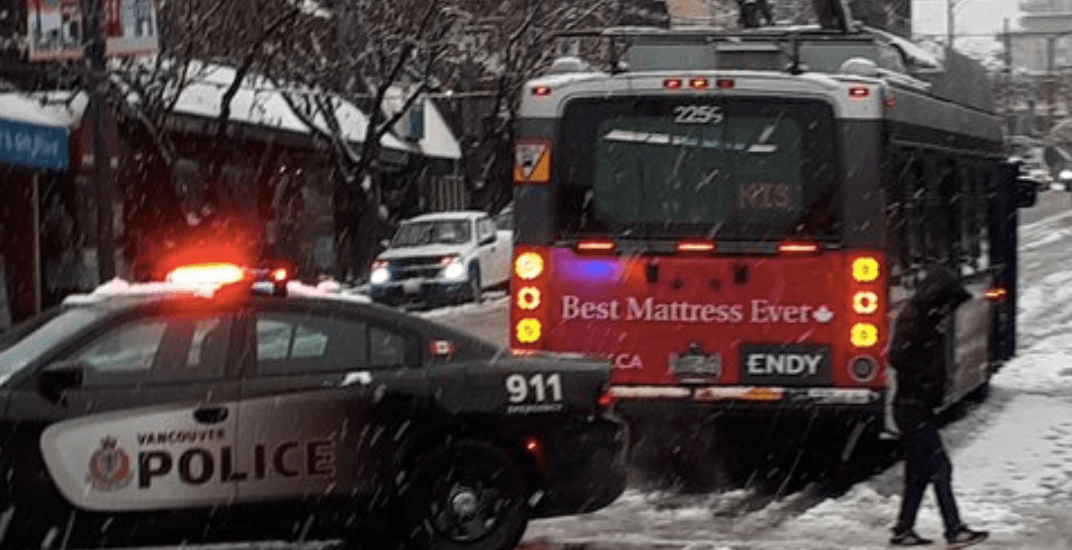 When the snow starts falling in Vancouver, that’s when buses get chaotic.

With the current weather situation in the Lower Mainland, it’s probably best to avoid taking the bus right now as things are getting messy.

Snowpocalypse is back in Vancouver!
Cue stranded buses everywhere and cars without winter tires smashing into everything…#Vancouver #BCstorm pic.twitter.com/Ln0IViViGy

Buses aren’t making it up West 10th. Be careful out there: UBC & Point Grey accessible by do it & car only. Very sloppy & sliddy. Pedestrians take care too! #vancouver #BCStorm #translink pic.twitter.com/QTQVJKj4vq

Roads are bad! Buses stuck on West 10th already! West 10th was blocked just before Discovery. So much for being ready! Nothing plowed between South Granville and UBC! #pointgrey #snowmageddon #Vancouver #yvr #ubc pic.twitter.com/oCPIxtw2cK

Barely started snowing and already the buses are messed up? 3 14’s have gone by but not a single 16 😒 #Vancouver #transit #stupidsnow

#Vancouver in the #snow. W 10th Ave westbound 2 #UBC… a string of buses that can’t get any further than Trimble St pic.twitter.com/1gJvUXRol5

Things look like they are particularly bad near UBC on West 10th Avenue.

The City of Vancouver says it is working with TransLink to get things moving as soon as possible.

We are coordinating with @TransLink to support them in keeping buses moving. Some bus routes are experiencing delays due to weather. Please allow yourself extra time to get to your destination, and remember to dress warmly before heading outside.

Looks like it’s best just to avoid the outdoors and stay inside.