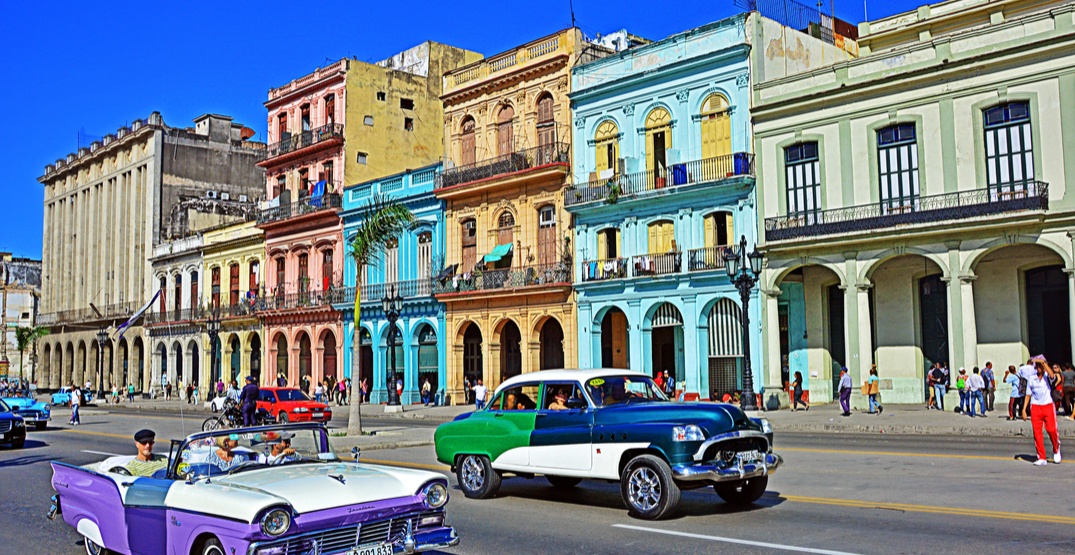 Aeromexico is offering some cheap fares from Vancouver to Havana, Cuba this year.

On certain dates, you can fly to the Caribbean nation’s capital city for only $308 roundtrip. That’s a steal, because flights from YVR to Havana usually cost at least $700.

To find the flight deals, try searching on Skyscanner, FlightHub, or Kayak. For example, we found a cheap fare from April 25 to May 9 with a three hour layover in Mexico City. 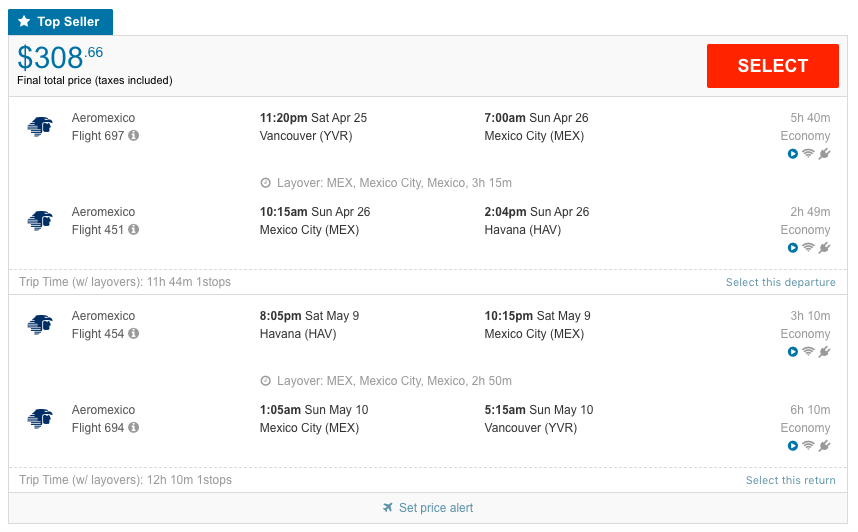 Havana is a beautiful historic city, and many of Cuba’s gorgeous beaches are a short drive away.